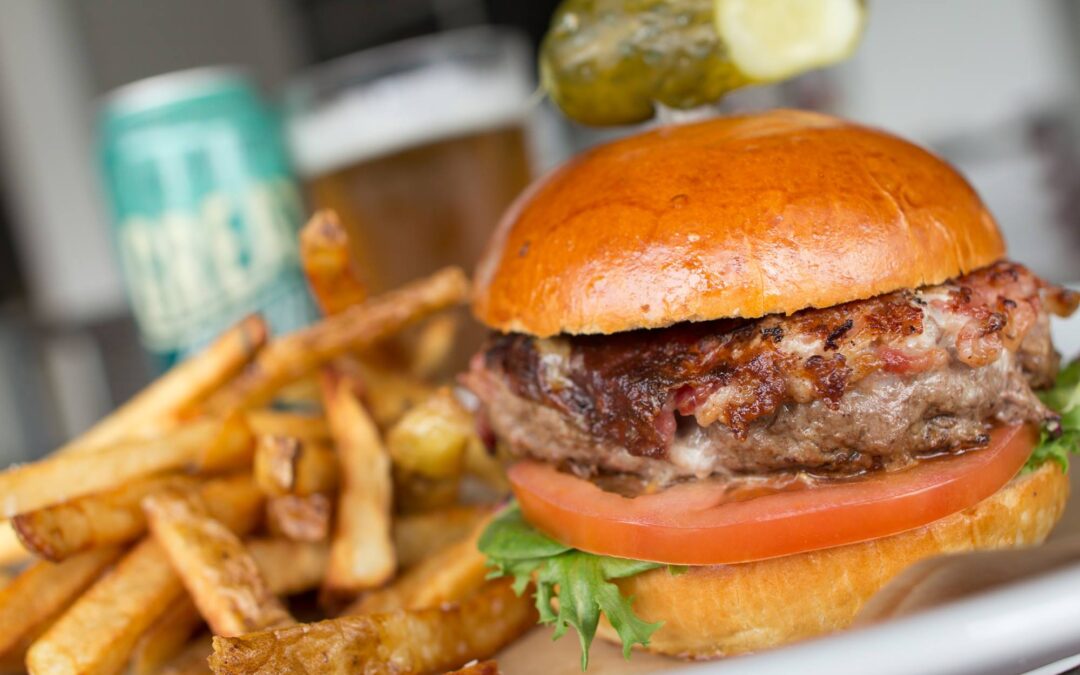 Kevin Sharkey was prepping for the fifth anniversary of his 1608 Crafthouse on Pleasure House Road in Virginia Beach when the pandemic struck in March 2020. He’s been battling ever since and survived.

“We were coming into year five trending upwards and looking pretty good,” explained Sharkey. “I had some sales goals I was pretty confident we were going hit, and then the pandemic came.”

Sharkey was quick to respond to the pandemic, choosing to transition his business as a to-go operation before it was mandated by the governor.

“The buzzword for last year was ‘pivot,’” said Sharkey, “and we did. We went from fully open and doing good business to doing to-go only and 50% of our normal volume.”

Sharkey was actively engaged with customers via social media during the pandemic, and he continued advertising and promoting 1608 Crafthouse in Veer Magazine. The to-go phase also provided an opportunity for the restaurant to enhance bulk orders of mozzarella cheese. Sharkey also installed a propane oven allowing him to offer Neapolitan-style pizzas for the first time.

At 50 percent down, Sharkey, the hands-on executive chef and owner, was able to maintain staff and keep the business afloat. He credits his staff with his success.

“We have a great team of people and everyone really understood the gravity of the situation and banded together,” he said. “We were all in it together to get through to where we are.”

If surviving the pandemic as a small, independent restaurant wasn’t challenging enough, Sharkey’s 1608 Crafthouse was faced with another near calamity just as limits on dining occupancy were being lifted.

“The fire happened Friday, April 30 (2021),” said Sharkey. “We were on track to have the best April we’ve ever had; all we had to do was have an average Friday.”

Minutes before opening on that last day of the month a fire broke out as a result of someone tossing a cigarette into the mulch of a flowerbed next to an adjoining business. While the flames quickly spread to engulf the facade of Sal’s Pizza, 1608 Crafthouse was seemingly spared of major damage. Seemingly.

“I looked outside and saw all this smoke,” said Sharkey. “We got substantial smoke damage. The entire restaurant was filled floor to ceiling with smoke. I’ve been doing this (restaurant business) for 30 years, and this was my first fire.”

After accessing the smoke damage, Sharkey closed the restaurant for a total of four weeks for restoration, which included replacing the ceiling tiles and lighting. All of the rafters had to be resealed. Now they’re back up and running strong.

1608 Crafthouse has an extensive menu aimed to please. Items such as the Bacon Cheeseburger ($14), Blackened Chicken Sandwich ($14) and Fried Green Tomato BLT ($14) are very popular with customers as are entrees such as New Orleans-style Shrimp & Grits ($25), Nashville-inspired Hot Chicken ($25), Scallops and Bacon ($25), and Asiago Chicken ($26). You can even order Roasted Corn on the Cob ($8, in season), Lamb Meatballs ($13) and Roasted Brussel Sprouts ($12) — each a meal unto themselves.

“We try to get whatever’s fresh and local,” Sharkey shared.

1608 is also known for its craft beer selection featuring numerous limited released cans and draft options — not the same ol’ beers found everywhere across town.  Their thematic Sunday night beer dinners have been popular since the restaurant opened and will be returning this summer.