Lindsey Miller: The Fire Behind The Smoke At Redwood 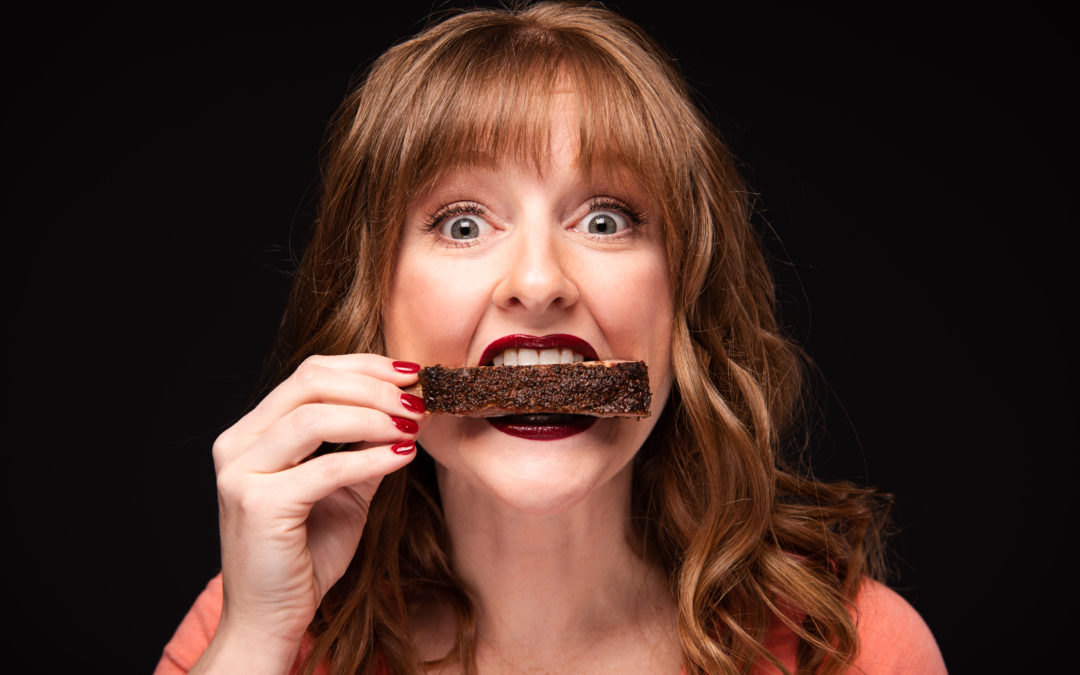 You may have heard about Bob Roberts and his award-winning, Central Texas-style barbecue. You may know that he found a stationary home for his two-year-old Redwood Smoke Shack food truck in the former Dog-n-Burger in Ghent, fitting not just for its elemental aesthetics (who wants a smoke shack in a spiffed-up strip mall?) but for its capacity to handle two smokers out back. You may have even already sunk your teeth into his lovingly-crafted, fork-tender brisket or his street corn, as much fun to eat as it is to hold with husks flapping off the charred ear like a jester’s crown. At least if you’re lucky, you have. For his low and slow cooked ‘que, from that beef to ribs to pulled pork and chicken, is gobsmackingly irresistible and sides like mac & cheese spiked with green chili, dusky pit-smoked beans and cilantro slaw are equal draws. Heck, corn pudding is so fluffy and sweet you might make it dessert. That is until bananamisu, the crossroads of upmarket banana pudding and down-home tiramisu.

But what do you know of Bob’s girlfriend, Lindsey Miller (we dare not call her his Adam’s rib)? Without her – shudder the thought – Redwood might never have taken root.

They met online four years ago, and their first date was a gathering of the Seven Cities Brewers Homebrew Club at O’Connor Brewing Co. Back then, Bob managed contract catering at NSU with dreams of opening a brewpub. Talk about being service-oriented, he told her, “If you don’t like me, maybe you’ll like someone else in the club.” But she fancied him (there’s a padlock engraved with their initials commemorating that date on O’Connor’s fence) as well as his Oklahoma Joe’s smoker and pig cooker custom-mounted to a jet ski-trailer, primarily used for an annual backyard luau.

Between luaus, Bob played around with smoked meats. “I was happy to be one of his guinea pigs,” Lindsey shares. No stranger to barbecue, she grew up near Pierce’s Pitt in Williamsburg and considers pulled pork a dietary staple. “Anytime I went out to eat, if there was a pulled pork sandwich on the menu, I was going to try it,” she states unequivocally, underscoring real ‘que cred.

As their romance heated up, she told him, “I’m not just saying this because I’m your girlfriend and I have to, but this is the best pulled pork I’ve ever had.” He didn’t really believe her, and brushed off the praise. When she finally got a taste of his smoked whole hog at the next luau, she urged Bob to take his backyard smoking to the next level.

That would be the front yard. One chilly weekend in 2016, after Bob used his tax refund to purchase a larger Lang reverse-flow smoker, they set up shop at the end of their Churchland driveway and hawked meat to neighbors. It went over so well they did it the following weekend, and folks lumbered up with lists in hand. When they weren’t around the next weekend, someone left a note in the mailbox asking when they’d be out again. “That was the first time I told Bob, ‘Now do you believe me?’” she recalls.

Meanwhile, Pleasure House Brewing’s Drew Stephenson, a friend of Bob’s, asked if they’d feed beer masters at a local festival. Afterwards, the owners kept asking him if he could do a pop-up at their breweries. Lindsey recalls, “So I said to Bob, again: ‘NOW DO YOU BELIEVE ME?’”

She suggested a food truck and Bob found one on eBay. It was in his home state of New York, not far from old friends, so they made the trip reckoning that even if the trailer didn’t pan out, they’d have a fun visit.

They wound up driving the trailer home, bandying names for it along the way. “Bob knew he wanted Shack in it,” Lindsey shares. “And then it hit me: Redwood!” It clicked because the wood on the side of the trailer is red and during their trip, Bob took her to his old upstate hangout: Redwood Diner.

For the entire year following Redwood Smoke Shack’s launch in 2017, Lindsey, who works full-time as a registered client service associate at Davenport & Company, rolled with the truck every weekend. “I was cashier, customer service, side scooper, sauce filler, the list goes on,” she says. And she was alongside as Bob consumed every BBQ cookbook under the sun and binged on BBQ YouTube videos. “I’ve fallen asleep to Aaron Franklin’s voice coming from Bob’s cell phone numerous nights,” she recounts.

So it was like she knew the famous pit master when they met at Franklin Barbecue in Austin during one of Bob’s Texas pilgrimages, rubbing elbows with BBQ royalty. Upon devouring Franklin’s brisket, she turned to Bob: “Hun, I feel like I’m eating brisket from Redwood Smoke Shack.” His eyes lit up, but she thinks he still didn’t believe her.

Lindsey doesn’t have an official title, though the crew at Redwood’s new home (which opened June 22) dubbed her “Boss Momma” and Bob thinks it suits her. He values her ideas, like naming the two new smokers (all pit masters name them, you know) after his dogs, Bubba and Daisy. “His dogs are both up there in age so this will be a way to always have them by his side,” she explains.