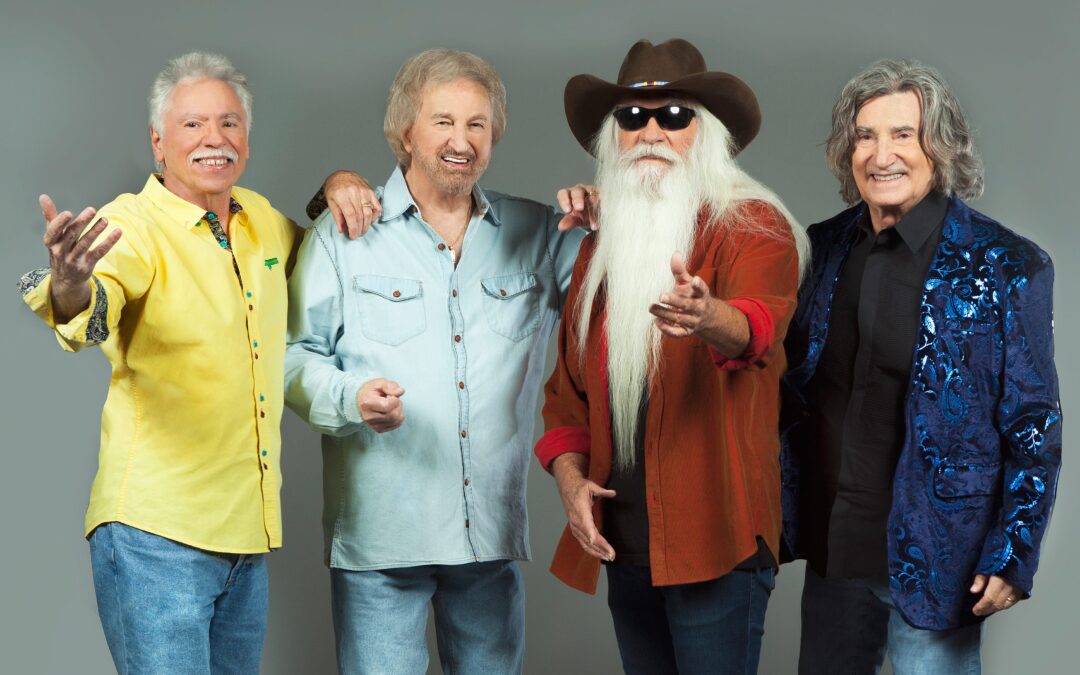 After 40 years, the hearts of fans who love legendary country/gospel crossover group The Oak Ridge Boys are still on fire for “Elvira,” the song that in 1981 became a platinum-seller and elevated the harmonic vocal group to superstardom.

“It took us from being a country act — before ‘Elvira’ we had 10 #1 country hit records — and propelled us to another level,” said Richard Sterban, the low bass singer in the four-man group. “All of a sudden we were going from playing performing arts centers to arenas that were packed out.”

For Sterban, who had departed the limelight as a member of Elvis Presley’s live touring band in 1972 in a leap of faith to join the then up-and-coming Oak Ridge Boys, the level of success “Elvira” brought was deja vous plus some.

Over the course of their career, The Oaks, as they are affectionately called by fans, have scored 12 gold, three platinum, and one double platinum album, plus one double platinum single, and had more than a dozen national Number One singles and over 30 Top Ten hits. The Country Music Hall of Famers are currently on their Front Porch Singin’ Tour, which makes a stop at the Sandler Center in Virginia Beach on January 27.

As is the case with most country music artists, the songs recorded by The Oak Ridge Boys were penned by someone else.

“Elvira” was written and recorded by Dallas Frazier in 1966 as a minor hit single for Capital Records. The song even remained relatively obscure when Rodney Crowell recorded it for release in 1978.

Ron Chancey, who produced all the best-selling albums recorded by The Oak Ridge Boys, pitched it to The Oaks after a friend of Chancey’s had heard the song performed in a bar by a cover band in Texas. He got a version of the tune to Chancey with a note “this would be perfect for The Oak Ridge Boys.”

“I remember the day he played ‘Elvira’ for us in the studio,” said Sterban. “We all looked at each other and said, ‘Wow, this is the song we’ve been looking for.’ It was the first time I had heard it and I thought this could be something special.”

With Chancey at the control board helm, The Oaks recorded “Elvira” at Woodland Sound Studios in Nashville for MCA Records. They changed the vocal key higher for Joe Bonsall to sing lead, and Chancey suggested Sterban do the “Giddy up, oom poppa, omm poppa, mow mow” part in what is now regarded as one of the most recognized vocal bass lines in recorded music history.

“The day we recorded it we knew it was going to be a hit,” said Sterban. “All the musicians were smiling, the song went down very easily. We recorded it in two or three takes and felt very good about it.”

To test drive “Elvira,” The Oak Ridge Boys injected it into a live set before it was released to radio. The reaction from fans was convincing.

“We were in Spokane, Washington and right in the middle of the show we decided to try it out without saying anything about it,” Sterban explained. “We sang ‘Elvira’ and the place came unglued. People stood up and cheered and the applause would not quit. We did it again as the encore, and then got a similar response on the rest of our west coast tour.”

The Oak Ridge Boys called on MCA Records to release it as a single, and in 1981 it was a Top 5 hit from June to August on Billboard’s Hot 100 chart across all genres.

“I guess it turned out okay,” said Sterban.