Fall In Love with Fellow Travelers 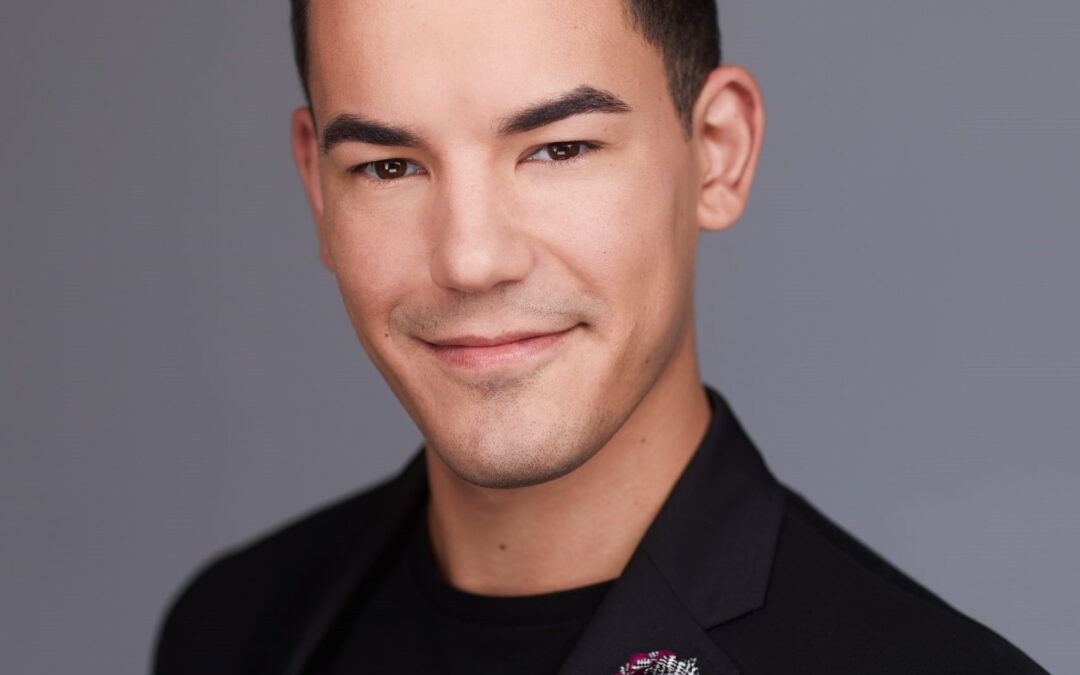 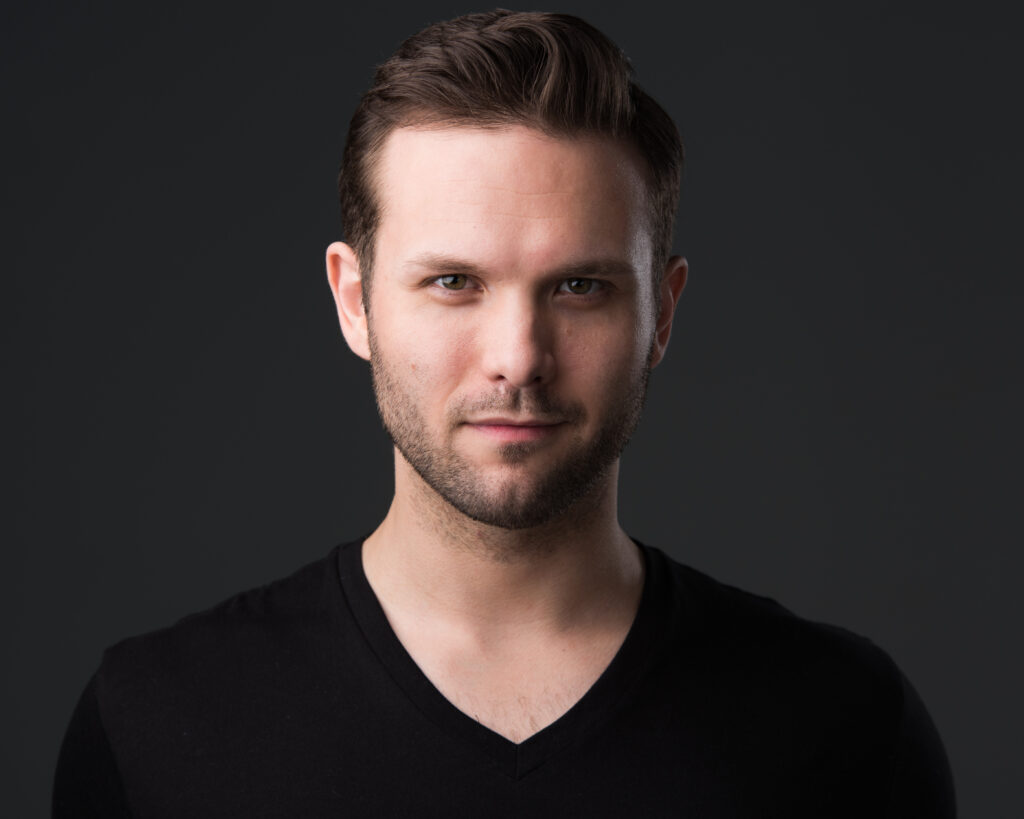 Virginia Opera’s upcoming production of Fellow Travelers offers “exquisite music,” a profoundly moving love story, a bit of a history lesson, a local connection, and what just might be, in its emotionally accessible music and plot, a great choice for a first opera experience, according to stage director Kevin Newbury,

It’s a story of “star-crossed,” or society and government crossed, true love that had little chance of running smooth, not a love story that just happens to be about two men, but about how two gay United States civil servants fall afoul, solely because of their sexuality, of one virulently (ironically?) homophobic senator, the notorious Red baiting Joseph McCarthy.

Newbury, plus Virginia Opera Artistic Director and Fellow Travelers conductor Adam Turner and composer Gregory Spears all spoke about the piece by phone, and all made the point convincingly that this is not a special interest work, but one that has, in numerous performances in various communities all over the country, moved to tears and laughter, delighted and gripped  audiences who were straight and gay and of all variations of romantic outlook.

Spears is our local link. He’s a Virginia Beach native and Cox High graduate whom Newbury calls “perhaps the Puccini of our generation.” Since Newbury has directed at the Metropolitan, San Francisco and Chicago Operas, and a host of other highly ranked houses, his judgment should be valued. (Newbury directed the Arts Festival & VaOpera joint Spring 2011 world premiere of Rappahannock County, and VaOpera’s Hansel and Gretel that Autumn.)

Spears’ first composition teacher was Hampton Roads’ own internationally renowned Adolphus Hailstork, with whom he studied even before heading to the Eastman School of Music (followed by a Masters from Yale, a Ph.D from Princeton and a Fulbright Scholarship at the Royal Danish Academy of Music.)

Among the many ideas that Hailstork imparted to Spears, the composer said, were “to write music first and ask questions [about theory] after,” and “that you had music in you that you could access.”

Gay love in 1953 America was no more tolerated than when British Victorians termed it “the love that dare not speak its name.” When McCarthy went after the Communists he falsely claimed infested Government service and American society, in what became known as “The Red Scare,” he also targeted gay men and lesbians in the lesser known “Lavender Scare.” Thousands lost jobs and had lives shattered.

The term “fellow travelers” was a term of opprobrium for those who were supposedly sympathetic to the ideals of Communism or socialism, without being members of formal parties.

The protagonists of the opera, adapted by librettist Greg Pierce from Thomas Mallon’s 2007 novel of the same title, are recent college grad and anti-Communist idealist Timothy Laughlin and older diplomat Hawkins Fuller. (Obviously an aristocrat with that surname as a first name, and a Harvard grad to boot.) Nine singing actors play a total of seventeen roles.

A little of what Newbury had to say: “This story is very accessible to all audiences…

I have seen  [Fellow Travelers] move people in so many cities and so many companies over the years…though there is a political backdrop, historical backdrop…ultimately it’s a love story….It’s about the relationship of these very rich characters…It’s exquisitely beautiful and, honestly, people, they laugh and cry…people will often reach over and hold the hands of their loved ones regardless of their sexuality or gender or persuasion, even regardless of their previously held beliefs… You’re seeing the political scene of the early 1950’s play out relationships among senators and co-workers. There’s a wonderful Christmas party scene and I think everyone can relate to stories of falling in love [when] the backdrop is not maybe hospitable…people connect with these characters…I see people’s minds and hearts open. We are not setting out to necessarily change everyone’s minds. It’s about telling a story that encourages the audience to think about the world we live in with a bit more empathy and compassion.

Turner: [Kevin] is just really attuned to making new works and contemporary opera accessible and relevant. I went to see this opera in Cincinnati and was just blown away …He’s given it an urgency and relevance.”

Spears: “I have enjoyed most hearing…that the operatic dimension did not get in the way… they just a thought of it as a good way to tell a story…Music can…bring you close to something quickly…layers of tension or emotion that might not be right on the surface….an emotional connection between us and the story …something that you cannot get in a Wikipedia article.”

Newbury: “I like to say that Greg’s music is…like Monteverdi [early 1600’s] and Phillip Glass [contemporary] had a love child listening to 50’s pop music…

Turner: “Its about keeping your love a secret.”

Newbury: “Now at time when our queer community is increasingly under attack in this country and the culture wars of the ’80s and ’90s are repeating themselves…Fellow Travelers is perhaps even more important than when we premiered it in 2016.”

Spears: “You have this invisible force…music that is so present. That is what draws me to opera…It can do things that other art forms cannot.”

Newbury: “When you see…the ‘Bermuda Love Duet,’…see and hear and watch two men falling in love on stage, set to exquisitely beautiful music, it has the power to change hearts and minds…people can relate to…falling in love when not everyone approves. It has a lot in common with iconic stories like Romeo and Juliet….You’re going to smile a lot and enjoy it and you’re going to learn something but ultimately it’s going to break you heart at the end because every night everyone in the audience was in tears and how often does that happen?”

Turner: “I had no idea that contemporary opera could do this to me…[it] just reduced me to a sobbing mess.”

Newbury: “It moves a lot more like a Broadway musical than a traditional opera…People are in for a real treat. They are going to be moved  and learn something and they are going to connect to a chapter of our history that maybe they have not been exposed to before…people will be surprised at how easy the story is to follow and how moving the story is …there is no need to be shy or nervous… I think that Fellow Travelers is the perfect first opera…coming to an opera that is in your native language is a helpful way into the art form.”

Opera News cited Spears’ “neo-Puccinian lyricism,” adding “This is music that breathes along with the story it tells.”

The American Record Guide online cited “A wonderful vocal ensemble for the main characters near the end has the dramatic and emotional heft of Verdi,” summing up that “The musically engaging Fellow Travelers relives one of the most intensely toxic eras with its clear-eyed spotlight on a heart-tugging romance in a hostile environment.”

The Chicago Tribune said, “The opera shuns polemics in favor of doing what so many operas have done before — telling a deeply human love story.”

From the novel Fellow Travelers by Thomas Mallon.

Sung in English with supertitles

(Additional performances in Fairfax and Richmond)