Ambient Music Showcase at The Z 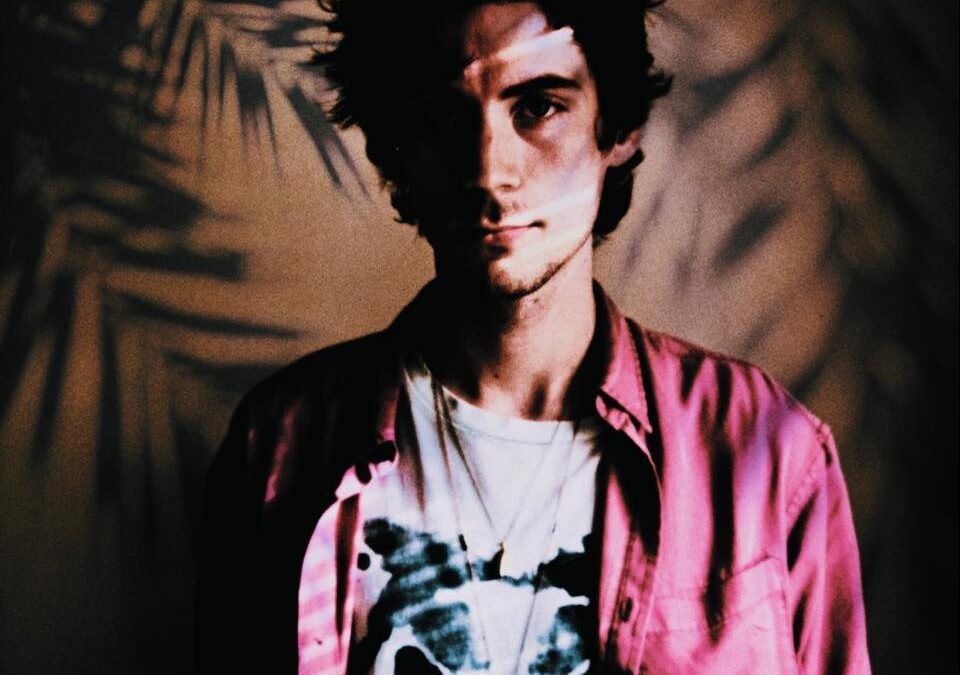 During a conversation with Liz Terrell, program director at Zeiders American Dream Theater in Virginia Beach, I suggested a showcase of local, independent ambient music composers.

To me, The Z — as the venue is often affectionately referred to as — offers a unique, intimate setting for an audience to experience Ambient music with its crescent shaped mini-stadium (200) seats looking down on the stage. The Z also has an exceptional, in-house sound system and video projection.

Ambient music is all about mood. Think of soundtrack music. Not “Saturday Night Fever,” but of the soundscapes — often symphonic scores — a film director/producer might layer behind the scenes in a movie.

Psychologically, the music in the background enhances the visual by adding a sonic sponge of emotion.

For this concert (called Ambient Music Showcase, Friday, January 20 at The Z), the musical artists — From Overseas, Crash Mosaic and Karacell — were given complete freedom to create a new work and make use of the Z’s audio/visual capabilities in order to produce something quite different than an audience would experience at a local bar.

Expect the music, paired with the visual component, to evocatively set and explore a mood, perhaps telling a story void of words, yet still communicating with the audience.  This could be dramatic or scary, and then again the work may be more meditative.

Kevin Siery, who records and performs as Overseas, uses an electric guitar played with a cellist’s bow. The instrument is plugged into a slew of effects pedals, looped, and outputted as blissful wall of sound. In 2022, he released the album “Misty Memories” with City of Dawn.

In 2022, Crash Mosaic released the track “Peekaboo” and Karacell performed a new score composed to accompany the 1922 silent horror flick “Haxan” at The Naro.

To learn more about what Karacell and Crash Mosaic have in store for this performance, I thought I’d share this Q&A.

VEER:What do you have in store for the Ambient Music Showcase?

Karacell: I will be performing a set of synthesizer-based music accompanied by visuals.

Crash Mosaic: I’ve composed several pieces of music, mostly utilizing generative synth patches I created to bring forth an amorphous audio experience for the audience to lose themselves in. I wouldn’t be offended if I saw some people sleeping in the audience. In fact, that’s my goal. If I can put one person to sleep I’d say my performance was a success

VEER: Did you create new music or will you perform something else from your catalogue?

Karacell: My current live sets are influenced by the combination of EDM and Ambient genres, but I have been working on new material specifically for this performance that hopefully makes it into the set.

Crash Mosaic: All of the music I will be performing is new. Over the last couple of years I’ve found myself in front of my synth late at night repeating the same four to eight woozy chords, slipping into some sort of drunken bliss as a form of my own private meditation/stress relief. Composing ambient music with the intention of performing it for an audience is something completely new to me and has definitely helped strengthen my skills as a sound designer, which I look forward to utilizing in the music I create in the future.

VEER: How will you make use of visual components for you performance and how important are visuals to you in communicating the message/vibe/experience of your work?

Karacell: Visuals have always been an important aspect of my live shows. Because my performance is typically limited to staying behind my instruments on stage, it’s good to have a more interesting visual element for the audience. When possible, I always try to bring a projector to shows. I’m looking forward to seeing those visuals in the space at the Zeiders American Dream Theater.

Crash Mosaic: When quarantine happened back in 2020, I was out of work for 10 weeks. I feel very grateful to have been able to spend all of that time writing minute jams and creating accompanying visuals for them on Instagram. Those daily exercises helped me to realize how visuals can be a gateway for other people to connect with my music should they not feel drawn to the music itself right off the bat. It’s like looking at an object from two different angles at the same time. Being in two different places at once. I will actually be using a good amount of footage I shot from that time as the visuals for my performance. In my own experience as a music fan there have been instances of music videos or light shows at concerts that have exponentially increased my love for certain songs, especially when the concept is loose and abstract because I can still retain my own interpretation. The artist’s vision just adds a little seasoning to that.

VEER: What do you hope the audience will take home from experiencing your performance?

Karacell: When I’m listening to ambient music I like to just lose myself in the textures of the sound, so maybe others will enjoy that too. If someone is new to ambient or electronic music, I hope that they are inspired to seek out new artists to listen to and enjoy.

Crash Mosaic: I hope people walk out of the theater with an intention to take more time out of their day to slow down. Most of the people I’ve informed about this event needed a description of what ambient music was. Again, during quarantine it seemed like the world had realized we were overworking ourselves and stressing out so much about things that held little importance. It’s nice to be getting back to the way things were, but we need to hold on to the realization that at the end of the day our mental health is what’s most important. Taking daily walks while listening to music is how I slow down and center myself when I feel shaken out of my optimal mental state. Music doesn’t have to be the answer, but I hope this showcase opens the door for people to find what works for them.