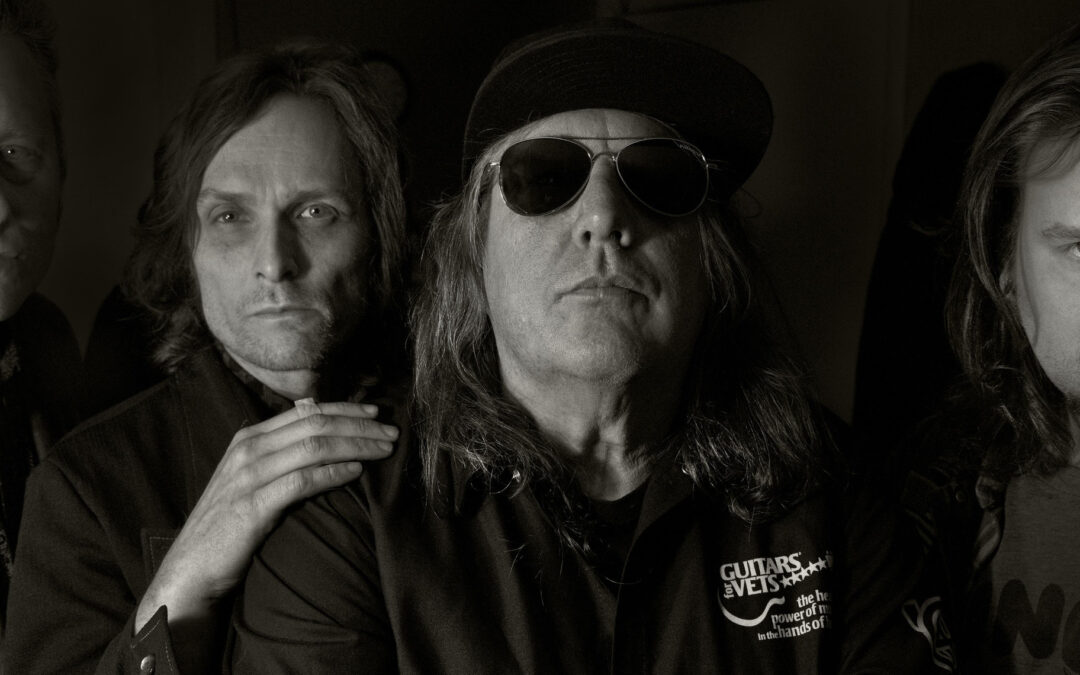 By the time Kevn Kinney moved to Atlanta from Milwaukee in 1982 he was an old young man.

He’d been working since he was 16, hard labor, jobs most nobody else cared to do. In Georgia that was working as a form carpenter building sewage plants. For $4.50 an hour, a big jump from the $2.15 an hour up north. He had some stories to tell.

In Milwaukee, he grew up in an Irish-Catholic, middle-class family, five kids in 1,000 square feet. Tight not but too tight for pianos and guitars. Expressing yourself after a bad day meant sitting down at the piano or with a guitar.

The city supported a healthy music scene. Brian Ritchie of the Violent Femmes was a high school friend. Kinney played in The Prosecutors, a punk band that had regular gigs on those high-demand Tuesday and Wednesday nights. Most of the audience was members of other bands.

In Atlanta, though, he started to write songs. They were story songs, but story songs channeled through that punk anger and passion he cultivated up North. He made a demo tape that he describes as “all over the place.” And he began hanging with Tim Nielsen, a bassist and songwriter with the popular local band, The Night Porters, who had also moved south from Minneapolis. Nielsen told him he needed to start a band. He drove Kinney around town to recruit members. They failed so Nielsen volunteered and brought along Paul Lenz, the drummer for The Night Porters.

“Tim kind of started the band without telling me, ” Kinney says by phone from Atlanta where he’s returned after a stint in New York. “We had a vision, like, this is what the city needs. We have something to say. I was a ripe old 25 when I started Drivin’ ‘n’ Cryin’. I had worked in the Midwest. I worked very hard. I’d had jobs since I was 16, living on my own paying my own way since I was 17.”

There was a supportive community in Milwaukee, but in Atlanta, it was more like a collective. “We were all intertwined in our quest to support each other and be happy for each other,” he notes. He’s still that way, supporting former members of the band like Aaron Lee Tasjan, and friends made along the way like Jesse Malin, Todd Snider, Elizabeth Cook, Shawn Mullins, and Butch Walker.

In Atlanta, he was also getting into folk. That clash with punk created a band with more than one side — driving and crying. “When we started, I wanted to start a band that was like a mixtape,” he says. “When I make a mixtape it’s John Denver, and Bob Dylan, both sides of that spectrum. And then Sabbath, Ramones. Sex Pistols, Robin Trower.”

He was into the meaningful songs of Bruce Springsteen and U2. “I wasn’t as smart as them or as well read as them, but I definitely wanted to kind of wear my heart on my sleeve. So that’s kind of where that kind of came into being,” he adds. “I’m a huge fan of Buddy Holly and Ozzy Osbourne, and Sabbath and Zeppelin. I didn’t want any rules, you know.  I didn’t intentionally say I want to do all these different styles. Whatever came into my head that day, and in that space, I was not going to try to mutate it to this middle ground. ”

In those early days, they also owed a debt to Kinney’s answering machine. “I would be traveling and I would come up with a melody so I’d pull over to a payphone and call my answering machine,” he said.

Technology has advanced. Kinney keeps those ideas on his phone’s voice memo and there are a lot more of them thanks to the convenience. “I have a shit ton of homework to go back through them,” Kinney adds. When he starts work on a record, he’ll sit around with bandmates, hit play and work through one file after another deciding whether it will become a song.

Kinney may be an old hand, but he says he’s still energized and still learning from the music being made by friends old and new. “What I try to teach young people is that I’m not here to tell you anything, because I did a lot of shit wrong. And, you know, don’t do what I did,” he explains. “I’m here to watch you grow. I’m never going to be that old guy that’s just going to be crabby and thinks he knows everything. That’s a healthy way I think of being part of a musical community.”

There’s just one problem with that, Kinney adds. “It’s exhausting trying to keep up with everything. And expensive.”

His friends keeping up with everything Kinney have a new offering. He released a solo album, “Think About It” earlier this month with help from R.E.M. founders Peter Buck and Bill Berry as well as Brad Morgan of Drive-By Truckers. There are a couple of reimagined Drivin’ ‘n’ Cryin’ songs including “Another Scarlet Butterfly.” But it’s mostly Kinney. Alone. “It’s like a study in loneliness, I guess,” he says.

But that’s not a negative to him. Being alone in an attention-demanding world, he says, can be refreshing. “I got to think for myself. I got to be by myself. Some people embrace loneliness. It’s actually more of a fact of life, you know, for the way that I am living my life,” he explains. “I travel and I spend a lot of time by myself. And that’s kind of was what the kind of beginning stages of this thing was, just let me think about it.”

While the band has had a long career through a number of personnel changes — Kinney and Nielsen are original members — it also never topped the charts, any charts. “We are an underdog. We are kind of a cult thing, you know? ” he says. “There’s good news and bad news. The bad news is that not that many people really know who we are. Some people know the name, but they don’t really know (much). They know “Straight to Hell” or “Fly Me (Courageous).” But to me, that’s good news. It’s not like a lot of people know who we are and don’t like us.”

A Kinney quirk is never writing a setlist. No two shows are the same. The band, he says, must know at least 70 songs heading into any show. There’s no telling what they’ll play at Elevation 27 on Jan. 13.

Why? Kinney says it took so much energy to write a setlist and then he’d get to the show and the crowd was different — crowded or quiet or calling for certain songs — and he’d changed it. They try to do a couple of songs from every record. They have an acoustic set, but…it depends on the audience. He’ll try to fit in a request. But if you shout it again and again, forget it. They may play a song that hasn’t been in the set for months, something he admits is an adventure.

“I don’t know what the feeling of the show’s going to be like. But the main thing — there’s three main things,” he says, checking himself. “I just came here to sing to myself. That’s the first thing. I’m here to heal myself. You’re here to watch me and heal myself, entertain myself. But I’m also here to entertain you and I’m not here to fuck with you. So, you’re gonna hear the hit songs.”