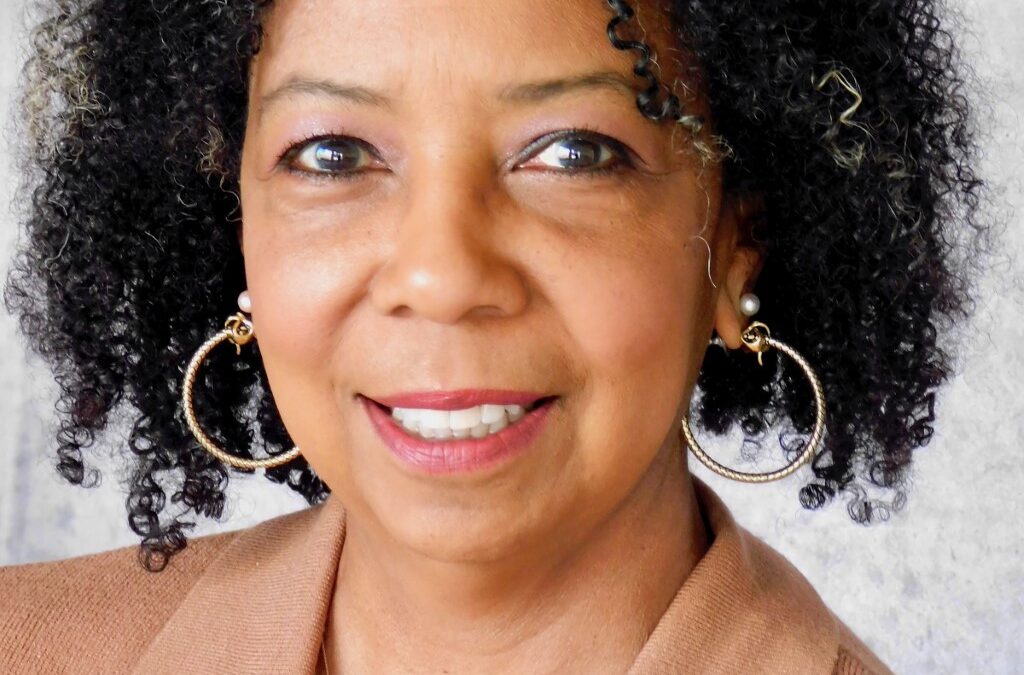 Noteworthy is that Dr. Warren now has the distinction of being the first Black woman to head a significant symphony orchestra in America.

Andrea Warren is no stranger to the Virginia Symphony. She previously served on the VSO’s board of directors following a successful 13-year career at the Governor’s School for the Arts, retiring in 2021 as its executive director.

Prior to the Governor’s School, she dedicated 20 years of her life as an educator with Virginia Beach Public Schools.

It is also worth noting a passion for the arts extends within Warren’s family. Her daughter, Adrienne Warren, a 2005 graduate of the musical theatre department at the Governor’s School for the Arts, won both the Tony Award for Best Featured Actress in a musical and a Drama Desk Award for her performance as the title role in Tina, the Tina Turner Musical.

I recently enjoyed a conversation with Dr. Warren to congratulate her and learn more about her perspectives about her new role.

VEER: I imagine there were many aspects of being executive director of the Governor’s School for the Arts that prepared you for your new role with the Virginia Symphony Orchestra. In some ways this will be very similar, won’t it?

DR. WARREN: Yeah, with the Governor’s School one of the focuses I had was to make sure we reached out to those communities that were underachieved and making art available to everyone in our entire community; making sure Governor’s School population really reflected our community.

The same thing with the Symphony. Making sure our audiences reflect the community. Making sure our community understands that symphonic music is something that is part of our culture; something that is part of our lives we don’t (always) pay attention to. When we watch television and the shows that we watch, everything is backed up by symphonic music.

So just bringing that music and understanding symphonic music is for everyone is, yeah, one of my goals.

But I also learned from Governor’s School — patience. Like it’s not going to happen overnight.

VEER: What about this position intrigued you enough to come out of “retirement”? Was this something you really wanted to do or was it an opportunity you had to mull over and think maybe this would be worth putting effort into?

DR. WARREN: The later. It was an opportunity I really had to think about.

I don’t like to take on things of this nature unless I know I can make a change; unless I understand there’s a reason for me going there.

I feel the same way about the Symphony. There’s something I’m supposed to do there.

I think for the Black community it is letting Black folks see there is a Black woman at the head of this organization. It is an exciting thing because representation matters.

The fellowship program that the Symphony now has shows representation matters.

Children seeing people who look like them doing something they probably never thought about before makes me excited. Getting young people interested in picking up an instrument and playing music at a very early age keeps music alive in our community and all communities within the Hampton Roads area as well as beyond.

So that is what intrigued me.

VEER: This actually leads into my next question as to whether you see yourself as a role model and how you might inspire more young people in the Black community to explore symphonic music opportunities where they believe this is something they can do?

DR. WARREN:  I really recognized that after I left Governor’s School when I had alums reaching out to me. When they tell me I had made a difference that’s when I realized, oh, I guess I did make a difference to not only the Black students there, but to all students of all colors. I can see doing that here.

The Symphony for the first time ever did a concert at The Mount, in Chesapeake. When I announced that I was the president and CEO almost everybody in that sanctuary on that night stood up. Then afterwards I had so many parents bring there kids up to me. And it does tell them if that Black woman can do it I can too.

When I was in school I didn’t have that encouragement. In fact, I will share with you, when I was in high school I took this test and the test that every kid had to take — this was in the ‘70s — was very biased. The test told me I was not college material, and I was totally devastated.

My parents told me, “Don’t let any test tell you what you can’t do.”

And then I got angry. I was ready to show them. I am not going to let this test determine who I’m going to be.

And so that’s what I’m saying to young people: Don’t let anyone tell you what you can’t do. If that’s in your heart and you want to do it, work hard and just do it because you can.

VEER: Regarding the Black community in Hampton Roads, what initiatives will you advance to expand and enhance educational programs?

DR. WARREN: The Symphony is already doing a lot of that, and I just want to build on that. The educational program at the Symphony is spectacular going into the school districts and giving them that one-on-one experience with professional musicians. We take small ensembles. We share instruments with the students. Also to see people of color with those instruments. Encouraging school districts to bring students to a concert and seeing the Symphony and musicians on stage playing beautiful music. That can be inspiring.

Going into those low income areas and putting those instruments in hands of students…that’s one of the things I really would like to see, and really reaching out to the community and find funding.

We can help school districts purchase instruments that a pretty decent quality. Students could actually have those instruments and play, and learn musical quality.

So those are some of the ideas I have. It’s going to take work to implement. I am ready to take on that challenge.

VEER: With your knowledge and experience in the public school system, are there potential challenges in expanding their band and choral education programming to include viola, cello, and violin?

DR. WARREN: Some of the school districts are already have that. They have bands, but they also have strings. So if they have strings why not add others, you know?

You have jazz, and those kids are already playing saxophone, trombone and those brass instruments. Put them in along with your strings.

Chesapeake and Virginia Beach definitely already have orchestras. It’s those school districts like Franklin and Southhampton that don’t.

When school districts have to cut budgets, what do the cut? They cut the arts. They’re going to keep the band because they need that band for their football season.

So the challenge will be to add more to that.

VEER: Part of your role is overseeing the financial health of the Virginia Symphony Orchestra.  The Symphony, like most performing arts organizations, have had prior challenges operating in the black. I’m wondering if you might comment of this?

DR. WARREN: Yeah, it is a challenge. It is a present day challenge. Because of Covid most symphonies across the country are struggling. Ticket sales are low. So it’s trying to get back to that point.

VEER: In terms of season programming for concerts, will you have input? Does the Board have input? Or is programming determined by artistic director and conductor Eric Jacobsen?

DR. WARREN: Eric Jacobsen is amazing. He’s so creative and he’s brought so much to the Symphony.

From those  groups, board members have suggestions…it’s a combination of everything and then as we put the season together we’ll talk about all of the ideas and make sure we are hitting all of our communities.

VEER: Virginia Symphony’s Pops Series featuring celebrity guest vocalists expands the audience base. Will you encourage further possibilities in this realm to push the boundaries of what symphonic music can be?

DR. WARREN: The Holiday Pops is probably one of our most popular concerts.

We’re looking at ticket sales and looking at what’s most popular. We want the audience to come in, so we will do those popular things. It’s all about that data.

It’s also about the advisory committee. What are their ideas? What are they hearing within the individual’s communities? What do people really want to hear from the Symphony?

With all of that information and data, I think that’s going to help us create a calendar that really meets the needs of our community.

VEER: The Symphony expands beyond the concert halls with concerts such as Symphony By The Sea. Do you see more concert possibilities in various settings and in partnership with other arts organizations?

VEER: Your daughter has had great success on Broadway and beyond. Might we see her perform in a leading role as a guest performer with Virginia Symphony Orchestra?

DR. WARREN: She has sung with the Symphony before. It was way before where her career is today.

She was at Wolf Trap this past summer. She loves singing with orchestras. We hope to get her in.

We also have a lot of talented Governor’s School alum. I want to see some of those kids come back and sing with the Orchestra.