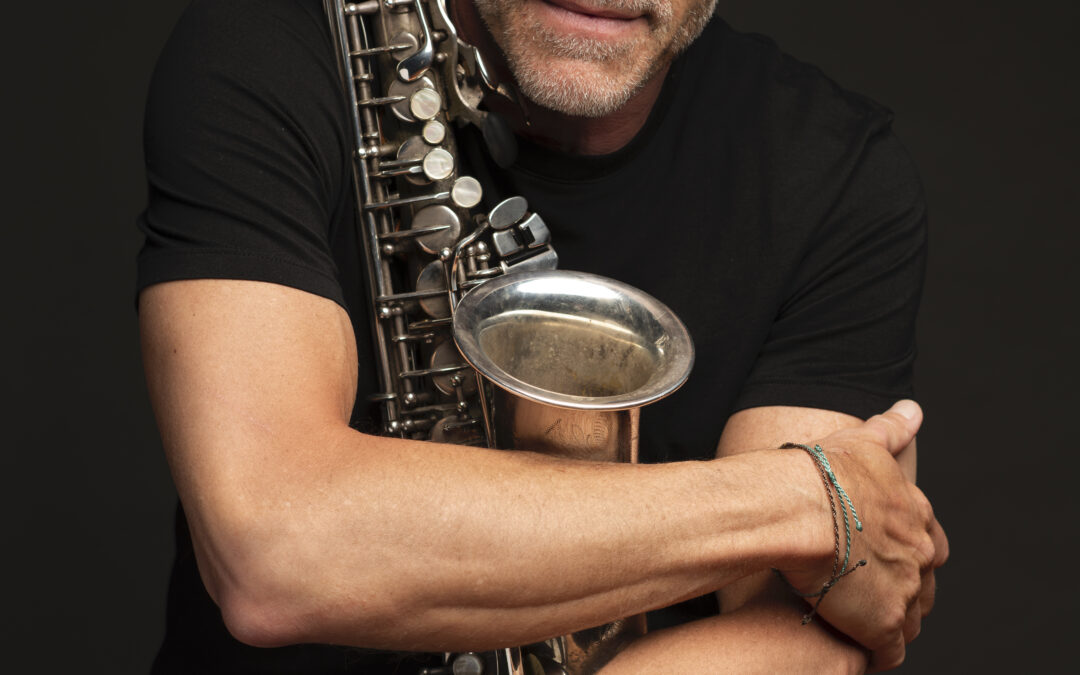 Smooth jazz saxophonist Dave Koz has made a successful seasonal career hitting the road for the past 25 years in the month leading up to Christmas Eve with his critically acclaimed Dave Koz & Friends Christmas Tour.

When the Silver Anniversary show makes a stop at the Ferguson Center for the Arts on December 3, Koz will be joined by a stellar cast that features Keiko Matsui (keyboards), Rick Braun (trumpet), Peter White (guitar), and Rebecca Jade (vocals).

In advance of the tour, Koz released the sensational 10-track album “Christmas Ballads,” a distinct change of pace from the usual R&B-meets-Jazz sound Koz is often known for.

Cohesive from start to finish, the tracks on the studio recording set the adult mood for an evening where the gifts under the tree have all been opened, the kids are a sleep, the fireplace is crackling, and only illumination is from the dimmed lights on the Christmas tree and a few well-placed candles.

“I have a smile on my face because you completely hit the nail on the head of the intension of this album,” Koz said by phone from his home in California. “I’ve never made an album that stays in one mood all the way through, Christmas or otherwise. So that really was the intension and the challenge for this project.”

The set of material on “Christmas Ballads” are songs Koz has never previously recorded. This, too, was part of his mission: offering fans something new in the holiday season.

Koz worked closely with producer Philippe Saisse on the song selection and arrangements to maintain a seamless vibe throughout.

While “Away in the Manger/Silent Night,” a track merging the pair of somber Christmas classics, is an obvious choice for a slow tempo record, the normally rollicking “God Rest Ye Merry Gentlemen/My Favorite Things,” as a woven duo, might seem a greater challenge in retarding the pace of the music. But magically, Koz achieved it brilliantly on the arrangement.

“For our Christmas tour last year that was the opening song,” Koz said. “Each person (musician) was seated in the dark and when they started to play a pool of light would come on above them. It was a very dramatic beginning to our show.”

Koz brought the idea up to Saisse, who added his own input, for the recording of the arrangement.

Throughout Koz’s “Christmas Ballads” is a retro feel reminiscent of holiday records from the 1960s and ‘70s.

“Before any music was recorded, we talked about some of our favorite albums,” explain Koz. “This (“Christmas Ballads”) was a cross between the John Coltrane ‘Ballads’ album, which is the most beautiful heartfelt playing by one of the great masters, and the other influence was the Nat King Cole Christmas album, which had the strings and all the bells and whistles. So we sort of put those two things together and created a hybrid of those.”

Other highlights on this album include smooth versions of the Olde English song “Greensleeves,” a John Lennon combo of “Happy Christmas (War Is Over)/Imagine,”  “Ave Maria,” and The Carpenters classic, “Merry Christmas, Darling.”

“I’ve always love The Carpenters,” Koz said. “Growing up that was one of my parents’ favorite groups. I particularly loved Karen Carpenter’s voice; very simple, straightforward delivery but highly emotional.

“The holidays in general bring up a lot of emotions for people,” Koz continued. “In every family there are people who come and go; people who pass. The holidays are so steeped in nostalgia, and I think her voice just seeps into your soul. At least for me.

“In the studio as we were recording that song, I was playing the soprano saxophone on the melody and I felt this connection with Karen Carpenter’s voice. It was almost like her spirit was coming through my saxophone.”

The spirit of Christmas will be heard when Dave Koz & Friends play the Ferguson Center.