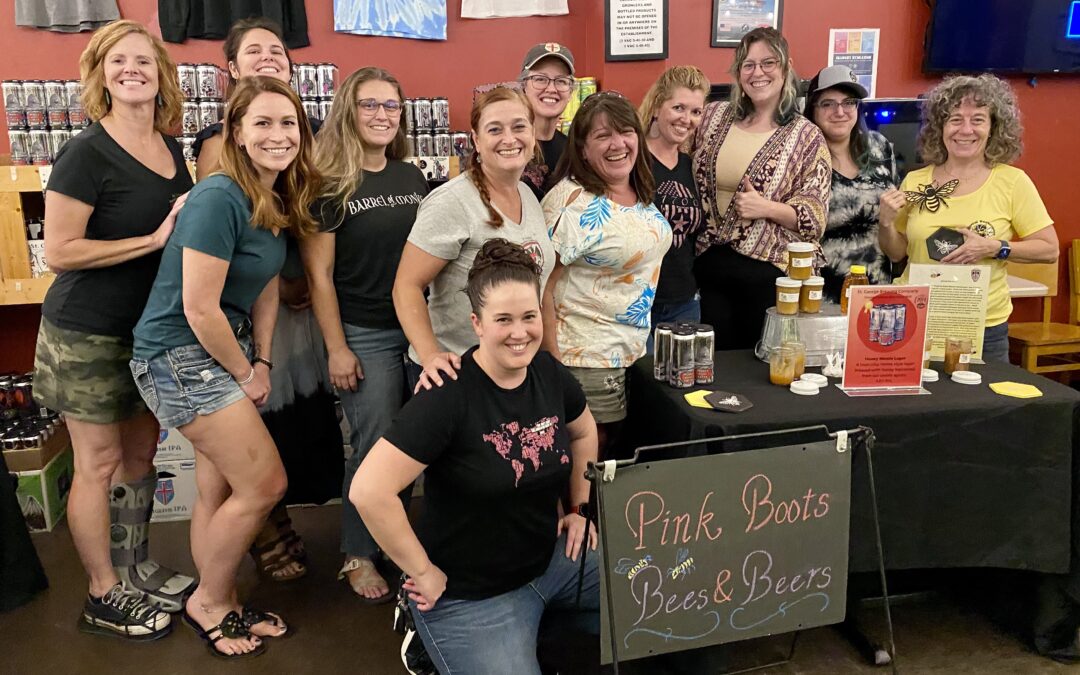 Women have been involved with the craft beer movement from the beginning, although their contributions were frequently overlooked. In 1977 Suzy Stern co-founded and brewed at New Albion, America’s first craft brewery since Prohibition, although her male partner Jack McAuliffe got the press accolades and Smithsonian honors. Carol Stoudt founded Stoudt’s Brewing Company in 1987, was the first female sole proprietor and one of the first female brewmasters in the United States, however one of her initial beers was mislabeled as her husband “Ed Stoudt’s Lager” on a menu. Women are also a presence in large global breweries. Anheuser-Busch has had a number of female brewmasters, including Jill Vaughn who was hired in 1992 and Rebecca Reid Bennett, hired in 2005. They were instrumental in the development of Bud Light, Michelob Ultra, Shocktop, Straw-Ber-Rita, and other sales leaders. While women are still a minority of brewers the number is increasing, and women have a large presence in many brewing industry occupations including marketing, management, sales, distribution, social media managers, quality assurance, yeast management, procurement, operations and logistics, safety, taproom staff and management, customer relations, purchasing, accounting, packaging, cellar management, event management, community relations, and human resources. While fewer than 3% of craft breweries are owned by women, 41.4% of breweries have at least one female co-owner according to 2021 Brewer’s Association data. On the flip side, 58.6% of craft breweries have no female ownership.

In 2007, experienced brewmaster Teri Fahrendorf founded the Pink Boots Society, an international nonprofit that supports women in the brewing industry. The term “pink boots” refers to the safety boots worn by brewery workers, where scalding hot water, caustic chemicals, trip hazards, and slippery surfaces are all in a day’s work. Today, Pink Boots Society has grown to 78 chapters in the United States and boasts over 1000 members. Richmond, Blue Ridge, and Hampton Roads are the three chapters in Virginia. Pink Boots’ mission is to “assist, inspire, and encourage women and/or non-binary individuals in the fermented and alcoholic beverage industry to advance their careers through education.” Membership is open not just to brewers, but to women employed in the brewing industry in any occupational role, aspiring to work in the industry, or retired from the industry.

Why join Pink Boots Society? Grace asserted “It’s the best networking,” and noted that the group was about “community, not competition.” Local chapters have guest speakers, share ideas and knowledge about industry-related topics, and aim to create an inclusive and supportive “beer community” that empowers women. Another reason women join the Pink Boots Society is the educational benefits. Madeline and Michele enthused about the scholarships that members can apply for in order to advance their education and professional credentials. These scholarships range from Yuengling Brewing Scholarship awards up to $5000 for in-person and/or online certification programs at schools like the Siebel Institute of Technology, University of South Florida, and Cornell, to smaller awards for online coursework on topics like Cicerone preparation, yeast management and flavor profiles, marketing solutions, leadership development, and brewing technology.

There is an annual Pink Boots Society National Conference with program offerings on industry-relevant topics like “Key Data Points for Your Taproom,” “Building a QC Lab on a Budget,” and “Justice and a Profitable Business: Yes, You Can Have Both” as well as virtual access to this information for members who can’t attend. There are virtual workshops and seminars offered throughout the year, job postings from beer-related organizations across the country, and a member directory that is a great networking resource.

Pink Boots Society Collaboration Brew Day is a fun annual event where chapters may do a collaboration brew or host a brew day experience for non-brewing staff or community women’s groups. Yakima Chief Hops does an annual Pink Boots hops blend often used in these collab-brews, with a portion of the proceeds donated to Yakima Chief’s Pink Boots Society scholarship fund. There are meetings where men are invited to attend, and at most chapter meetings men are welcome to attend at a nominal charge. Women, non-binary individuals, and those who identify as women and work in the beer/fermented alcohol industry in any capacity, or who are preparing to do so, should definitely check out the Pink Boots Society!

There are three levels of membership. “Professional membership” ($47) is for women and non-binary individuals who are employed and receiving 25% or more of their income from a brewing/fermented alcohol industry job. Those retired from at least 10 years in the industry are also eligible for this membership category.

“Business in Planning Membership” ($47) is for those who are in the process of opening a brewing/fermented alcohol related business, such as brewery, brewpub, bar, bottle shop, taproom, etc.

And, “Aspiring Membership” ($26) is open to individuals currently studying or training in preparation to enter a career in the brewing/fermented alcohol industry.

No Pink Boots chapter in your area? Find out how to start a chapter at https://my.pinkbootssociety.org/PBS/PBS/Domestic_NewChapter.asp