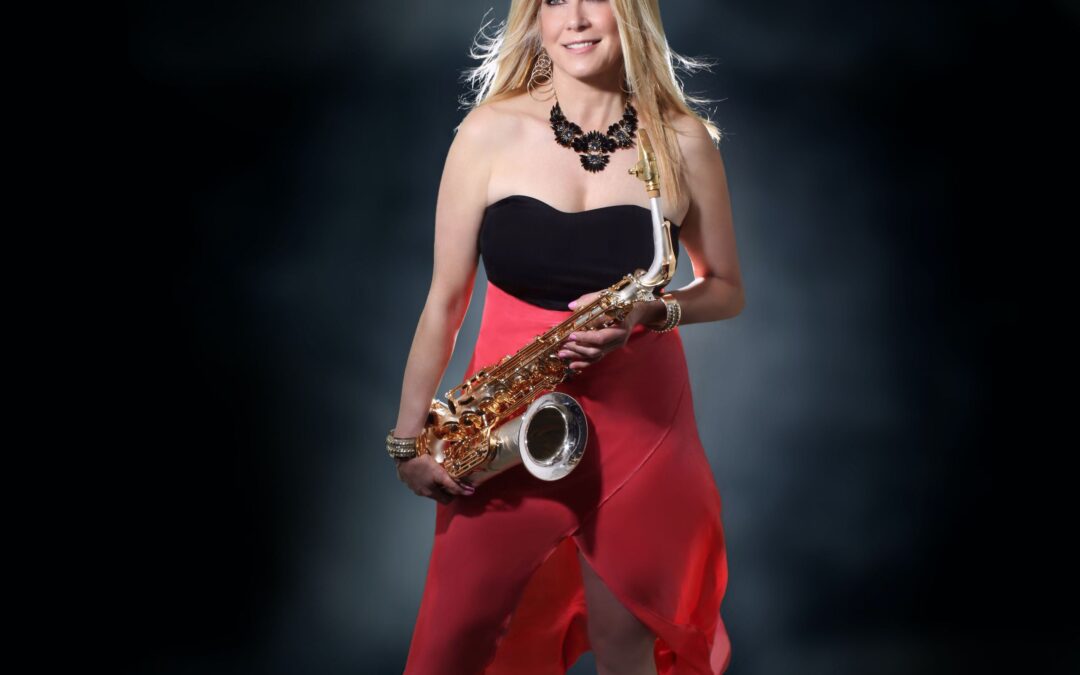 During normal times such top-charting success would translate into immediate increased ticket sales for concerts. The only downside in this case is that it came in June of 2021, a challenging time for touring musicians hunkered down due to the raging pandemic.

The track is from her sensational “Can You Feel It?” album, which was released in August 2020 during the thick of COVID lockdowns worldwide.

“I had my first two #1 songs on Billboard, miraculously, during COVID,” said Atherton. “When everything was shut down my career took off — go figure.”

Paula Atherton is a multi-instrumentalist known primarily for her saxophone playing, singing, and songwriting, but she started out as a young girl learning to play flute, an instrument she continues to integrate into her music.

She has shared the stage with the likes of David Sanborn, Bob James, Hiroshima, Brian Simpson and The Rippingtons.

More Billboard Top 30 charting singles include “Into The Night,” “Between You & Me,” “My Song for You,” “Sassy Strut,” and “Herbie.”

With the relaxation of pandemic restrictions touring musicians have hit the road in earnest in 2022, and Atherton is amongst the in-demand jazz performers.

“I’ve been the busiest I’ve been — ever,” said Atherton. “The first couple of shows I did…it was remarkable how much people needed music. It was like a plant needing water. They were just so thirsty for the entertainment.”

Atherton noted the importance of the socializing component for live smooth jazz music audiences. Many performance opportunities in the genre come in the form of multi-act jazz festivals and thematic ocean cruises.

When Paula Atherton plays October 7 and 8 (two performances each evening beginning at 6 PM and 8:30 PM) at downtown Norfolk’s hottest jazz club — Brothers Norfolk — she’ll turn fans on to the best of her catalog of tunes — the people discovering her music over the past two years, while often driving in their cars and listening to satellite radio, and the iHeart Radio Network, as well as terrestrial stations across the country.”

“People are driving their cars, they see your name, and the name of the song,” explained Atherton. “The deejays are talking about the artist. My entire back catalog sold out after my new album came out.  I had to re-press my entire catalog.”

Atherton said she sells a lot of recorded at concerts at her merchandise table. Her onsite CD sales  success is shared by other jazz recording artists like trumpeter Chris Botti.

“If they (the concertgoer) go to a festival they want that CD to take home as a souvenir,” she shared. “The want it signed, they want to look at the picture, they want to read the liner notes. It’s wonderful.”

While Paula Atherton didn’t share her setlist for the series on performance in Norfolk, some recent songs of note from the album “Can You Feel It” include the title track, “Just Can’t Stop” and One Night in Madrid.”

When Atherton features a cover song such as War’s “Low Rider” from her “Shake It” recording, she wants to rearrange the original and makes it seamlessly her own. Credit producer Schuyler Deale for the reimagined “Low Rider.”

Audiences can feel it live at Brothers.