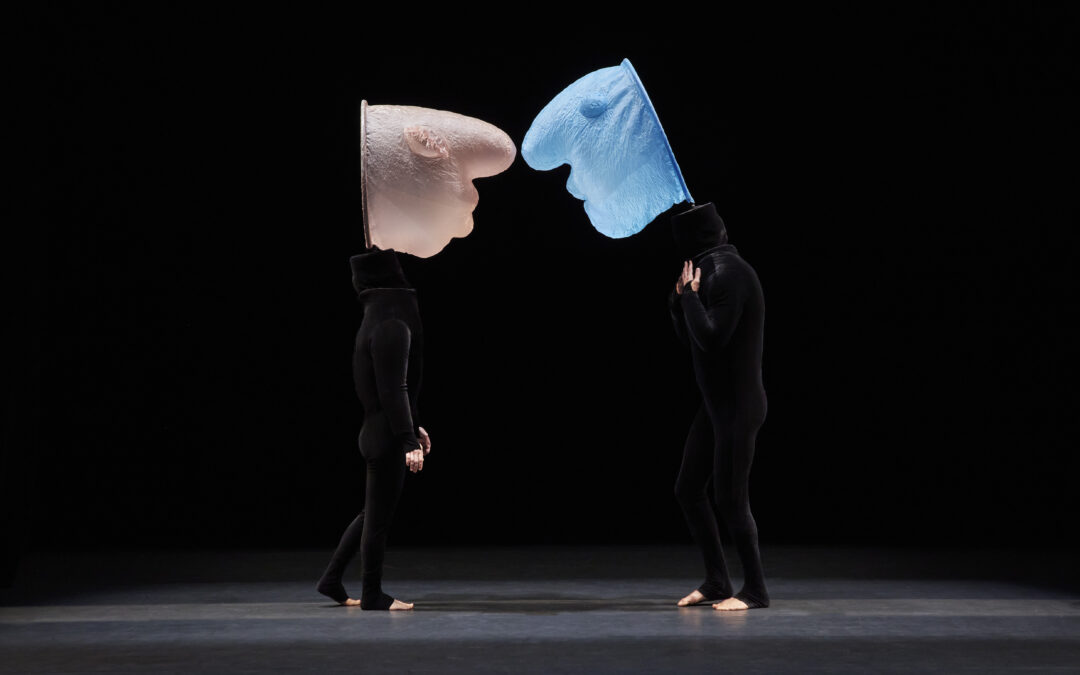 (The avant-garde mime troupe has a distant connection to Norfolk)

Mummenschanz, the avant-garde mime troupe celebrating its 50th anniversary this year, has a distant but meaningful connection to Norfolk: Floriana Frassetto, one of the group’s founders, was born here in December of 1950.

“If you asked me if I remember something, no, I don’t,” she said during a recent phone interview from Widnau, Switzerland. “I look at the pictures. We lived on the beach. We had a beautiful dog called Flash. And I’m sure they were great moments of happiness for the three of us.”

For better or worse, Frassetto’s time in Norfolk was short-lived. Her parents divorced when she was 3, and she moved to Italy with her mother.

She went on to study theater and pantomime in Rome and in 1970 met Andres Bossard and Bernie Schürch, Swedes who were working together in a clown act. Two years later, the three kindred spirits launched Mummenschanz—a first-of-its kind silent puppet show.

Their creation went on to become a fixture on Broadway from 1977 to 1980. Appearances on iconic TV shows like “Sesame Street” and “The Tonight Show Starring Johnny Carson” also planted seeds that have continued to bear fruit—all over the world—for five decades.

Bossard died in 1992, and Schürch retired in 2012, but the almost 72-year-old Frassetto is still going strong, leading a seven-person cast that will bring Mummenschanz’s anniversary tour—a “greatest hits” package with some new scenes added—to Norfolk’s Chrysler Hall on Oct. 29.

“We’re very excited to come to America after this difficult period,” Frassetto said. “And we’re looking forward to opening up the child in all of us for a couple of hours—an hour and a half of joy and imagination.”

So what exactly should the audience expect?

A New York Times critic, reviewing a pre-pandemic Mummenschanz performance, wrote: “If you imagine the Muppets heavily influenced by French surrealism and a few psychotropics, you will have some idea.”

Similarly, a Newsweek critic described the show as “80 minutes of utter weirdness.”

“It was like someone took all the noise out of Stomp and replaced it with metaphorical symbolism,” he wrote. “Actors in giant hand costumes walked through the crowd to start the show, followed by plastic bags on sticks floating like jellyfish and fabric folded into different faces. There was no soundtrack; the only sounds throughout the show were the coughs of the crowd and a running-gag soundbite of a fly buzzing.”

Frassetto has heard similar reactions since they began.

“It’s absolutely still the same vision,” she said. “Of course, these new sketches are very different than the ones we did in the beginning. We were kind of slower in the ’70s, and now it’s a little bit more quicker. Maybe also because they are performed with younger people. The rhythms are a little bit different.”

Frassetto is eager to return to Norfolk—especially since her last visit was 10, 12, maybe even 20 years ago. “The way time goes away without asking permission is incredible,” she reminisced. (An internet search revealed that Mummenschanz performed at Hampton University in 1997, so the accurate number is probably 25.)

“I remember I was very excited to be in Norfolk,” she said. “We took a couple of hours and went on the beach with my colleague Bernie Schürch, the co-founder who was with me. He was still performing then, and I was very emotional about it, you know? It looks pretty beautiful. I was very proud to having been born in such a beautiful spot of the world.”

The Virginia Arts Festival will host Mummenschanz at 7 p.m. Oct. 29 at Chrysler Hall in Norfolk. Ticket prices start at $15. For tickets or more information, visit vafest.org.