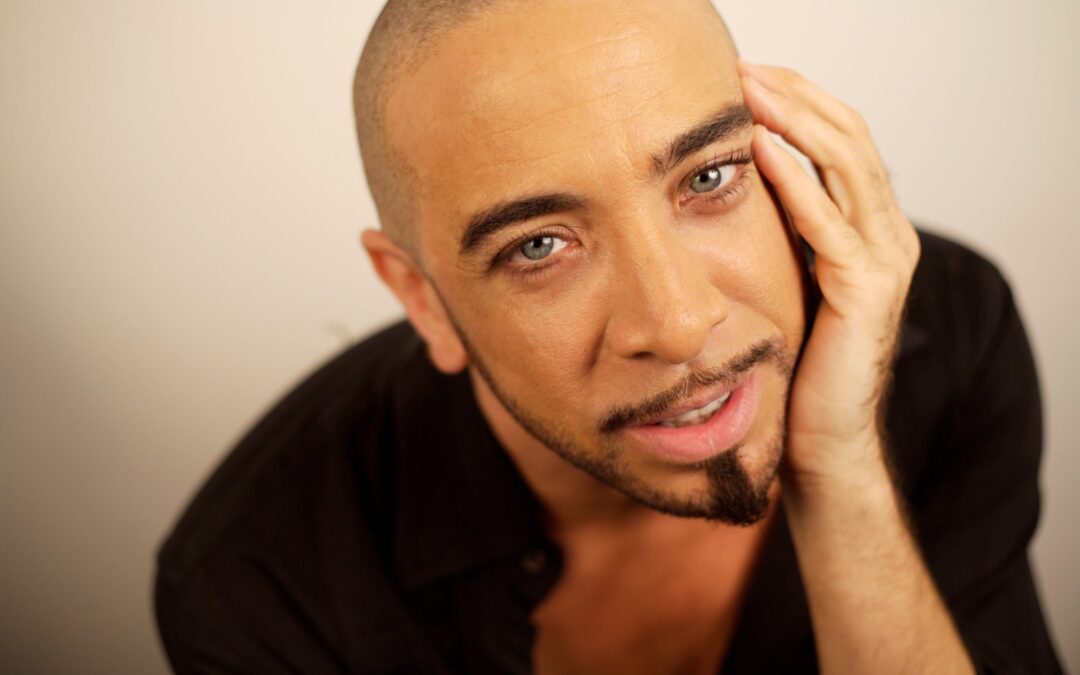 Lydia met Dwight in 1989 when she was a member of The Jamison Project, a dance company created by Judith Jamison, and Dwight was a member of Alvin Ailey American Dance Theater, arguably the most famous dance company in this country. She recalls, “I always enjoyed watching his way of moving.”

Once she was invited to join the Ailey company in 1990, Lydia danced with Dwight in a piece choreographed by Louis Johnson called “Fontessa and Friends,” set to music by John Lewis, James P. Johnson, Scott Joplin, Aram Kachaturian, Dorothy Fields, Cy Coleman, and Giuseppe Verdi. “We were a couple in this piece and really enjoyed dancing with each other,” says Lydia.    She also admired Dwight’s creativity as a choreographer when he created a piece for the Ailey company called “Frames” in 1992.

Fast forward three decades: Lydia and Dwight reconnected when they were asked to serve as judges for the Universal Ballet Competition in Florida. By then, Dwight had attracted international acclaim for his choreography for Complexions, which he established with Desmond Richardson in 1994, and Lydia had been appointed resident choreographer for Ballet Virginia in 2019 and then named artistic director in 2021.

“Dwight said he wanted to support me and to let him know what he could do to help me in this new leadership position, and then he asked if I would like Ballet Virginia to perform one of his pieces. I was like, ‘Yes! I would!!” Lydia describes the bond that dancers form as distinct. “You pretty much become family when you are dancing in a company together, and, when we connected in Florida, it was like no years had passed.”

She is looking forward to sharing Dwight’s distinct movement vocabulary with the dancers of Ballet Virginia and the audiences of Hampton Roads. As a genre of dance, contemporary ballet expands possibilities for dancers by merging traditional positions and shapes with extended lines and asymmetrical poses. Dwight is acclaimed for his ability to choreograph to a spectrum of different musical styles. He created a production set to music by David Bowie, called “StarDust,” in 2016, and it featured a male dancer in pointe shoes (which are traditionally worn by women).   For Ballet Virginia, Lydia selected his piece called “Evermore,” set to music by Nat King Cole. It is an exquisite example of contemporary ballet, featuring gestures that convey a sense of vulnerability and poignancy (especially during “Smile”) plus partnering that’s virtuosic and exhilarating. Ballet Virginia will have two weeks to learn the piece, and it will be taught by Clifford Williams, who danced with Complexions from 2004 to 2008, then again from 2009 to 2012.

Lydia is excited about introducing this jazzy and cutting-edge work to Virginia audiences, because it will give people a view of how current choreographers keep ballet enticing and fresh.  “It’s great for our company as well,” she adds, noting how she wants to keep the performers challenged and stimulated. “Evermore” demands precision, nuance, and flexibility.    Jared Brunson, a dancer with Complexions from 2018 to 2021, joined Ballet Virginia in January of 2022. He says, “Dwight is a choreographic genius. He’s so prolific, and there’s an unpredictability in his choreography. I’ll be doing ballet steps, and then, all of a sudden, there’s a human moment, a very poignant movement.” Jared stars in a recent film created by Complexions called Black is Beautiful [Available here: https://www.complexionsdance.org/black-is-beautiful] and shines as a dancer, singer, and actor. He adds, “With other choreographers, it’s all about their vision and what they want to see, but with Dwight, he has this ability to bring out the best in dancers and to see what makes each person unique.”

An instruction Dwight often gives dancers is to be “on the edge,” meaning to test the limits of a balance or an extension. The phrase is also an apt description for Ballet Virginia’s decision to bring Dwight’s choreography to Hampton Roads.

Dwight grew up in Dayton, Ohio, and started dance classes at age 17 (which is late for a professional dancer). When he established Complexions, the company broke numerous barriers: there was a variety of body types, skin tones, gender expressions, and dance styles. Complexions is an exciting company to watch because Dwight’s choreography challenges ballet’s traditions and exclusions. Often the artists who are considered outliers or doing something “different” are the ones who propel creativity.

Complexions continues to be at the forefront of ballet’s redefining, and Jared is excited by Ballet Virginia’s ability to “change people’s perspectives” on ballet and on life. Lydia also values thinking (and choreographing) beyond the known or familiar. Last year she created “FIVE” based on the story of the Central Park Five who were wrongly accused and sentenced to prison. In order to tell the story, she hired two Black male dancers as guest artists so she could present a cast of five Black male ballet dancers. Jared says that performing this piece is “healing,” because it’s about self-determination. “We get to define ourselves through this story, and I had never experienced that before in ballet. We are usually princes or animals or forest fairies.”  “FIVE” will be performed again in February 2023.

By telling stories that resonate with diverse audiences, Ballet Virginia is keeping this art form relevant. Lydia is also nurturing future generations of leaders by naming Jared the company’s Resident Artist and giving him responsibilities to rehearse dancers and to hone teaching and administrative skills.

Lydia also hopes to grow her Hampton Roads audiences­­, “I know there are a lot of people here who love dance,” she says. “And coming from the Ailey company, I want to share the joy of dance through a variety of works that touch people.”

Kate Mattingly is an assistant professor in the Department of Communication and Theatre Arts at Old Dominion University. Her book, Shaping Dance Canons: Criticism, Aesthetics and Equity, will be published in 2023, and she is currently co-editing an anthology with Iyun Ashani Harrison called Antiracism in Ballet Teaching.