CLASSICAL: Timely and Timeless Music of Passion and Contrasts 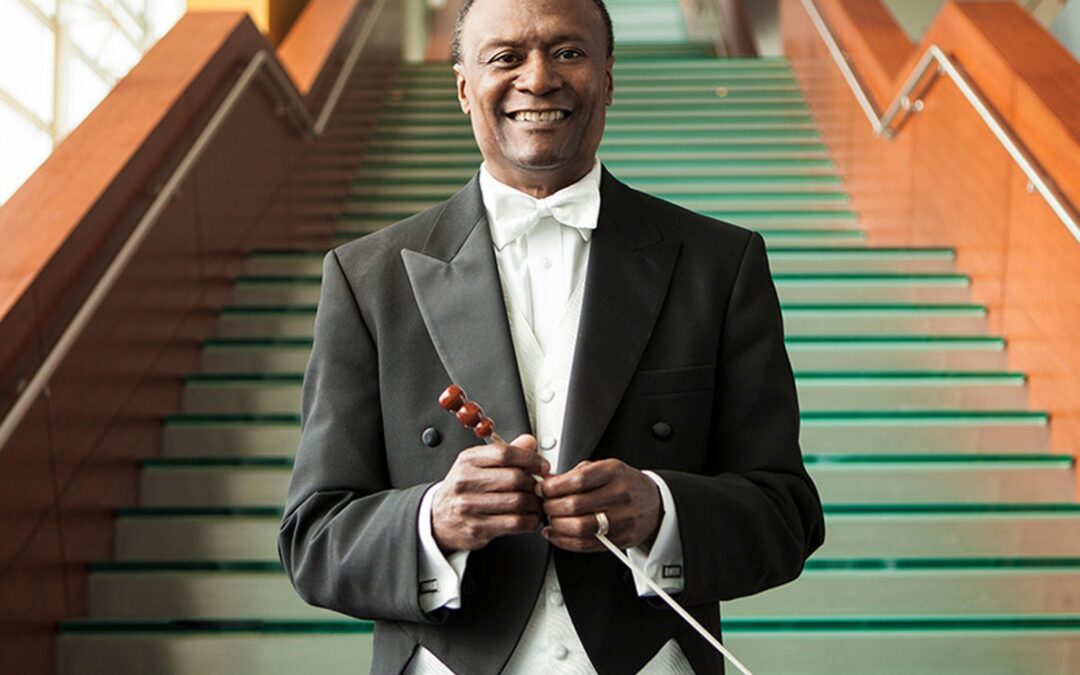 Do not expect soprano Katherine Jolly to stand still when she joins the Virginia Symphony Orchestra to send the strains of the Toni Morrison—André Previn song cycle “Honey and Rue” soaring out to audiences in Newport News, Norfolk and Virginia Beach this month.

Jolly is a lyric coloratura — a high soprano whose agile voice can produce lots of vocal ornamentation — with 17 years of multi-discipline dance training and experience, who’s been on musical theater, dance, opera and concert stages since she was seven.

“Honey and Rue” is the half-hour-or-so center piece of VSO’s “Power and Promise” concert that begins with Berlioz’s brief 1844 Roman Carnival Overture and, after intermission, finishes with Norwegian Carl Nielsen’s sprawling Symphony No. 4, “The Inextinguishable.” It’s under the baton of VSO Principal Guest Conductor, Norfolk’s own Thomas Wilkins.

The Berlioz Overture manages in just 8 minutes to go from an attention grabbing burst of sound through a lovely, love song based English horn solo to a folk dance based headlong rush of winds and strings whose tempo would do justice to Nureyev and Fonteyn on double espresso.

The seed of “Honey and Rue” was planted when opera star Kathleen Battle, moved by Nobel laureate Morrison’s first novel, The Bluest Eye, asked her to write a song cycle with Grammy and Oscar winning composer André Previn. Their six songs look at the female African-American experience in moving, varied, sometimes enigmatic ways.

A woman grew up without ever hearing the word love promises “First, I’ll Try Love.”

Do the eerie opening notes of “Whose House Is This”  suggest that a woman who cannot recognize her own home is returning from a mental hospital, or having a hallucination? Could her confusion be a metaphor for an abusive relationship, or for the disparity between America’s promise of economic luxury and ease and the realities of racism?

The woman of “I Am Not Seaworthy:” is she drowning, or has she drowned, or is she fearful of drowning as her imprisoning slave ship crosses the ocean? Did Whites find her so inconsequential that she was not “see worthy?”

Other songs are “The Town is Lit,” the a cappella testimony “Do You Know Him,” and finally, the jazz/blues sounding “Take My Mother Home.”

“Honey and Rue” has been an important part of Katherine Jolly’s life since she heard it in her high school years,  and “a great inspiration to me,” she said in a phone interview, one day before her planned world premiere, at Duke University with the Imani Winds, of a work called “Immigrant Songs”

She’d traveled to North Carolina from Ohio’s Oberlin Conservatory, where she is an Associate Professor of Voice (DMA, voice, University of Cincinnati College-Conservatory of Music) who does about “Six to seven singing engagements” a year, plus adjudicating competitions “maybe four or five times a year.” (Before Oberlin “snatched [her] away,“ she was on the faculty of Indiana University’s Jacobs School of Music, along with Maestro Wilkins.)

Dr. Jolly said that she had been reading Morrison “for years” before encountering “Honey and Rue,” meanwhile admiring Battle, who later became a mentor. Throughout her “whole high school career” she listened to Battle’s “Honey and Rue” CD “maybe 5 times a week.”

She put it on her “bucket list of works [she] wanted to sing,” but she knew, she said, that her voice and psyche needed to mature before taking on the cycle.

Now she’s been performing “Honey and Rue” “from Sacramento to Richmond to Brownsville to Indiana” and other points on the compass for about ten years; “Often it is the first time that anyone has heard it live…although this is 30 years old, it is in many ways new…shining a light on voices whose stories have been under-represented…It’s an important work to be heard at this time.”

Danish composer Carl Nielsen’s marriage was on the rocks (not for the first nor the last time) and war was raging across Europe when he finished his Fourth Symphony in 1916. He had written to his estranged wife two years previously, “I have an idea for a new composition, which…will express what we understand by the spirit of life…varied—very varied—yet connected, and as if constantly on the move…I must have a word or a short title to express this…I cannot quite explain what I want, but what I want is good.”

The word he came up with was “inextinguishable,” and the symphony he titled with that term is acclaimed as one of his masterpieces. It’s exactly what musicologists mean when they write that Nielsen could “wear his heart on his sleeve.”

On the score of this 35-40 minute long piece, filled with contrasts and changes of tempo and key and volume, he wrote, “music alone is capable of expressing to the full: the elemental Will of Life. Music is Life, and like it is inextinguishable.”

One does not need to know any of this history to enjoy, even to thrill to, the passionate feel that pervades this composition. The novelty as well as the excitement of the dueling timpani, or the appearance of the lowest of the low of woodwinds, the contrabassoon, for just one long note, are just elements of four movements played without pause, marked by controlled musical frenzies interspersed with passage of solemn, even contemplative lyricism.

Carl Nielsen: Symphony No. 4 “The Inextinguishable”