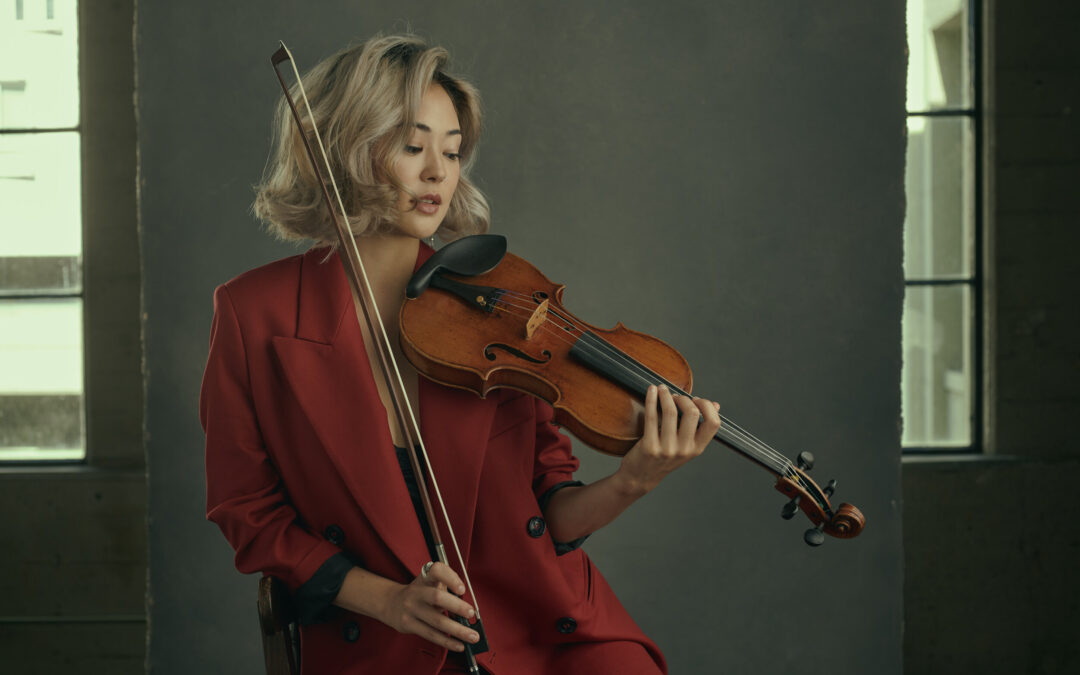 From the impoverished Caribbean by way of New Orleans, to the Highlands of Scotland to the ancient Roman Empire, the Virginia Symphony Orchestra’s 100th Anniversary Season opening “Rhythm and Respighi” concert ranges across the globe in the geographical inspiration of its pieces and across cultures in its instrumentation.

It’s probably the first time in the Symphony’s long history that local high school students join the professionals on stage as equal partners in a season opener, and the first time that steel pans, also known imprecisely as steel pan drums, have been incorporated into the Symphony.

Louis Moreau Gottschalk’s c.1858 Symphony No. 1 Festa Criolla from “A Night in the Tropics,” a rollicking curtain raiser, uniquely features, in this especially arranged version, the 25 member, steel pan playing Rhythm Project All Stars from the Virginia Arts Festival’s Rhythm Project, one of the Festival’s elementary through high school Community Engagement programs.

Over the years the All Stars, a premier group picked from the Rhythm Project by rigorous auditions, have performed on their steel pans as an opening act for Gladys Knight, at the Royal Nova Scotia and Virginia International Tattoos, and have been featured on NPR’s “From the Top” radio program.

Steel pans, the only family of acoustical instruments invented in the 20th Century, according to Rhythm Project Director David Longfellow, arose on Trinidad as the natives of the island sought musical expression despite colonialists’ repeated attempts to suppress their culture. Oil drums left behind during the US Navy’s WW2 use of ports on Trinidad were converted into makeshift percussion instruments, from which the tuned steel pans, ranging in seven voices from bass to soprano, arose in the mid to late 1940’s.

Britannica calls New Orleans born and raised Gottschalk “the first American composer to utilize Latin American and Creole folk themes and rhythms.” His mother, who as a girl had fled Haiti with thousands of other French speaking whites when Toussaint Louverture led his successful slave rebellion in the 1790’s, probably sparked his interest in Island musical culture. Gottschalk, her eldest child by her English-German Jewish husband, went on to become the first American born composer to achieve international fame. Ironically, his 1st Symphony, which became Gottschalk’s most well known piece, did not make its US debut until 1955, 90-some years after its composition.

Virginia Symphony Music Director Eric Jacobsen, who calls himself “a fan of Gottschalk all around,” and Longfellow each expressed excitement at the prospect of this first collaboration between their groups. Jacobsen called Gottschalk “an incredible composer who found such spirit in his tunes and his symphonic works.”

From the lively, joyous, Latin-esque Gottschalk work the Symphony sails across the Atlantic to Max Bruch’s 1880-81 Scottish Fantasy for violin and orchestra, featuring young international violin star Simone Porter. Jacobsen said she produces a “stunning sound” with “virtuosity and real creative imagination,” and “brings a depth to her playing that is really unique.” He first played with Porter “about five years ago…we’ve been trying to play together every year,” since, and he “look[s] forward to playing with her for years to come.”

Like the Gottschalk, the Scottish Fantasy has its roots in traditional tunes of a particular region, and a link to colonialism. The Scottish influence is evident; there’s even a passage where the basses mimic the drone of the Scottish bagpipes.

“It’s so depictive of landscape…and colors, very vivid…between the [prominently featured] harp and the strings and the soloist there is [a] love of harmonies…It’s one of the more beautiful, lush concertos for violin,” Jacobsen said.

Ottorina Respighi’s 1924 four-part symphonic tone poem The Pines of Rome, often heard on radio, has a sort of mirrored time traveling structure. Historically it retrogresses from 20th Century children at play in Rome to the catacombs of Roman’s early Christians to the Legions of the Roman Empire marching along the Appian way, while progressing from childhood games to adult military service. (The Pines of Janiculum is the title of the third movement; Janus was the two faced god who looked both forward and backward simultaneously. The Hill of Janiculum is known for the view of the whole city that it provides from its location across the Tiber River.)

The locations where Respighi set the movements spiral sequentially outward from central Rome to its outskirts.

“It’s a very clear depiction,” Jacobsen says of the first movement, called “The Pines of the Villa Borghese” (A private resort turned public park), “of children playing…of beautiful trees. You also see the shadows  and the light of the pine trees and…ring around the rosy and all the games. And then [“The Pines near the Catacombs” is] eerie…meant to be majestic… it is an ode to death…a dirge, a processional that is really quite powerful. And then you have the Pines of Janiculum…you have the stars and the moon and the shadows…you have bird calls; you have all these ways to depict the nighttime which are just the best!”

(Those bird calls, specifically the song of the nightingale, marked one of the first times that a recorded sound was called for in the score of a concert.)

Jacobsen continued, speaking of  the final movement, called “The Pines of the Appian Way,” “you have…the pine trees that line the old road that was used by everyone to come in and out of Rome…. very triumphant and powerful. He’s going for something that is very brilliant and depictive at all times…it’s our job to story tell for this piece as much as possible.”

Louis Moreau Gottschalk: Symphony No. 1 Festa Criolla from “A Night in the Tropics”