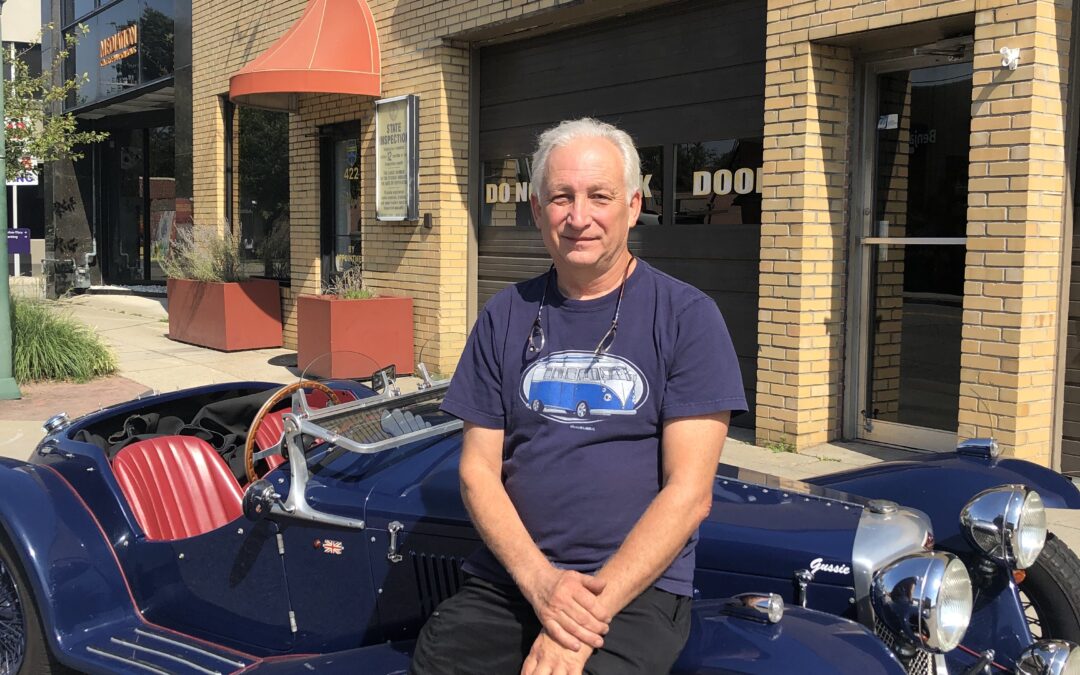 After 43 years, Coastal Import Repair founding owner Matthew Stewart has decided to ride off into the sunset of retirement.

To many in Hampton Roads, and especially in Norfolk, Coastal Import Repair has been a trustworthy, highly professional and capable repair shop for foreign designed/manufactured vehicles. They fix everything from luxury brands such as  Porsche, Mercedes-Benz, Lexus, Jaguar, Maserati, BMW, Bugatti, Rolls Royce, and Land Rover to Subaru, Toyota, Mazda, Honda, and Fiat.  Coastal has also been keen on keeping rare and antique import cars on the road like MGs, Austin-Healy, Aston Martin, and Ferrari.

While these carmakers arguably represent the best driving experience anyone could want, perhaps no brand has been more close to Matthew Stewart’s heart than the most common of all — Volkswagen.

For Stewart it all began as a teenager.

“I attribute my inspiration to my mom, Martha Stewart,” he said. “It started after her 1968 VW bus blew up. I was 16 and repaired it in front of our house on Hanover Avenue (in Norfolk).”

Before jumping to the rescue of fixing the family VW, Matthew Stewart tinkered around with lawn mowers and bicycles. All were similar in they have moving parts to keep them operating. But it was the VW bus that changed his life forever.

At age 67, Stewart admitted his hands were “getting sore” and the time just felt right. Not only was Stewart the business owner, he was a hands-on employee working on jobs big and small.

“Well, it’s like an automobile: you changes gears and I’m ready for it,” Stewart said of his decision to call it a day. “I’m very thankful for the people who have worked for me over the years and I’m very lucky to have had such nice customers.”

Coastal Import Repair has maintained an excellent reputation that has kept customers coming back. Most referrals are from satisfied car owners who spread the word on Stewart’s company.

Coastal will continue to operate on 21st Street in the Ghent business corridor of Norfolk under new ownership.

As for Stewart, what’s retirement look like for a self-described “car nut”?

“I’m going to chill out for awhile,” Stewart said, “but I’m going to continue because I have a lot of car projects.”

After a few months of relaxing and traveling, Matthew Stewart plans to operate as a solo “for hire” mechanic for select customers from his new home in Suffolk as well as maintaining his vast personal collection of vehicles — including at least three VW buses.  Once a car enthusiast, always a car enthusiast.

Appointments can be scheduled via email at matthewweber15@gmail.com.