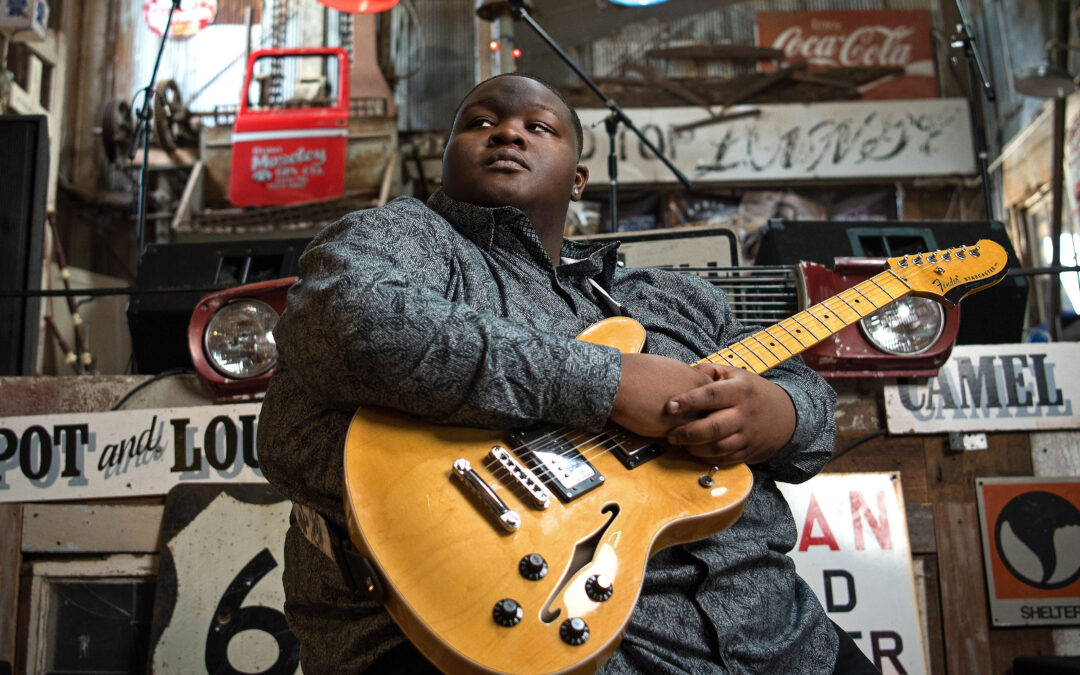 Kenny Wayne Shepherd was about 13 the first time he hung out with Buddy Guy.

His father was a disc jockey and general manager of a radio station in Shreveport and Guy was playing a gig at a venue in Deep Ellum, the legendary Dallas music hotspot. They got to Dallas and ended up hopping into a car with Guy, who was being driven around town to radio stations promoting the show. They watched an interview and then ended up at the performance.

“He put on an amazing show and the whole experience obviously left an impression on me,” Shepherd says in a call from home. No kidding.

Fast forward three decades and the Son from Shreveport has created a traveling blues roadshow with the Legend from Lettsworth, two Louisiana natives sharing stages with an up and coming blues star, Christone “Kingfish” Ingram.

Shepherd’s Backroads Blues Festival makes its final stop at the Atlantic Union Bank Pavilion in Portsmouth on Aug. 21. “You have three generations of some of the hottest names in the genre,” he says. “I think it’s a fantastic lineup for the very first year.”

The tour, too, grows out of his childhood love of the blues and blues festivals. “It’s been in the works for some time now,” he says. “I’m just really proud that we’ve been able to get it together, especially considering all the challenges that we’ve endured, that everybody endured over the past couple of years.”

The goal, he adds, was to create an annual touring blues festival with a changing lineup. “I have so many fond memories as a kid going to see the blues festival that was touring that B.B. King had, and seeing so many great artists,” he says. “So I just wanted to give people an opportunity to create their own memories.”

He discovered Kingfish in a more modern way, checking him out for the first time on his phone. “I came across a video. Wow, this kid is really, he’s got it, you know. And then I remember the first time we were playing some festival, I can’t remember where it was, but he was on the lineup,” he adds. “And so I went out of my way to get to the show early, so that I could watch his set and went up and introduce myself to him and, and told him that I was a fan of him and his music and his playing.”

Shepherd says his first guitar was plastic with nylon strings when he was about four. “The first notes that I played when somebody actually turned their head was “Smoke on the Water’,” he says, recalling his grandmother taking notice. “I mean, you know, it’s not the hardest thing.”

He’s never learned to read music. Learning a song for him is note by note. “I wanted to read music, but by the time I decided to try, I had already kind of developed my way of learning, which is really tedious,” he says. “Then it’s just repetition, repetition, repetition, until I get it figured out from the beginning to the end. And then I would memorize the songs. If you do that, to a certain point for so many years, then all of a sudden, it’s like the instrument starts to kind of make more sense. One day, you look at the thing, and all of a sudden you’re like, oh, wait a minute, I get it. And then that opens up so many opportunities for you to find your own voice.”

Shepherd found his at an early age.  He released his debut at 18 in 1995. Seven of his singles have broken into the Top 10. His sophomore effort, “Trouble Is…” is the longest running album on the Billboard Blues Chart.

Writing with others proved to be the prescription for him. “I was messing around with some songs when I was younger, and I was always very shy about them. So when I started writing songs for my very first album, I was co-writing with other people,” he says. “Once somebody else’s name was on the line, then I kind of felt more comfortable about putting it out there because I wasn’t 100 percent to blame if it wasn’t any good. ”

The pandemic has tested his patience. He finished an album before everything shut down. It’s been in the can for two years and will be there a little longer. There will be a release related to the anniversary of “Trouble Is…” later this year. So the new record will not venture into outside ears until next year.

He’s played with everyone from B.B. King to Keb Mo. He’s recorded with Stephen Stills and, most recently, with Ann Wilson. He’s opened for The Rolling Stones, The Eagles and Dylan, among others.

Being out with other blues masters, though, is the antidote to the past couple of years. “Everybody does their own set. Kingfish will go on first,” he says. “I’m gonna go on second, and we’re gonna let Buddy go on last and close the show. Because, you know, I mean, he’s Buddy Guy.”

Did he imagine at 14 that he’s be on the road with Buddy Guy? He pauses.