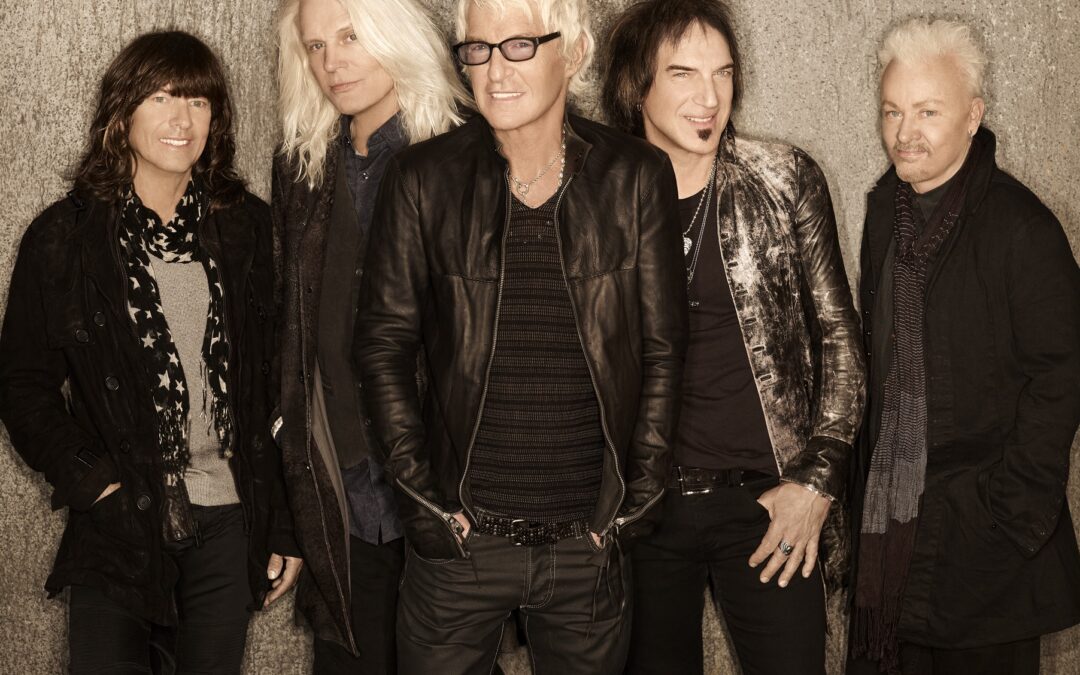 Like a booster rocket, the age of the power ballad thrusted REO Speedwagon from its 1971 launchpad as a straight-up rock band into the realm of the stars.

From 1977 to 1989, REO Speedwagon released nine consecutive albums all certified Platinum or higher. Today, REO Speedwagon has sold more than 40 million albums around the globe.

After six initial studio albums, REO Speedwagon’s commercial breakthrough arrived in 1978 with the release of the album, “You Can Tune a Piano, but You Can’t Tuna Fish.” Two key singles — “Time for Me to Fly” and “Roll with the Changes” — from the LP gained airplay on FM stations nationwide. “Time for me to Fly”

For Bruce Hall, who had joined the group as a bassist the year before, the timing turned out to be perfect.

“Up until that point REO Speedwagon was just an opening act for bands that were nationally known,” said Hall. “The idea of getting more radio play was on the minds of the songwriters, which at that time it was Kevin (Cronin) and Gary (Richrath).”

At the end of 1980, REO Speedwagon released its epic album “Hi Infidelity.” The record spent 15 weeks as the #1 album on the Billboard chart and was the biggest selling album of 1981. In fact, “Hi Infidelity” sold more than 10 million copies powered by the radio success of power ballads “Keep On Loving You” and “Take It On The Run,” both  of which became #1 singles on the charts.

When REO Speedwagon prepared to go in the studio and record what would become its landmark album, there was no sense that this would be their career defining moment.

“Kevin, Gary and myself were just writing songs to make a good album,” Hall said. “We were just making another record, not doing anything different.”

The band was recording the songs at Crystal Studios in Los Angeles and Kendrun Recorders in Burbank.

“We had this batch of songs and we just wanted to hear them, so we went over to this little alleyway to Crystal Studios to record a demo of them,” Hall said, “and we ended up liking the demos better than the studio versions. So that’s what ‘Hi Infidelity’ is: a bunch of demos with some overdubs on them.”

Those slightly enhanced demos were obviously to the liking of radio stations and fans. And for REO Speedwagon, a magical decision for what they believed would be just another album of songs they were happy with.

“We didn’t think we were writing this gigantic album,” said Hall, “we were trying to do the best job we could with the songs we had.”

In commercial radio, power ballads became popular in the late 1970s. Shock rocker Alice Cooper  once explained the pressure he was under to record a ballad when he released “Only Women Bleed.” The outcome was Cooper’s worst nightmare — it became a hit and the record executives wanted more.

Was this the same scenario for REO Speedwagon?

“Well, yes,” said Bruce Hall. “When we first started recording the album the guy from Epic Records said, ‘I don’t hear any hits.’ He was wrong on that one.”

“Gary Richrath was a rocker,” Hall continued. “I don’t remember REO doing too many slow songs before ‘Hi Infidelity.’ By Gary laying down that big guitar on Kevin’s ballad was him trying to rock it. So he accidentally kind of stumbled upon of thing.”

As a full-on rock band, REO Speedwagon enjoyed a small but loyal male audience. The power ballads, however, gained a legion of young women fans beginning with “Keep On Loving You.”

“You’re absolutely right about that,” said Hall. “In fact, a lot of guys tell us they played that song the first time they got laid.”

For the next few years REO Speedwagon continued to score hit records with “Keep the Fire Burning,” “Can’t Fight This Feeling,” “One Lonely Night,” and “In My Dreams.”