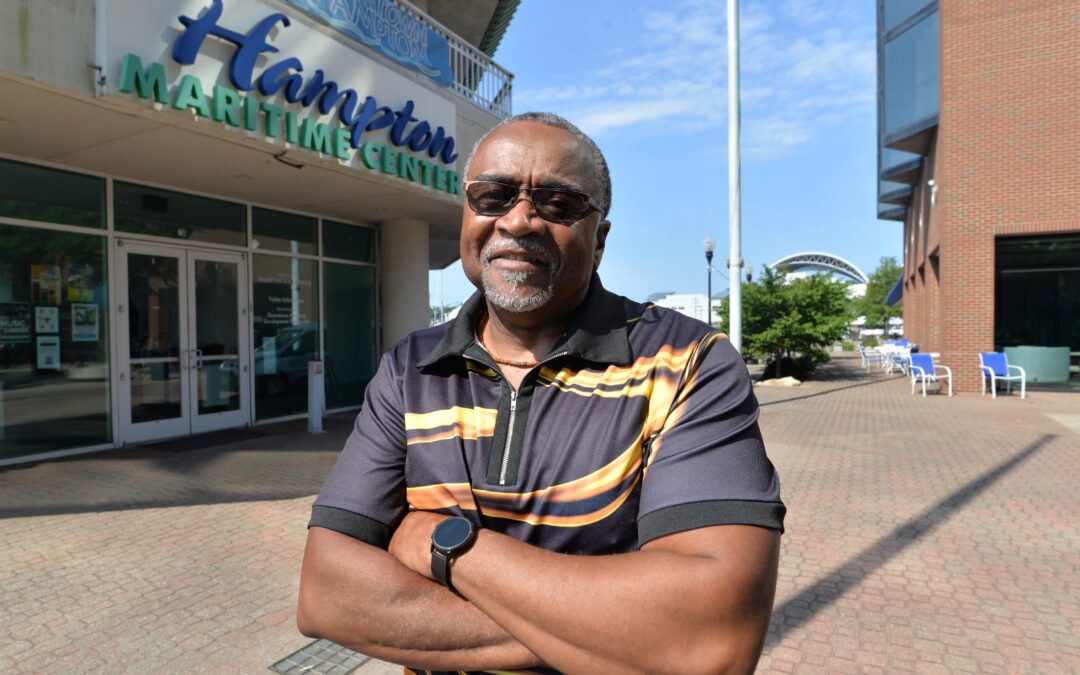 (Jay Lang on location for the Sundown Concert Series in Hampton.)

If you hear of a major jazz concert coming to town chances are Jay Lang has something to do with it. After all, Jay knows jazz.

Today, Lang is the station manager/GM at Hampton University’s Smooth 88.1 WHOV-FM, president/founder of HJ Lang Foundation (a 501c3 music and arts charity), and CEO/president of Blue Pyramid Productions. Under the expansive Blue Pyramid umbrella he engages in everything from voice-over talent, commercial radio production, artist and event management, entertainment consulting, and concert promotion.

Through the years, Lang has maintained personal friendships with the jazz recording artists he brings to Hampton Roads, Bob James included.

“When you say Bob James you have to put him in that same school of living legends as Stevie Wonder, Quincy Jones,” explained Lang. “(Bob) is a good personal friend. He’s 81, but plays like he’s 25. This will be the fourth time we’ve played Bob.”

Bob James was discovered by producer Quincy Jones in 1962 and got him a record deal with Mercury Records for his debut album, “Bold Conceptions.” James, as a solo jazz artist, re-emerged in 1974 as arguably the originator of smooth jazz with an album titled “One.” The record was highlighted by the track “Nautilus,” which is one of the most sampled bits of music by hip hop artists.

James composed the theme song, “Angela,” for the TV sitcom “Taxi.”  It appeared as the first track on his enormously popular sixth album, “Touchdown.” Among the musicians appearing on that album were Randy Brecker, Earl Klugh, David Sanborn, and Gary King.

For Jay Lang, booking Bob James and having him as a friend is something he could never imaged earlier in life.

“I played his music in high school band,” said Lang. “I would never have thought this legend we were all built up to learn from in music theory (class) would end up being a close person friend. How beautiful is that?”

The Church Street Jazz Series was born out of a celebration concert for the 10th Anniversary of reopening of the historic Attucks Theatre in Norfolk. Lang brought in Lonnie Liston Smith for that show.

Norfolk’s Seven Venues organization, which oversees management of its cultural facilities, reached out to Lang to program jazz at the Attucks to bring life to the theater.

This was of high interest to Lang as he approached the city of Hampton with a similar concept but was turned down at the time.

Hampton has new leadership and Jay Lang is presenting The Sundown Concert Series in front of the Maritime Center on the marina and Mill Point Park. On tap are Jason Jackson (July 16/Maritime Center) and Julian Vaughn (Mill Point)

When Jay Lang brings musical acts to local venues he also insists on bringing an artist’s regular supporting cast of players, rather than hire locals, no matter how good, to fill in.

“It’s because they don’t have to tell the drummer, ‘Hey, I’m feeling good so we’re going to take this to the third level,’” explained Lang. “He can just turn and bob his head, and the drummer already knows because that’s his friend; they practice together. There’s a chemistry.”

Lang notes it costs more for the full package from a promoter’s stance, but it’s worth the money and the integrity of the series to present the performer in the best possible light.

“To me, that’s the real concert,” he said. Bob James jazz