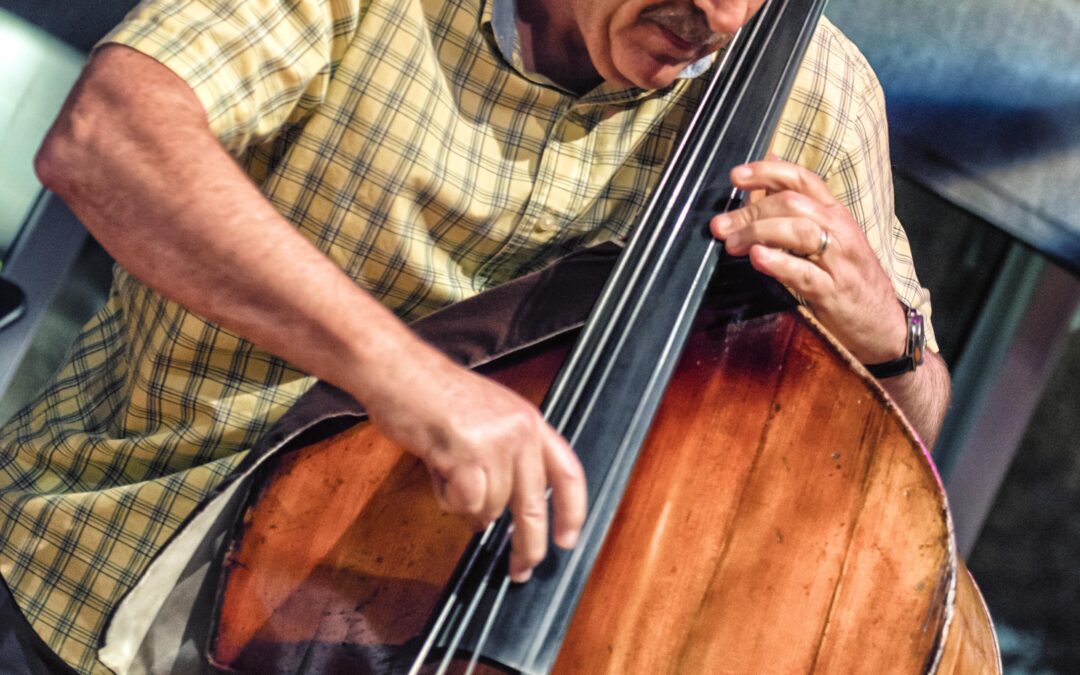 The popular Miller Jazz series returns this month to the Sandler Center, with a show titled The Art of the Alto Saxophone, which will feature the excellent Jeff Smith on alto sax, along with John Toomey on piano, Jimmy Masters on bass, and Emre Kartari on drums. Following the success of previous themed shows spotlighting the tenor sax, trumpet and piano respectively—The Art of the Alto Saxophone will shine a spotlight on many of jazz’s great alto sax players.

Hampton Roads native Jimmy Masters curates the jazz series, which he tells me is in its fifth or sixth year at the Sandler, during a recent phone chat. Masters is of course a well-known and accomplished jazz bassist, who has played with the likes of Cyrus Chestnut, Mulgrew Miller and Ellis Marsalis, to name just a legendary few whom he has accompanied on bass during his decades long career. “I’ve been so lucky,” he says, referring to the high caliber of artists that he’s worked with over the years.

Masters has worked with pianist and ODU professor John Toomey on the successful Attucks Jazz series, which Toomey has curated over the years. Typically presented in a jazz club setting within one of the upstairs rooms in the historic theatre, the featured artist, accompanied by Toomey’s trio, is normally a “national act” who just comes into the 757 to play the gig. “I’ve gotten to play with some of my absolute jazz heroes on that series,” he says. “And I just thought it would be cool if we could do something, and just use musicians that live here or Richmond or Charlottesville. People that I know that I’ve played with over the years, who are great players.” That idea eventually led to the creation of the Sandler’s Miller Jazz series, which is hosted in the venue’s intimate Miller Studio Theatre, a space that Masters says holds about 135 seated patrons. Remarkably, every show of the series held inside the studio theatre has sold-out. Masters credits smart programming, which has included prior themed shows on the music of Nashville, and Brazilian jazz, as well as just the loyalty of their jazz loving patrons. “They just know there’s gonna be something different every month, and that it will be interesting,” Masters says. “And they know the musicians are gonna be good. They’ve grown to trust what we present.”

Following this month’s alto sax show, Jazz Meets The Beatles on July 21st, After Bebop is on August 18th, and finally The Music of Burt Bacharach closes out the series on September 22nd. For The Art of the Alto Saxophone, the work of legendary alto saxophonists like jazz master Charlie Parker, Johnny Hodges, and Cannonball Adderley will be featured. Songs to include Parker’s “My Little Suede

Shoes,” “Reets Neet,” and Adderley’s “Work Song,” will be performed. “We don’t rehearse, except for the day of the show,” says Masters, who prefers it that way, as jazz is naturally an improvisational art form anyway. And so far, no song has “blown up” on them. Masters describes saxophonist Jeff Smith, who is also Virginia based, as “a phenomenal player who kind of flies under the radar a little bit.”

The legendary artistry of bass players like Ray Brown, Sam Jones and Paul Chambers, have of course positively impacted Masters in his development as a world class jazz bassist. However, it’s the artistry of the late great jazz guitarist, John Abercrombie, that he chooses to amplify. He got to play with his musical hero during a local gig, a few years back. “He was the nicest, most humble cat you’ve ever met,” says the bassist.

With all of these upcoming high-profile jazz shows, it would appear to many that Hampton Roads currently has a thriving jazz scene, but that perception would be a mistake—both Masters and I agree. “I would describe it as mediocre at best,” says Masters. There are just not a lot of establishments here that feature quality jazz throughout the week, and certainly not on the weekend. Masters mentions Norfolk’s Café Stella as an exception, but the glory days of Ghent’s Bienville Grill are long gone.

And it’s been approximately 9 years since Havana Nights, which featured a high-quality jazz club within its impressive Town Center space, closed for a number of reasons, despite the fact that the jazz club portion was packed every weekend. Nothing comparable to it has emerged since—also despite the significant successes of jazz shows that play various performing arts venues throughout the Southside and Peninsula.

“We can’t find a Friday or Saturday place that wants to have jazz,” says Masters. “And it’s been that way since Havana Nights closed in 2013.” Still, the jazz series at the Sandler, and similar one at the Attucks, not to mention the occasional jazz-focused festival, is way better than nothing. “I’m a glass half-full guy. I’d rather be happy with what I have right now, than gripe about what I don’t have.”

The Art of the Alto Saxophone