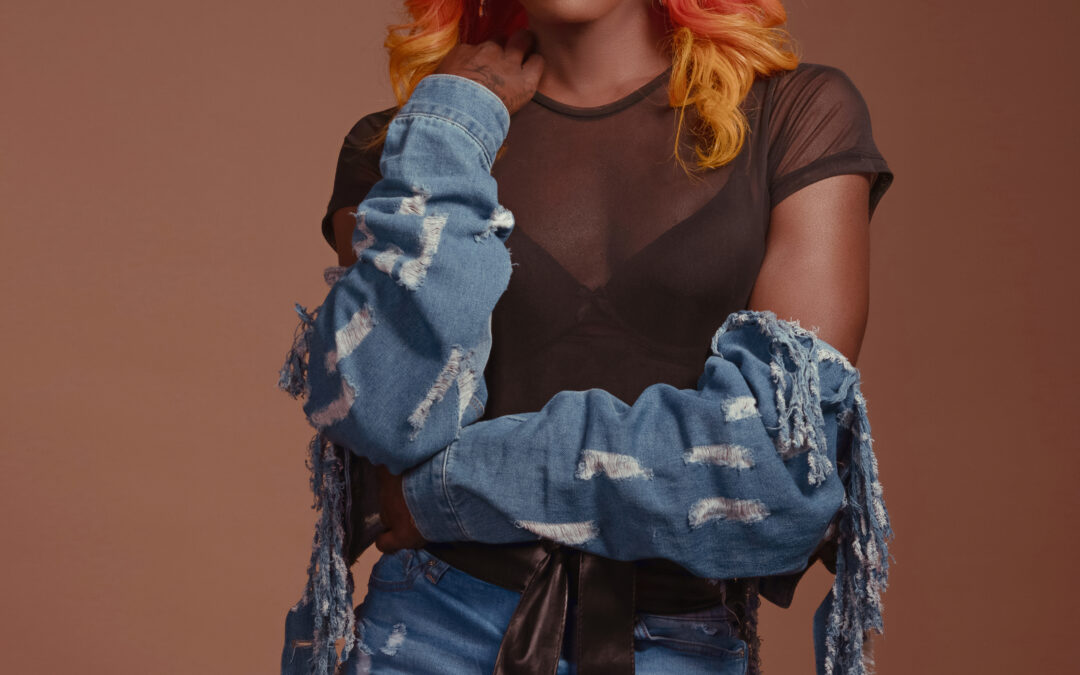 For some 20 years, many in Hampton Roads have experience K’Bana Blaq as one of the charismatic, upfront singers in The Fuzz Band. His fashion sense, dance moves, and vocal talent keep crowds captivated.

Now, with a passion for acting, Blaq is entering the entertaining world of drag with a self-invented character he identifies as Vivian Deveraux Valentine.

Vivian’s debut as a live drag performer is Saturday, July 16 on the main stage at Zeiders American Dream Theater in Virginia Beach.

VEER: As an established entertainer in The Fuzz Band, a solo recording artist, and an actor, what was your creative process in developing the character Vivian Valentine?

Vivian Deveraux Valentine: Covid opens the doors to look at life with new opportunities against my fears and walk more of my creative truth. In creating Vivian Deveraux Valentine, I wanted to bring a certain kind of class with an unexpected edge. My middle name Deveraux is to honor Dominique Deveraux from Dynasty and the phenomenal icon actress that played her Diahann Carroll. To wrap it in a sweet bow, my first name Vivian would be my daughter’s name, and my last name Valentine is because I will always believe in love.

VEER: How long have you had an interest in exploring the role of a drag queen?

VDV: Lol…FOREVER!!! I was afraid and fearful of the judgment that comes with most things that our Alphabet Community (LGBTQIA) has to deal with in spaces that find us to be an issue instead of a blessing. I am learning that fear is the greatest weapon we allow to block our dreams.

VEER: How did you research the performance aspect of performing in drag?

VDV: Research and more research.  I’m one that only wants excellence out of anything I do, and for that reason, I study the best. RuPaul is the standard in this industry and I follow drag queens that are very passionate about their talent. I wanted to learn every aspect even down to doing my own makeup. At the end of the day, this is a business, and it should be treated with that kind of respect.

VEER: You have always been a very fashionable person. Can you share the development of the “look” of Vivian Valentine?

VDV: Whew! Now that is the most fun for me because I wanted a style that was very relatable to women with an iconic trendsetting twist that’ll have the drag streets talking, and the world wanting more. So, these women are my influences Diahann Carroll, Grace Jones, Diana Ross, Teyanna Taylor, Tina Turner, Whitney Houston, Rihanna, and Erykah Badu.

VEER: Many drag shows are presented as a Sunday brunch at a restaurant or brewery. They are traditionally upbeat, funny, and involve music. What is the Vivian Valentine live experience like?

VDV: First, it is a show in the beautiful 250-seated Zeiders American Dream Theater, which I am completely ecstatic. I will be doing my version of my own Drag Brunch this year too but for now it is time to give a big show. Vivian Devereux Valentine is a whole moment,  giving you a non-stop range of emotions. I am not a kick, flip, and split queen, I’m a performance queen that gives incredibly lip-sync, raw energy with routines that feel natural and not robotic. I want the audience to truly feel like they are at a show. Vivian is an artist too that is a lyricist and will showcase some live singing, too. Just know if you love K’bana Blaq babbbbbbby, Vivian Deveraux Valentine is like the 4th of July every time she hits the stage.

VEER: How do you see the character of Vivian evolving?

VDV: Vivian Deveraux Valentine is RuPaul’s daughter  — lol — but for real I know I will evolve into the next megastar providing the new next level of drag queen entertainment that will take it to create levels of excellence, fun, and freedom. I see a void for me in drag that I need to fill and that is the magic for anyone to find the voids you fill in this world, and you will find peace and a greater sense of fulfillment.