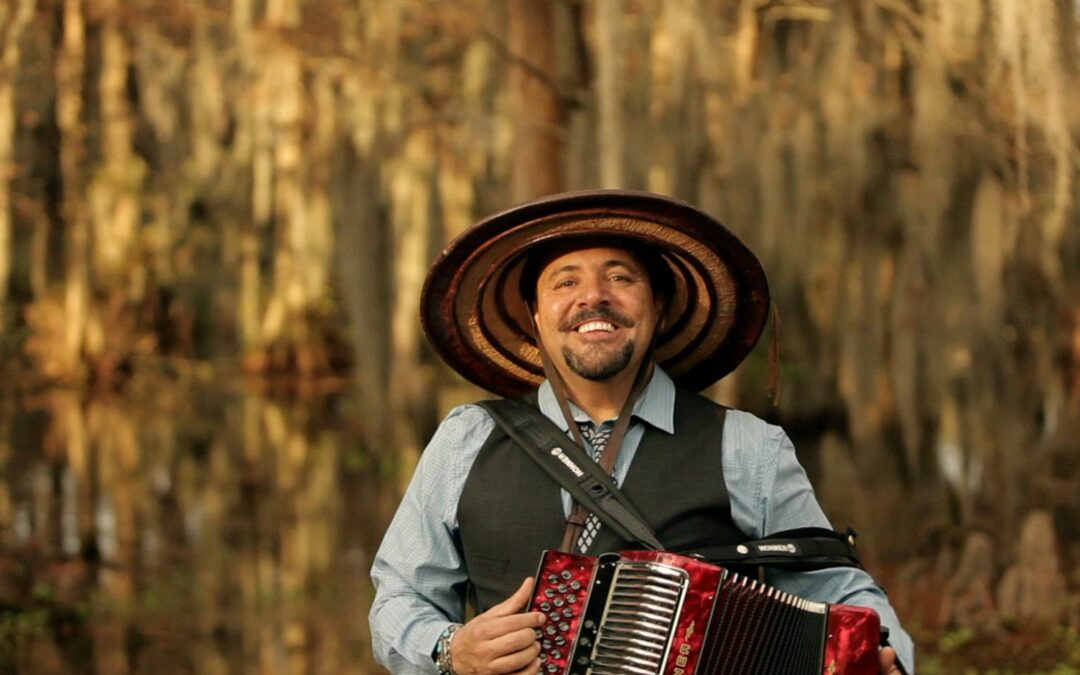 (Terrance Simien will be a Bayou Bon Vivant highlight)

Earlier this year, Zydeco music great Terrance Simien and his band were in Henderson, Nevada for an educational engagement with his Creole4Kidz program that brings the sounds and instruments to children around the globe.

After a good night’s sleep at the hotel, Simien could not believe his eyes: gone was his trailer filled with the band’s musical equipment and his coveted Grammy Award.

Terrance Simien & The Zydeco Experience will perform twice as part of the three-day Bayou Bon Vivant at Town Point Park in Norfolk. The musical lineup is impressive and includes sets by North Mississippi Allstars, The Iguanas, Rebirth Brass Band, Dumpstaphunk, and more.

To learn more about Terrance Simien’s resilience and his return to the road, I called him as his home in Louisiana. Here’s an excerpt from our conversation.

VEER: I saw where your trailer was stolen and that fans set up a Go Fund Me account to raise enough money to replace the musical instruments. What’s the latest on this?

Simien: We were performing in Henderson but staying in Las Vegas at a casino hotel. We had parked in a parking lot where there was security on bicycles, valet parking, cameras everywhere, and yet this still happened. It was a shock.

It was the perfect example of how God can take something bad and turn it around into something good.

We raised over $32,000, which is going to be enough to cover everything. We are so grateful and humbled by that gesture of unbelievable kindness from our friends from around the globe who donated so generously.

VEER: Most instruments can be replaced, but I wonder if there were any sentiment items that were taken from you?

Simien: Some of the stuff we lost had sentimental value. I carried by first Grammy Award with me that I take mainly to show the kids when we do our educational performance we created called Creole4Kidz. We also do some in classroom demos. It’s fun to bring the Grammy out and let the kids pass it around, hold it, and take pictures with it.

They (the thieves) stole one of the Grammys, but we’re going to get it replaced. That was the first Grammy we won and it had some sentimental value.

And these rub-boards. I think about the rub-boards we had. We use them also in our children’s show. Those rub-boards they stole were the ones kids in Russia and Ukraine played when we were there. That vibe soaked into the steel.

VEER: I remember you breaking out your Grammy on stage here in Norfolk and letting the audience get a close look at Town Point Park.

Simien: It’s something don’t get to see. You see them on TV but not too many people bring ‘em around and share it with everybody.

VEER: How did you and the band cope with going through the pandemic?

Simien: We were all able to tap into the assistance from the government. That really helped out.

We understood we weren’t the only ones going through it. The whole world was dealing with this. It was a time for me to actually reflect. I was the first time in 40 years I wasn’t on the road for more than two months at a time. I enjoyed that, you know?

But then I started missing everybody — friends, performing our live music. It was so weird that live music was gone.

I think a lot of people took to the streets (in protests) because it was a reason to gather. If live music had of been there some of that would not have been as much.

VEER: Education struggled through the pandemic as well. How was Creole4Kidz impacted with children not being able to learn and perform music together?

Simien: You know that’s the one thing I thought about the most. As adults we are going through this, but the kids most be totally tweaked out over this because they can’t play with their friends. That’s all part of growing up and becoming the person you are.

Music is that alternative, that comfort zone for so many people. And live music. Nothing brings people together more than live music — young and old.

I’ve been able to experience live performances. I know it had to impact the kids in a major way.

We’ve done some outreach through the internet through that time. But there’s just nothing like seeing it live; feeling it live.

Kids had to show enormous strength to get through this time. We had just finished performing with 600 kids in Henderson, Nevada when our trailer was stolen. They were digging it, man. You could see the joy on their faces and it was amazing.

VEER: Do you see yourself as an ambassador for Zydeco music?

Simien: Yeah, I try to be because I really take to seriously in putting the right information out about our Creole culture.

I’ve done a lot of research. We’ve been doing our Creole4Kids program for over 20 years. I feel good that I’m able to pass on information about our music and our culture.