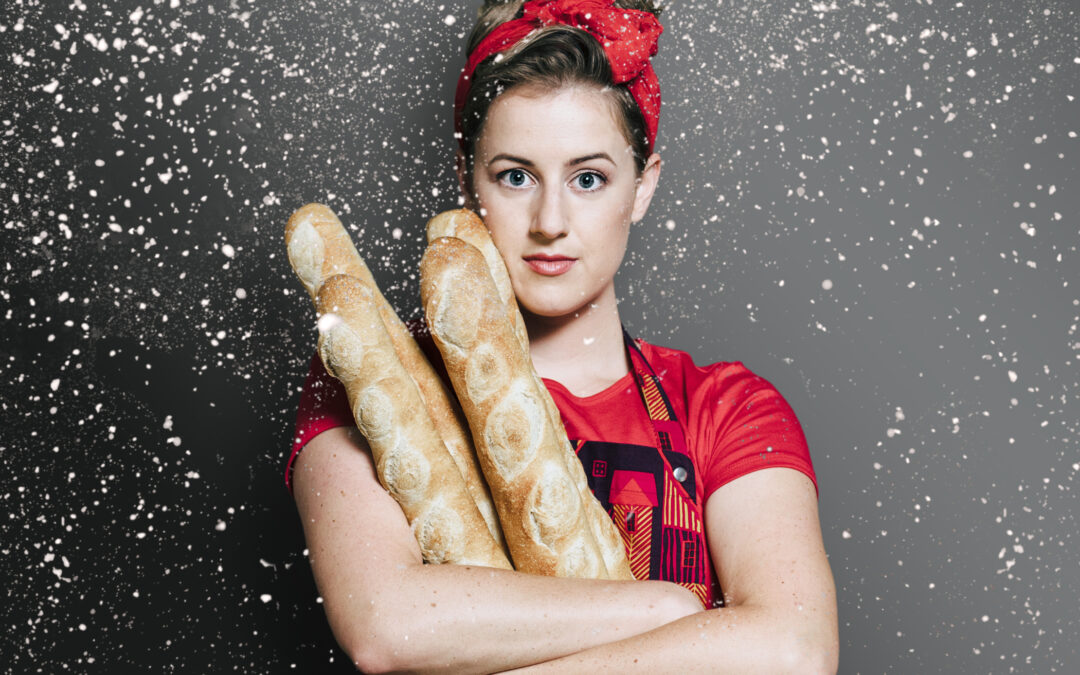 The mission of the Virginia Arts Festival’s John Duffy Institute for New Opera is “to add diverse, relevant and underrepresented creative work to the American opera theater repertoire.”

That mission was put on hold for two years, but it’s coming back strong in June, when the arts festival hosts the world premiere of two wildly different one-act operas the Duffy Institute helped develop.

“Briar Patch” is an adaptation of the “Br-er Rabbit” story that actually pays homage to its African roots. “Companionship,” adapted from the short story by Arthur Phillips, is about a baker and a baguette that … comes to life.

“It’s been a long time coming, and we’re thrilled about it,” Karen Oberthal, the Duffy Institute’s assistant director and project manager, told Veer Magazine. “‘Briar Patch’ is charming and funny, and ‘Companionship’ is a quirky dark comedy. I got to see it in its piano premiere in Fort Worth, and I just thought it was amazing. We’re very excited to finally get these onstage. We’re over the moon.”

“I wasn’t an opera person. I was completely in the orchestral world before ‘Harriet Tubman.’ And then ‘Harriet Tubman’ had all these different styles in it. People began to think of me as an opera composer, and I began to write operas. I always joke that Harriet Tubman was the best conductor in the world, and she conducted me into an opera career!”

“I had this idea that I was going to do operas that are based on folk stories—specifically West African folk stories. There’s a trickster called Anansi the Spider, and that’s the same character as Br’er Rabbit. I wasn’t quite sure what I was going to do with those stories—I just love them. A lot of people associate Br’er Rabbit with the Uncle Remus stories. What I love about this is that it reclaims these stories. So we decided, ‘OK, we’re going to reboot these.’”

“My librettist was Carman Moore. Carman is an amazing composer, and I knew him just by reputation. Someone had suggested that he would be a good librettist for this because he also writes, and we just had the most fun with this piece. If you think about the poetry of Langston Hughes—so if he met together with Gilbert and Sullivan, and they’re on steroids, and they’re going to the black church. That just says it all there.”

“Carman just got so excited with his poetry. People were thinking, ‘Oh, it sounds like rap.’ And I’m thinking, ‘OK, Carman Moore is 80 years old. He pre-dates rap.’ Gosh, it just excited me so much. It was so over-the-top funny that I had to come back with something that was over the top.”

“A lot of it is kind of an homage to the black church … what you think of with your gospel music. It’s an interesting blend of style. So there’s that. There’s jazz. There’s blues. It’s just this tribute to black music.”

“A lot of people have stereotypes about opera, and they have this really kind of shut down, ‘I don’t like opera’ type of thing. This music is accessible, and it’s accessible to everybody. … They’re going to have a great time. They’re just going to laugh.”

“When I read the story, I felt like Arthur had written it for me, which is not something that I feel all the time when I read stories. I think he has an incredible insight into female characters that I don’t find all that often from male authors. It’s an incredibly compassionate story and a very wise story and also very funny. I just I feel like we have a very similar sensibility. It’s rare that I read a story and before I even get to the second paragraph, I go, ‘Oh, my god. This has to be an opera!’ I just love that I’ve had the chance to live with this beautiful story for so long and that it’s taken on different meanings at different points in my life.”

“I say that I write operas that sound like musicals and musicals that sound like operas. To me, there’s really no difference because I’ve been studying both of them my whole life, and I feel like it’s a very permeable boundary that I’m always going back and forth between. For me, it’s really all about how you market it to people and what an audience’s expectations are coming in.”

“I am so excited. I’ve been living with this piece since 2011—even before I came to the Duffy Institute for the very first time. To have the fullest possible realization of this is something I’ve been dreaming about for a very, very long time. You know, at first the response to this piece was, ‘This is so weird. I can’t take it seriously. What the heck are you doing?’ So to have this much support along the way and to finally be able to see it on its feet the way it needs to be seen is just extremely validating and gratifying, and I just can’t wait.”

“This is kind of the culmination of many, many, many years of work, and I’m hoping that we can get an excellent recording of it so that it can continue to have a life. You know, it needed more tinkering that needed to happen before this production. And now that that’s done, I feel confident that I have something that I can share with as many people as possible in the form that it needs to live in for as long as possible.”

The Virginia Arts Festival will present “Briar Patch” and “Companionship” at 7:30 p.m. June 3 and at 4 p.m. June 5 at the Attucks Theatre in Norfolk. Ticket prices start at $10. For tickets or more information, visit vafest.org.