Joyous Sounds of The War & Treaty 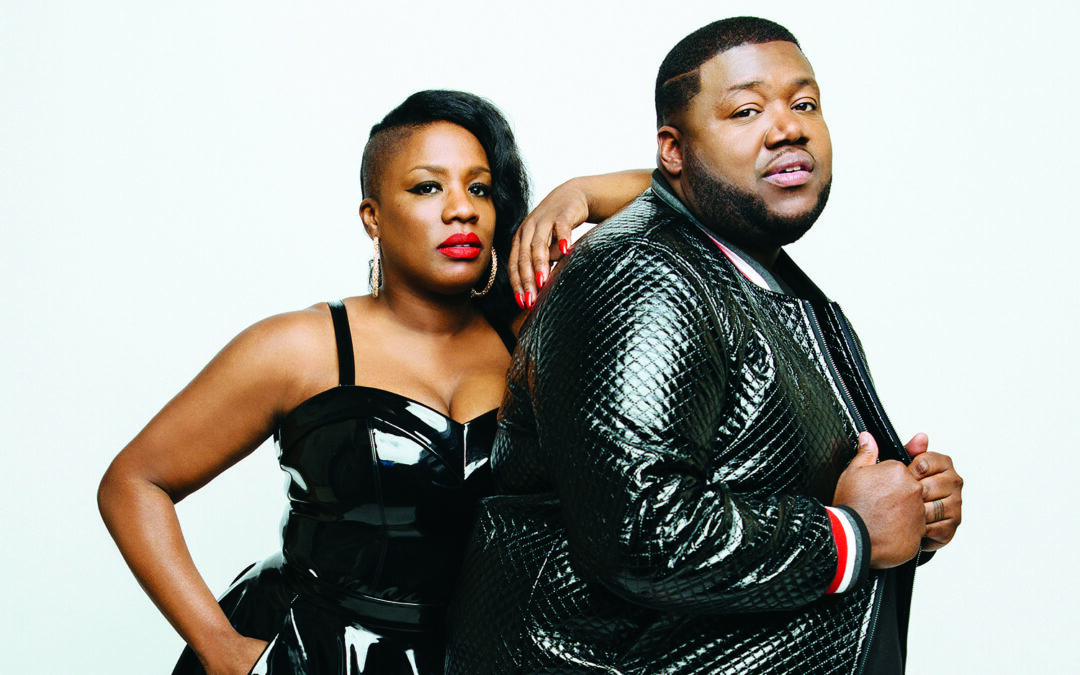 Trotter, one half of the husband and wife duo The War and Treaty, was serving in the U.S. Army in Iraq after the U.S. invasion in 2003. An IED killed his captain, a man he describes as the best of us.

Growing up in Cleveland and Washington, D.C, homeless at times, Trotter listened to everything from Ray Charles to Johnny Cash to Harry Belafonte. He sang in church.

In Iraq, he plinked out notes on a piano in one of Saddam Hussein’s palaces. But writing that tribute to his friend and performing it during a memorial service there transformed him.

“It brought a lot of healing and clarity to the soldiers and it made me believe that was my purpose in being out there. It pretty much changed my job on the spot,” he says in a call from his Tennessee home. “I started to become a singer and a writer. I’d write a song about the fallen and go perform them at the memorials. It changed my life and changed my perspective.”

Trotter’s journey to finding his wife, Tanya Blount-Trotter, is dotted with those moments, moments where one small event set them on a path to becoming one of the hottest emerging Americana bands. How hot? The group recently performed during the induction of Ray Charles into the Country Music Hall of Fame and have opened for Van Morrison, John Legend, Brandi Carlile, and Jason Isbell.

They bring their hip-shaking, heart-mending, joyous shouting music to The Perry Pavilion on May 26 as part of the Virginia Arts Festival’s North Shore Point Downtown series.

When he returned from Iraq, he struggled to start a solo career. That changed when Tanya reached out to him to perform at a benefit to raise funds for school supplies for children in need in August 2010 in Maryland. It was named the Love Festival, of course. They exchanged numbers. He lost hers. She didn’t lose his.

While their romance bloomed, melding their voices in harmony took time – and another one of those unplanned moments. “We didn’t immediately start singing together. Actually, it took about four years into our marriage before we recognized the kind of gift that we had going on,” he adds.

Trotter was writing songs for a duo Tanya had with her brother, who was late for a rehearsal one day. So Michael took a turn at the mic. “Fate stepped in and her people saw me and Tanya singing together in a rehearsal. And they were like, Whoa, now that’s not no brother and sister,” he says. “That’s something else. So, you know, we were like, okay, maybe we should give it a shot. And we did.”

Consider it fate. Michael had been singing with Tanya since childhood. At 19, she nabbed a part in “Sister Act 2.” Trotter and his family were big fans. He’d harmonize to her duet with Lauryn Hill on “His Eye Is on the Sparrow.” “My dad and my mom, we think about that to this day. It is really cool, you know, to be married to my dream. Back then, I was like, man, I’m in love with this woman,” he says.

That love and their talent creates music that is uplifting, sexy, soulful, loving, dark and light  They evoke the best of soul duos, Ashford and Simpson, Marvin and Tammi, Ike and Tina. But also the best of country crooners. They’ve appeared at The Opry several times.

Their break came thanks to another one of those moments. Don Was, the legendary producer of everyone and bandleader, was cruising around Detroit one day when WDET played their song, “Hi Ho.” He called the station to find out who they were, got in touch, and asked them to perform at his annual benefit, Concert of Colors, in 2017. He introduced them to Buddy Miller, the Nashville producer and songwriter. “And the rest was history,” Trotter says.

Miller produced their stunning full-length debut, “Healing Tide.” The album deftly moves from the pedal steel and horns of “Are You Ready to Love Me” to the string band sound of “Here Is Where the Loving Is At,” featuring Emmylou Harris, to the steamy New Orleans feel of “Jeep Cherokee Laredo.” But the centerpiece is the title track, a cut so propulsive and irresistible it would make Ike and Tina jealous.

Their second, “Hearts Town,” expands their musical palette. There’s the jazzy blues of “Hey Pretty Moon,” the funkiness of “Jealousy,” and the Gospel touch of “Take Me In.” “It’s just a great time to be a creator,” he says. “We just feel that we have so much to offer the community of music period, whether it is Americana or country music or folk or bluegrass, whatever it is. We are influenced by it all.”

The showcase of the album is “Five More Minutes,” where their voices swoop and dive, circling the subject.

As a combat veteran, Michael returned with PTSD. The song grows out of a day when Trotter intended to take his life. The police came to their home. Tanya got down on her knees and implored him to give her five more minutes to love him.

Five more minutes became the central line of a song he wrote in 2017, joyous R&B romp over dark undertones. “It came out of a dark moment in my life, but you know, the end result is very bright. So I wanted to sing and write that song from the end result rather than the darkness of the actuality. And that’s how it’s constructed. That’s why the brightness of the horns. You hear that Al Green kind of melody and you know, it’s just, it’s just a happy thing,” he says. “You know, mental health doesn’t have to be such a drag to talk about it. It doesn’t have to be so dark and this gloomy cloud. Just doing something to make you happy is awesome mental health.”

Their third album, now in the works, is in the hands of Dave Cobb, the hot Grammy-winning Nashville producer who has worked with Jason Isbell, Sturgill Simpson, Chris Stapleton, and Anderson East.

Meanwhile, they’re enjoying the ride on the road and acknowledging the ups and downs and the whims of fate along the way.

Trotter says the woman he fell in love with watching a movie more than 25 years ago helps him endure. “A big part of my (PTSD) treatment is Tanya. Vince Gills’ got a song out, ‘When My Amy Prays’ and it made me jealous because I wish I wrote ‘When My Tanya Prays.’ I don’t do much of that. But when Tanya does, everything settles for me and I’m more at a resolve with Tanya in my life. So my PTSD treatment is just the love of my wife and my family and really just trying to be honest about my struggles.”