An Album of Covers from Cowboys Junkies 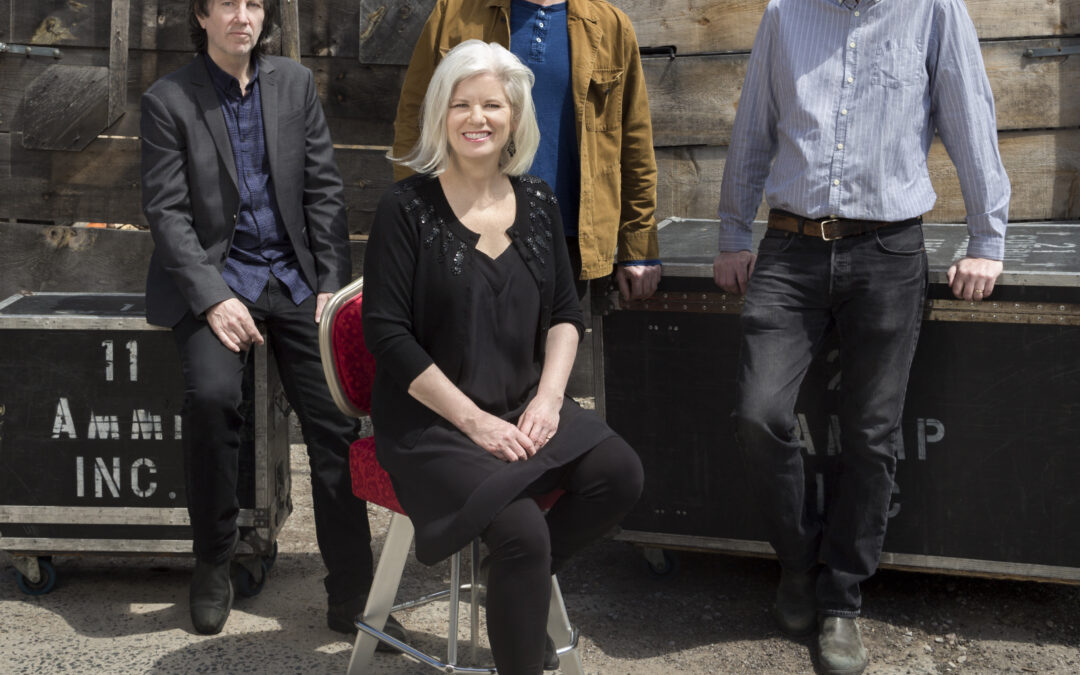 Cowboy Junkies have long been appreciated by fans for their version of cover songs they bring to the live concert stage.

This spring, the alt-country band delivered a studio album of some of their and fans’ favorites. The record is titled “Songs of the Recollection.”

The concept isn’t a surprise given the members of the band are mostly comprised of siblings — Margo, Michael and Peter Timmins — who were raised in Montreal and, along with friend Alan Anton, spent hours around the house listening to vinyl records in the 1970s long before picking up an instrument.

“I think everybody in the band are passionate music fans,” said guitarist and songwriter-in-chief Michael Timmins. “Music at a very early age had a huge affect on me. When I look back at the age I was — I was 9 or 10 years old — I still remember hearing certain Beatles albums and songs, and really being moved by them sitting in my room and playing them over and over again.  I look back now and think of how powerful those moments were.”

Cowboy Junkies made a strong impression on millions of Canadians and Americans with the release of their sophomore album, “The Trinity Session,” in 1988.The album included a cover of the Velvet Underground’s “Sweet Jane,” which remains their best known single.

Cowboy Junkies continued a string of successful albums  through 2004’s “One Soul Now.”

With “Songs of the Recollection,” the band puts its twist on two Neil Young pieces (“Love in Mind” and “Don’t Let It Bring You Down”), a Rolling Stones’ “No Expectations,” a recent Bob Dylan number called “I’ve Made Up My Mind To Give Myself To You,” “Vic Chesnutt’s “Marathon,” and “Five Years” by David Bowie.

Bowie was a major influence on Michael Timmins.

“‘Ziggy Stardust’ is probably one of my favorite albums of all time,” he said. “When you go through his collection you realize how relevant he was and how timeless his albums and his music was. From a point of view of performance. Alan and I  were fortunate to see the ‘Diamond Dogs’ tour in Montreal and that was so revolutionary as far as putting on a stage show. It’s hard to overstate his importance, I think.”

The album opens with a sensual version of David Bowie’s “Five Years.” Singer Margo Timmins’ voice fits the song like a glove.

“We were putting together a series of themed live shows with a bunch of acts in this small club in downtown Toronto and one of the set themes was Dead Heroes,” explained Michael, “and ‘Five Years’ popped out. It seemed so relevant to the times, and so we thought maybe we could do a cool version of this. It is such a powerful song lyrically, and Margo really owns it. It remains in our live set and is now the lead track of an album.”

The album ends with their take on “Seventeen Seconds” by The Cure. Cowboy Junkies had recorded the song during the sessions for their 2005 album of anti-war, anti-violence tunes titled “Early 21st Century Blues,” but it didn’t make the cut as one of the final 11 tracks for that release. When deciding on material for “Songs of Recollection,” they found the Cure tune in their archives.

“This is a funny one,” said Timmins. “Those punk rock days of the late ‘70s and early ‘80s, and that’s really the era that inspired me and Alan to start making music together. Those DYI guys coming out of London and New York said to us, ‘You know you don’t have to be a Mick Jagger to make music. You could be somebody on the streets who picks up a guitar to make music.’ That was what really inspired us to start making music.

“Then those first couple of Cure records were a sound we really gravitated towards,” he continued. “I think it was more kind of spacey and gothic and in someways reflected back to the early ‘70s of Pink Floyd, The Doors.”