What You Should Know About NATO 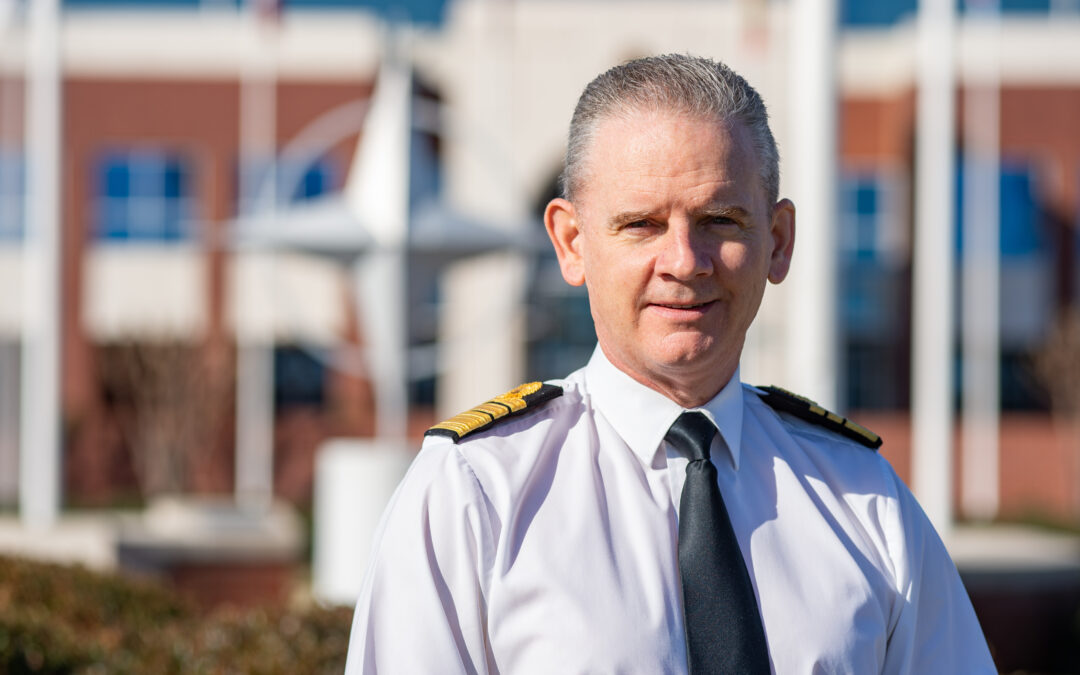 With Russia’s invasion of Ukraine and the horrific images of its murdered citizens being buried in mass graves broadcasted on a 24/7 news cycle, NATO has been the topic of many discussions on and off camera.

What can and should NATO do in response given its only obligation is in the collective defense of its 30 member nations, and Ukraine is not one of them?

On April 6-7, NATO Foreign Ministers met at its headquarters in Brussels and agreed to sustain and further strengthen support for Ukraine.

To provide the most clear information to our readership, I asked United Kingdom Vice Admiral and NATO ACT Chief of Staff Guy Robinson for his insights. Mr. Robinson is stationed in Norfolk at NATO’s Allied Command Transformation Headquarters.

As a disclaimer, I should share that I am this year’s chairman of the Norfolk NATO Festival.

VEER: Can you briefly share with readers how NATO works? There is both a political side headed by NATO Secretary General Jens Stoltenberg and the military side with headquarters in Belgium as well as Norfolk.

Robinson: As you have alluded to, Jeff, there are two parts to NATO. There is the political structure which represents the 30 member nations in Brussels. On a routine basis all nations have an ambassador. They meet every week unless the current environment requires they meet more frequently.

We are a consensus organization where political decisions then drive military action.

VEER: Article 5 of the Washington Treaty basically states an attack on one NATO member nation is an attack on all should the attacked nation invoke its use. In NATO’s history, the only country to invoke Article 5 was the United States after 9/11. Is there a best way to explain how the process works?

Robinson: The Washington Treat that was signed 73 years ago by those 12 nations has a number of articles, but the one that is most commonly referred to, as you say, Article 5, which refers to the collective defense of the Alliance.

It is worth pointing out that Article 4 is an opportunity for any nation to consult when there are security threats to their nation where all allies come together and identify threats and risks.

But back to Article 5 which is the collective defense article where an attack on one nation is considered an attack on all. It comes with a few caveats. It’s founded in a geographical area and it also reflects on an attack on the forces of the country, like a ship or aircraft, not just the territory. As long as it is in the geographical boundary of the north Atlantic and Europe it applies and would be a reason for bringing Article 5 into place.

Once Article 5 has been invoked, nations can decide what ever response they want in terms of how they contribute.

We are a defensive alliance. The premise of Article 5 is how do you increase the security of any allied nation. If you attack me, I can call on my other 29 allied nations to come to my defense.

You pointed out 9/11.  That’s the only time we’ve invoked Article 5 in the history of the Alliance.  Of course nations came to the support of the US when they requested it in dealing with that terrorist threat as in manifested at the time.

VEER: We often hear American citizens and commentators on CNN and other news outlets wanting NATO to do more, whether it is to enforce a no-fly zone, put boots on the ground or provide offensive weapons to Ukraine. How would you respond to people who have those questions?

Robinson: Just to avoid any doubt, Ukraine is not a member of the Alliance, so Article 5 does not apply.

Within a set of criteria we have a policy to allow  nations to join the Alliance.  But Ukraine is not a member of the Alliance, so that collective defense does not apply. That is not to suggest that NATO doesn’t recognize the severe consequences of a war occurring in Europe on its very border. It’s obviously seized by the disastrous and appalling situation that is unfolding in Ukraine.

The political decision makers have to make a judgement in terms of how they will support Ukraine, either as a nation or as NATO, and are very conscious that engaging in direct support by fighting in Ukraine will almost certainly lead to a direct confrontation with Russia, and that is not something we want if it can be avoided because the consequences, as anyone could see, will be absolutely terrible. We are trying to avoid a direct confrontation with Russia in our activity at the moment.

Nations are putting a huge amount of direct support into Ukraine and will continue to support their very brave and determined efforts.

VEER: Under the umbrella of hybrid warfare there is false information being disseminated. How does NATO address the information warfare issue, and when Russia may target Russian-speaking populations in parts of the Baltic nations?

Robinson: I think what’s fascinating in this particular crisis that has occurred is that certain Allied members decided to share intelligence in a way they probably wouldn’t have done previously to head-off actions they thought Russia would be taking and they try to indicate where there might be these false flag operations, as you’ve described, in order to not allow Russia to seize those opportunities. So that’s been a very interesting part of this conflict that is going on in Eastern Europe.

I think what is also interesting is non-military actors that have gotten involved in this. There are many open source organizations that have pulled together energy that is perfectly accessible anywhere on the web in trying to draw deductions or shine a spotlight on what’s going on it that crisis in a way that is new and far more expanded. It just shows how that dynamic of how warfare is changing in a very substantial way in the 21st century.

VEER: The Russian invasion of Ukraine really seems to have strengthened NATO and reaffirmed its value to its member nations.  Is this the case in your view from headquarters?

Robinson: It is an overused saying but NATO is unique. We’re not comparing ourselves to another huge military alliance. We don’t have a competitor. There is no other organization that exists like NATO to have 30 alined nations.

There have been some very powerful statements by Alliance leaders over the last weeks and months as this crisis has unfolded where people have described unprecedented actions and situations or even perceiving the threat now that Russia has presented to the Alliance in an unprecedented way.

Through all of that it has been very clear to me,  having the privilege of sitting and witnessing all of the sessions of senior leadership, that the unity has never been stronger than I have witnessed in my 36-year career.

Clearly the end of the Cold War was a turning point for the Alliance and it took a very different direction, but it remained unified and grew. But I don’t think we’ve ever seen as much cooperation, as much intense activity together as aligned to move forward to take actions to prepare defense more robustly, investing more money in people and resources and thinking of how we are going to adapt for the future.

This really is unprecedented. It has absolutely underlined the unity of the Alliance, the strength of this defensive Alliance and how we will absolutely remain focused on insuring security of the allied nations.

NOTE: Norfolk NATO Festival Flag Raising Ceremony happens Thursday, April 28 on Scope Plaza at 5 PM. The Parade of Nations and NATO Village are scheduled Saturday, April 30 at Town Point Park beginning at 10 AM. Free admission and open to the public.