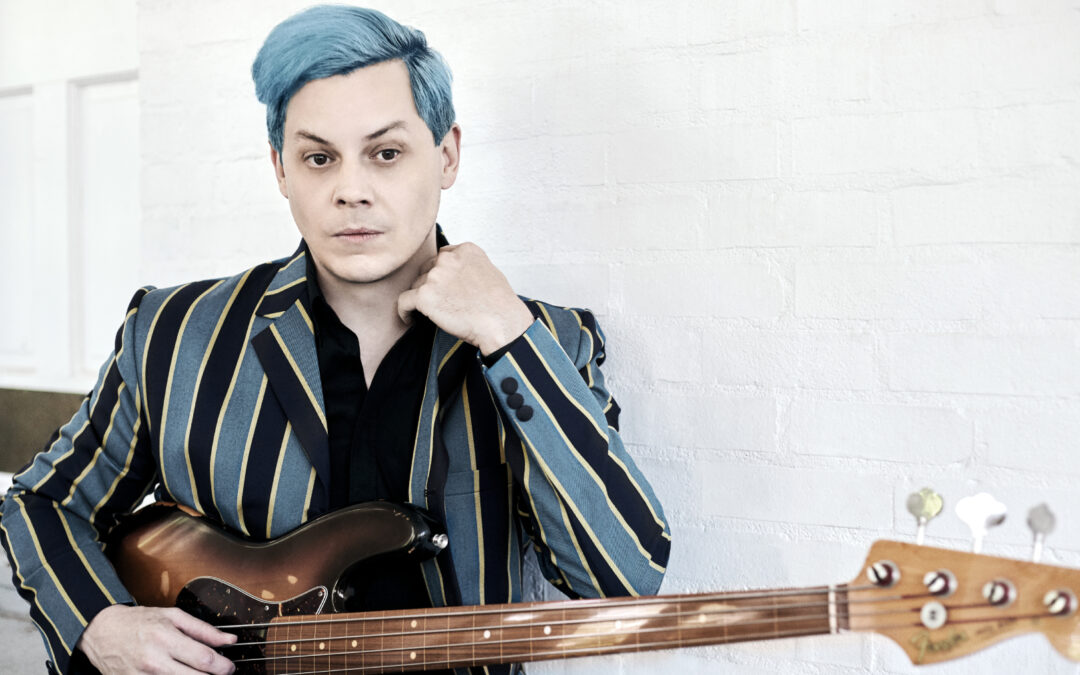 Jack White recently released one album, “Fear of the Dawn,” with another, “Entering Heaven Alive,” arriving July 22. He’s also rehearsing about 100 songs for his Supply Chain Issues Tour that stops in Portsmouth on April 23.

What’s the secret to the former White Stripes member’s productivity?

It just might be that he hasn’t owned a smartphone.

“I never had a smartphone, but that time is about to come to a close. When I was trying to get COVID tests, I’d pull up to a place and needed a QR code and I couldn’t get the test. Now I can’t pick up my kids without calling first, so because of things like that my days are numbered,” White told USA Today recently.

White, as with too many artists these days, was not available for an interview, according to his publicist.

He has done interviews with USA Today and Spin about his latest project. Reactions have been mixed. A reviewer for Paste said the disc of guitar fury yielded mixed results. “It’s a loud album, full of stomping rhythms and stadium-sized riffs. That’s an aesthetic, sure, but one that tends not to allow for nuance or shifting musical dynamics—two key components of White’s most interesting work,” he said.

Pitchfork focused on its weirdness. “Excess has become White’s driving muse, and he’s never piled it on thicker than he does on Fear of the Dawn, a chaotic, illogical fusion of blues-rock and carnival prog that contains some of the most outlandish stylistic experiments of his career,” the reviewer wrote.

White began as a drummer in Detroit for several bands before founding the White Stripes with his then-wife, Meg, in 1997. They broke through in 2001 with “White Blood Cells” and the hit, “Fell in Love with a Girl.” White went on to collaborate with Loretta Lynn and Bob Dylan. In 2005, he founded The Raconteurs. Their second album was nominated for a Grammy in 2008. Prior to this year, he’d released three solo albums, including the excellent “Blunderbuss” in 2012.

The new albums came in a rush of writing during last year. “These songs that were coming out of me didn’t flow with one another. The eclecticism wasn’t a bad thing; it was a benefit,” he told USA Today. “I had taken 2020 off from writing because I wasn’t inspired. When playing live was taken off the table, it took a lot of the zest out of me. Most of these songs were written in 2021. So much time had gone by that my brain didn’t know what to do without making music.”

While not owning a smartphone may have been one reason, he cited another to Spin.  He fasted extensively at his place in Kalamazoo, going five days at a time, inspired by Upton Sinclair’s 1911 book, “The Fasting Cure.”

“I thought I hadn’t written a song in a year and a half because I’d been on tour with the Raconteurs [before that],” he said. “It was getting to be like, ‘Now this is a good time to go and spend by myself alone.’ And I thought, ‘If I’m going to do that, maybe I should write a couple songs while I’m there.’”

White said he wrote 10-12 songs. Some of them will be on his second release this year, which he says is a “gentle Sunday morning album.” But, really, who knows?

When he hunkered down in Nashville to record, two albums evolved from the sessions, one much harder than what he wrote in Michigan.

“It was obvious,” White said. “The playlists on my computer were all the heavy ones and all the soft ones. I would try to take a soft one, put it in and juxtapose, but it wasn’t working like it usually did. They were too different. In a way, the harder ones stayed together and the softer ones stayed together. Not just that they’re quieter and softer, but they actually worked together. They had a nice flow to them.”

Now, he carries both of them along with that large back catalog on the road. White says he missed the adventure of performing live. “That creativity, the danger of working without a net, is what I thrive on for myself. Sometimes you think about touring and the lighting and the costumes and the photo shoots,” he said. “But to play live, that’s why I love this. So, if I had to summarize what I missed … perspective.”