Down In the Weeds with Bright Eyes 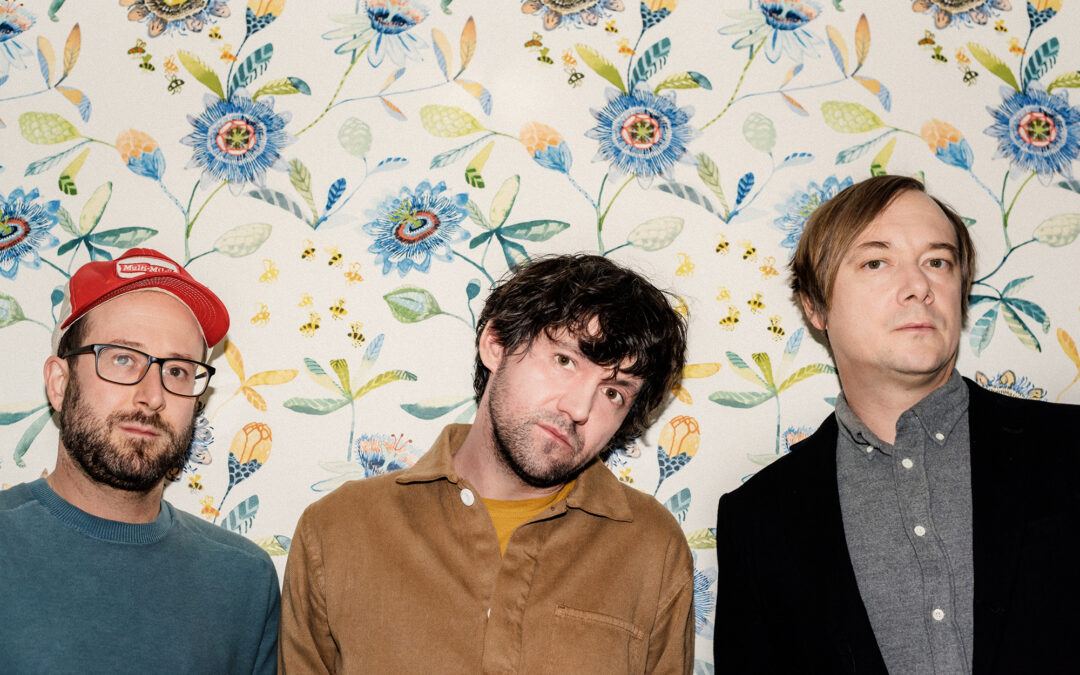 It was nine years since Bright Eyes, the trio featuring frontman Conor Oberst, had released an album when “Down In the Weeds Where The World Once Was” hit the streets in 2020.

You’re forgiven if Oberst came across as something of a dystopian mystic. On the album’s best song, “Mariana Trench,” he sings “The closing bell death tolls / Hear the market crash.” On another cut, “Dance And Sing,” he advises: “Got to keep on going like it ain’t the end / Got to change like your life is dependent on it.”

After hunkering down in his native Omaha, Oberst and his bandmates, Mike Mogis and Nate Walcott, are finally on the road, hitting The NorVa on Sunday, April 10.

Oberst wasn’t available for an interview so here are a few things you may or may not know about the band cobbled from published interviews.

“Down in the Weeds” is a true trio effort. “It was a great joy working with him because he was in a place of being really receptive to ideas,” Walcott says, “wanting to use music in whatever way possible in that collaborative way.” In the past. Oberst brought in the songs and they embellished them. This time, everyone contributed.

“Mike Mogis and Nate Walcott and I, we’re all just at different stages in our lives than the last time we made a record,” Oberst says. “But in one sense, that makes it sound like it was more difficult than it was. I feel like once we started making the record, we did spend two years making it, so there was a lot of time to revise ideas and think about things and cut songs and all of that, but I would say, it was a surprise to me that, fundamentally, our approach wasn’t that different, even after nine years. I just think that maybe we’re all a little better at what we do and a little more discerning, because it’s not like we stopped making music that whole time. We just hadn’t made a Bright Eyes record.”

“We wanted it to sound like us in 2019 or whenever we were making it, but we also wanted it to, if it sat on your shelf with the other Bright Eyes records, it would make sense, and it wouldn’t sort of stand out like a sore thumb,” he adds. “So we were kind of aware of the nostalgia in it and pulling out some old instruments that we used on past records. There’s this thing called a hammered dulcimer that Michael plays that we probably haven’t put on a recording since 2002, but it was like, “Let’s get out the hammered dulcimer. Let’s make it sound like a Bright Eyes song.” So just, stuff like that, just kind of aesthetic decisions and trying to walk the tightrope of what it means to make a record at our age now, but also what it means to kind of be connected to . . . Because we made a lot of records, and I’m happy to say that they mean something to people, even the ones that I feel a little cringey about. It’s like, they mean something to somebody out there, and in a weird way, we’re trying to be cognizant of that or make something that hopefully they like and we like and we can all like. You know what I mean?

The bar, Pageturners that he owns in Omaha shut down during the pandemic. He pays tribute to it with the album’s opener, a surreal, partly spoken-word song, “Pageturners Rag,” with portions recorded at the bar. It opens with a monologue in Spanish by his ex-wife (we’re friends, he says) and a conversation Oberst had with his mother while they were on mushrooms. It went on for three hours. He recorded it. The song is a tribute to weekly ragtime performances of his friend Dan McCarthy, who plays piano on the track. “I always associated that with happiness,” Oberst says.

He prefers audiobooks to reading because his eyes have undergone the knife too many times. “When I was 22, I had my first Lasik surgery, and I went from being able not to see anything to 20/20 vision. Well, turns out that they had to do it to me every six or seven years, and the last time, which was like a year and a half ago, they were like, “We’ve cut your eyeball basically too many times, and it’s not safe to do anymore.” But they can give you this other laser surgery called EBK. It was honestly, one of the most painful things ever. I was almost completely blind for like two weeks while it healed. It didn’t help that at the time I was in Omaha, and it was the dead of winter; I survived it, but it was very traumatizing.”

“Long story short, reading for pleasure has been really hard, but I still listen to a lot of audiobooks,” he adds. “My qualifications for an audiobook to listen to at night: It’s just got to be long because I don’t want to wake up. But I’m telling you, if you’ve never [expletive] with it: “Moby-Dick,” man. It’s not like anything I’ve experienced with the English language. Maybe the Bible or something like that, but I’d totally take “Moby-Dick” over the Bible. I’ve taken my swing at James Joyce, “Gravity’s Rainbow,” some of the ones that they’re supposed to have remade language, but to me, they don’t really hold a candle to “Moby-Dick.” I was asleep for a lot of these hours, but I’ve probably listened to it 50 times.”

His first album was “Standing On A Beach,” The Cure’s greatest hits cassette tape. “I had my little tape jack in my room and just played it kind of endlessly. Still love it.”