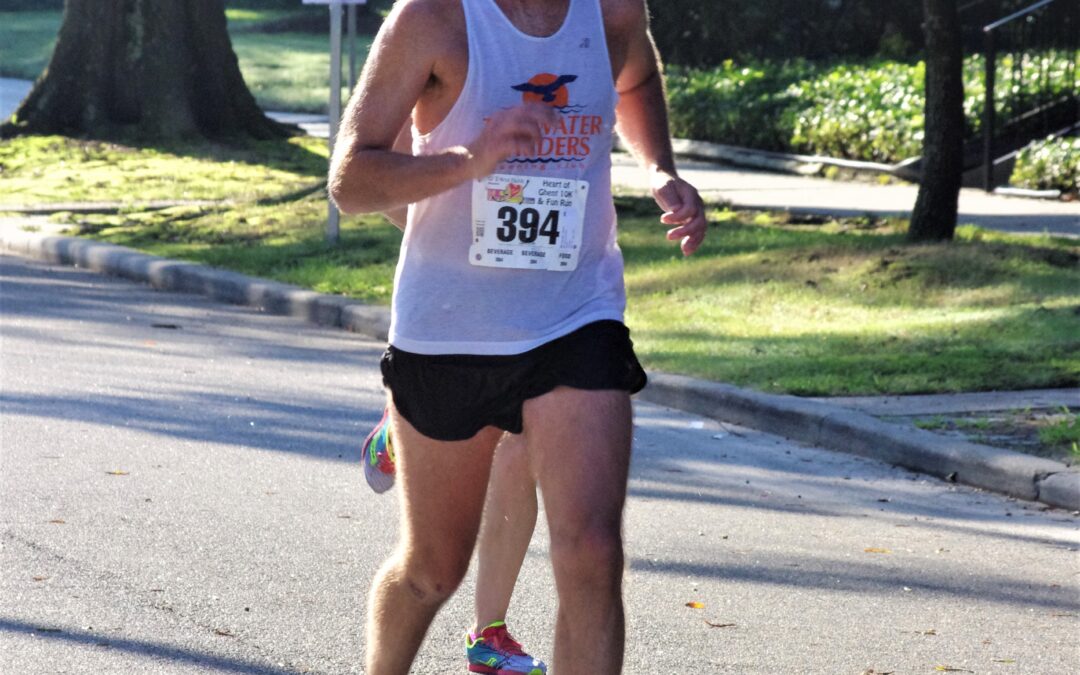 “It will be cool to return to Pittsburgh for this honor, a place where I was a high school 2-mile champion, the 5,000 and 10,000 meter record holder at the University of Pittsburgh, three US Olympic Marathon Trials participant,” said McDonald.

Yes, Dave McDonald was an impressive distance runner. He continues to run today and coaches the Tidewater Striders’ Youth Running Team in Norfolk.

It was McDonald in a coaching role where I first me Dave at Old Dominion University.

As the Chesapeake City Champion in cross country and the 1,600-meter run in high school, I read the sports section of the daily newspaper and noticed Dave McDonald’s name topping the results in local road races such as the Elizabeth River Run 10K and CHKD’s Run for the Children. Who was the handlebar mustache madman dominating the local races?

Among my ODU teammates were Burt Robinson and Mark Block.

“Dave was committed,” recalled Block, who ran for ODU from 1982-86. “He worked a full-time job, trained hard and coached. He had a lot on his plate. I never heard him complain, and looking back it was a huge load to carry. Not to mention he had five of us living in his house which I know was not easy at all.”

Dave and his wife, Sharon, owned a home on Delaware Avenue in the Colonial Place neighborhood in Norfolk. It was Dave’s wish to use the second floor of the house as a “dorm” for several of the team members.

“Dave was my coach, mentor and friend,” said Burt Robinson. “He truly taught me how to run distance, showing me the way. His strength as a runner was his training, lots of long slow distance (8-13 miles), with speed workouts on other days.

“I ran from 1981-83, (track and cross country),” Robinson continued. “After dropping out of the 5,000 meters at an indoor meet at Virginia Tech, Dave had a lesson to teach me about dropping out. That Monday night, he and I ran 24 quarters (laps) on the small asphalt track around the soccer field at Foreman Field. I think we averaged around 74 seconds with a 200-meter rest. Guess what, I never dropped out of a race again.”

Dave McDonald began running in the 9th grade in Pittsburg.

“I was told if I made the track team I would get to miss a full day of school for the Junior High Championships,” said McDonald. “That sounded good to me.”

McDonald was an exceptional high school athlete. He received scholarship offers, including from the US Naval Academy where he had an appointment to meet the coaching staff.

“The day after I broke the Pittsburgh record for the two-mile run, the Pitt coaches were at my house with a four year full scholarship offer.”

“It was the most popular distance back in the day, and I had good success at that distance,” McDonald said. “I would say the marathon, but as you know, that is a lot of work to train for.  I am guessing I am definitely retired from marathons.”

Marathons are as mentally challenging as they are physical. The sheer amount of time commitment to train for that distance is daunting and takes its toll on the body.

“When training for the US Olympic Trials (I qualified in 1980, 84, and 88), I was working full-time for the City of Virginia Beach for the last two attempts to make the team,” McDonald recalled.  “I would run 20 miles to work once a week.  I know if I put in the miles I would race well, which enhanced the positive mental part of training. I was running 80-100 miles a week. My best finish was 31st in 1984, and I was pretty happy being the 31st best runner in the US, and realizing the top three were indeed solely focused on running and had shoe companies to pay their income.”

Reflecting on his career as coach and the Pittsburgh Running Hall of Fame induction, McDonald shared this: “Running has been very good to me — financially, physically, and friendships. Being in good shape going through chemo when I had cancer seven years ago made a big difference. In some way I guess I still see my ODU runners as my children, although they were not much younger than me.

“It is a great honor to be inducted into the Pittsburgh Running Hall of Fame. I ran a lot of miles there, and won some big races there. I worked my butt off in high school and college in Pittsburgh, and had decent success from that hard work, so it is nice to be recognized for anything you work hard at.”