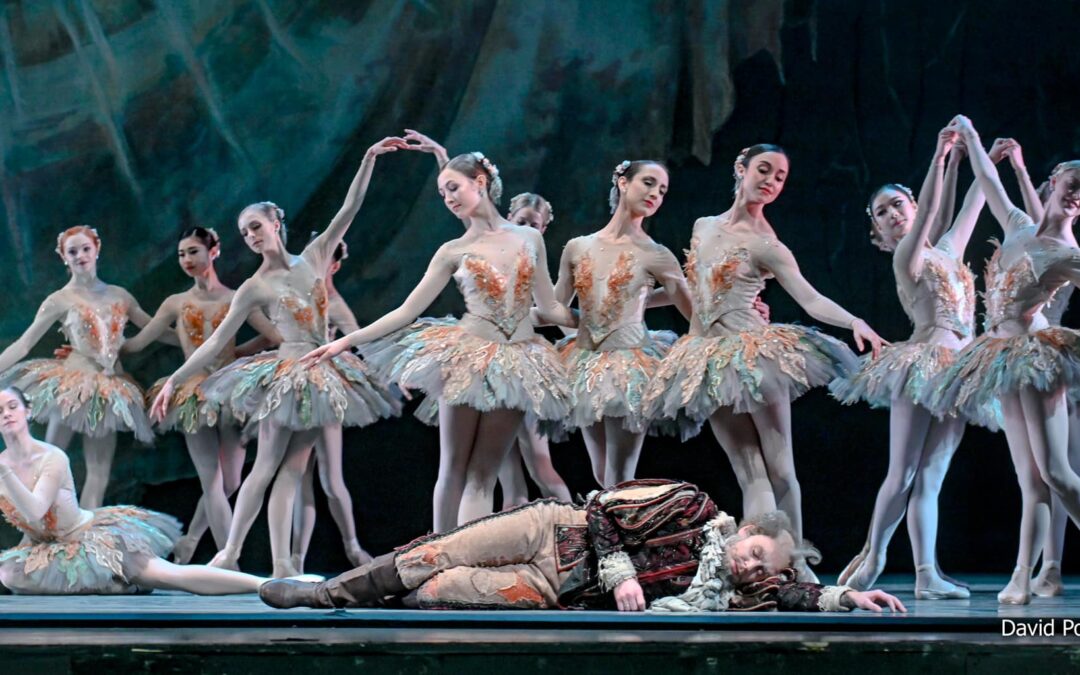 (Don Quixote dreams of his Dulcinea. Photo by David Polston)

The legendary Don Quixote triumphantly rode into Chrysler Hall on Friday, March 25, conquering the hearts and minds of all who attended the phenomenal opening night to the Virginia Arts Festival’s 25th anniversary season.

With the Virginia Symphony Orchestra in the pit, the American Ballet Theater’s production of Don Quixote was exceptional in every aspect, from the dramatic stage settings — especially the windmill and tavern — and the warm, spot-on lighting to the costuming, fascinating main curtain (effects of lighting, imagery and cast) and, of course, the exquisite ballet dancing. Such athleticism; one can certainly understand why the cast rotate roles from night to night during this three-performance stint.

The evening began with opening remarks by Virginia Arts Festival Executive Director/Perry Artistic Director Robert Cross, who then asked the audience to stand as the Virginia Symphony Orchestra played the Ukrainian National Anthem. It was an unexpected, yet rousing start with the audience roaring with approval.

As the house lights dimmed, a brightly illuminated image of a tapestry-like scene from a Medieval jousting match with what looked like a bull in the middle of the ring appeared on the frontline curtain. Don Quixote and his loyal sidekick Sancho Panza appear from behind the see-through screen thanks to a curious topdown lighting effect, with the Madonna-like Dulcinea looking down on the duo as they begin their journey to Sevilla.

During the first of three acts, the audience was immediately wowed by the enormous and detailed scenic set design and introduced to the large cast of characters.

With a classic storyline where two young people fall in love, try desperately to overcome an arranged marriage, and live happily ever after, Act I sets the love story stage with the beautiful Kitri (played by Christine Shevchenko) becoming enamored with the handsome Basilio (Cory Stearns) in a playful back-and-forth of interest/non-interest.

In the meantime, Kitri’s innkeeper father is approached by the flashy, yet unappealing wealthy nobleman Gamache who makes his wishes known all but demanding Kitri’s hand in marriage.

Devon Teuscher (cast as Mercedes) and Thomas Forster (in the role of Espada) do their best in a lively dance scene to keep the aggressive Gamache away from Kitri.

Throughout the dance scenes of each act, the various cast members observe the centered performers and appear to be conversing. These are small scenes within the scene, and is fun for the audience to keep up with all that is happening. 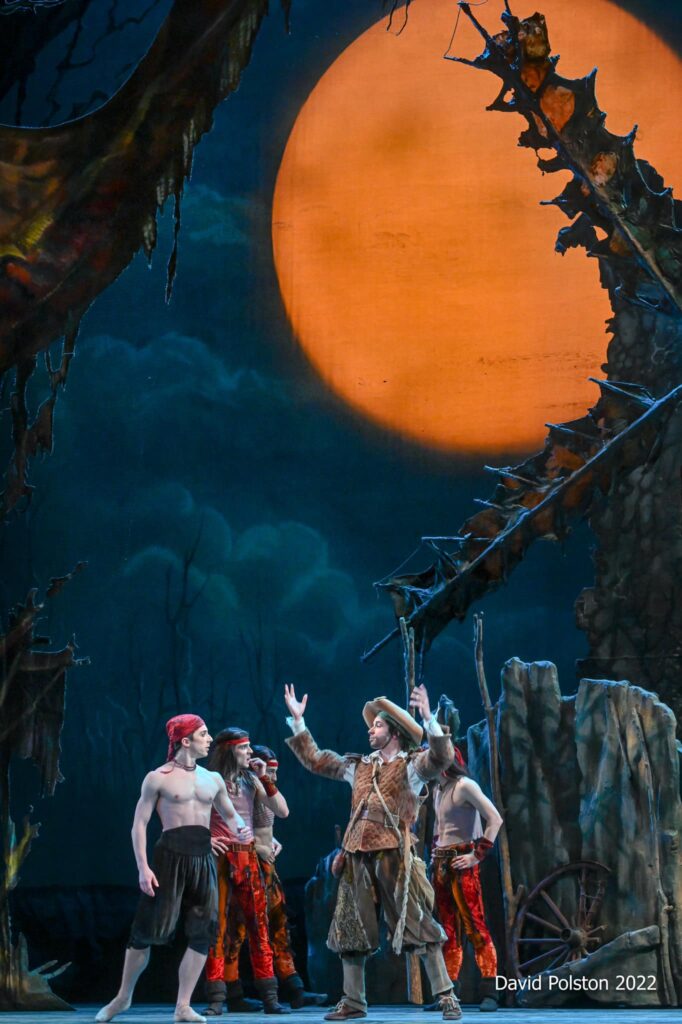 Visually, Act II was the most stunning in this production. The dramatic, Nightmare Before Christmas-like windmill with the giant orange moon in the background provided a thrilling setting to the Gypsy Camp where Don Quixote realizes he must aid the young lovers.

Artistically, The Dream scene was most enchanting as Quixote lays on his side and majestic maidens dance through his slumber; some appearing ghostly and motionless while others float spectacularly on their tip-toes in pure ballet splendor.

During the well-designed Tavern scene,  Basilio comically fakes his suicide — with a wink and a smile — after Kitri’s father forces her to accept Gamache’s offer. Basilio leaps back to life, and everyone rejoices.

It all ends well and in grand style with the final Wedding scene (Act III) where everyone in the village shows off their greatest dance moves — ballet that is.

American Ballet Theatre’s production of Don Quixote at Chrysler Hall was a much needed reprieve from two years of pandemic and a raging new war in Europe. Don Quixote to our emotional rescue, representing ballet at its finest.