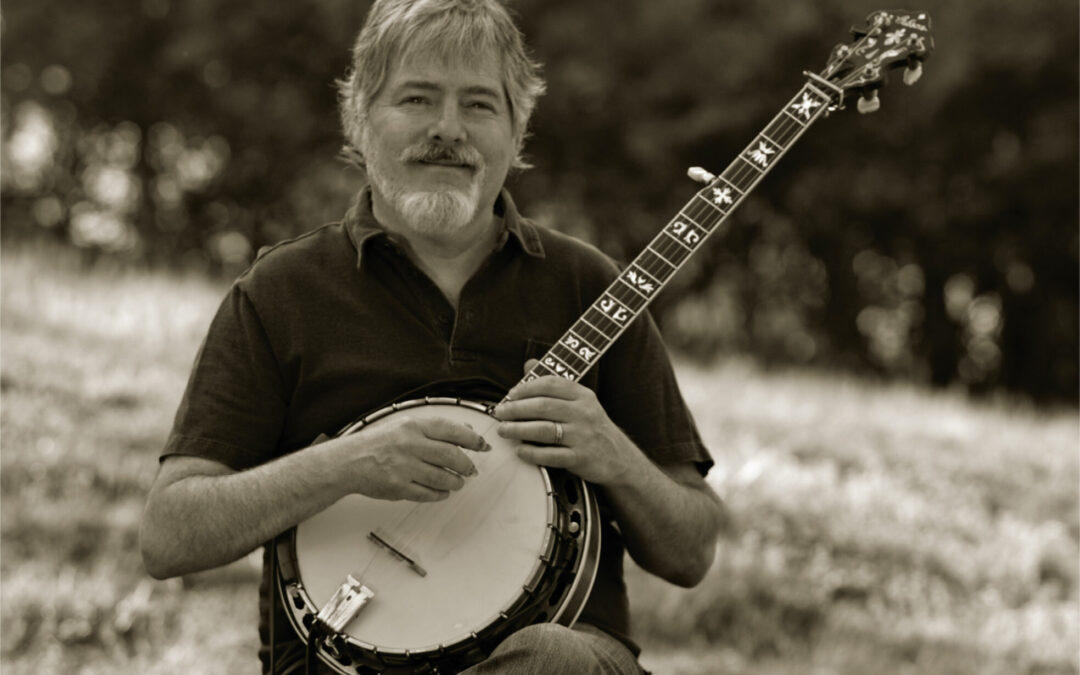 Bela Fleck is on the phone ruminating about why he dips in and out of so many genres from bluegrass to newgrass to jazz to classical, from his mind-blowing creations with The Flecktones to his work with Chick Corea, Edgar Meyer, and the blind Tanzanian kalimba player, Anania Ngoliga.

His latest, “My Bluegrass Heart,” takes him back to his roots. Or, more accurately, it takes inspiration from his roots, but his restlessness naturally leads to cuts that could slip into the classical or jazz playlist. It’s nuanced and ambitious.

His refusal to squeeze into a box, bluegrass or otherwise, traces back to being a kid from the Upper West Side of Manhattan who didn’t think he belonged playing that Southern music, bluegrass. That insecurity has fueled a career exploring and exploding boundaries that have earned him 15 Grammy Awards.

Fleck plays the Virginia Arts Festival’s Perry Pavilion on April 1 with an A-list of new and old collaborators including Bryan Sutton, Sierra Hull, Stuart Duncan, Mark Schatz, and Justin Moses. This interview has been edited and condensed.

Veer: You say people always return to bluegrass. What made you return this time?

Fleck:  It’s kind of a U-turn but it’s also sweeping back but with all of the knowledge from all of the years in between as somebody who likes to do a lot of different types of music. There are certainly people that play bluegrass their whole lives and have a wonderful musical life. But for me doing so many different things, it’s the one thing I come back to, that I want to touch base with. I think I’m kind of a dilettante of just about everything else. I want to be a jazz player, an African player.  I want to be a classical musician. But bluegrass, I really know. And I mean, I am somewhat of a dilettante there in that I’m a Yankee. And there’s a part of me that always wanted to be able to play like the old guys, the Southern guys. J.D. Crowe. Earl Scruggs.

So occasionally, I want to check in and see if I can still do it. And then, as I’m doing it, I might notice that I have some other ideas that have sort of unconsciously surfaced, just from all the things I’ve done that are not bluegrass, and I wonder if this idea I learned from Chick (Corea) would work in the bluegrass group, or, I wonder if this tune with a lot of harmony would sound good with a bluegrass feel. And then the cool thing to find out was that, you know, not only are my old friends still more than up to the task but there’s a whole legion of younger players that are also quite up to it. So it’s exciting, once I got my feet in the water, to find out how good it felt to swim. And there were a lot of other people swimming out there, too.

Veer: I’m struck that you’ve been doing this since you were 15 and you still have that weird sense that you don’t belong playing bluegrass.

Fleck: It’s a typical thing from someone outside. I certainly have that feeling in the jazz world. Although there are plenty of folks in the jazz world who have given me the time of day. Chick Corea, Branford Marsalis, people that I am a big fan of. They don’t go, oh, you’re a jazz musician. They go, well, whatever you are, I kind of like it. The fact that I’m not a straight-ahead jazz musician is what they like. I’m like if I’m playing with you guys, I better be able to play as well as you guys do, but of course, I can’t. But neither can they do what I do. Everybody deals with their own insecurity. I get to deal with it in a lot of genres.

Fleck: Very funny, but it’s true. You know, in the classical world there are no other banjo players there. And I’m afraid someone’s going to kick me out and laugh at me. But there is a place for me there if you’re open-minded. Wherever I am, whatever I’m doing, I just try and make sure that at least I did the best I could.  And then I have the satisfaction of people being surprised because they didn’t expect the banjo to fit into that kind of music. But here, they’re not surprised. Here, they know it’s going to be bluegrass. Then my job is to do things that I think haven’t been done before, things that fit that language, but are still have something fresh to it.

Veer: Is there something in your personality or your creative drive that sends you in different directions?

Fleck: I think the history of music has pointed that people do well who stay open-minded and explore. Chick was constantly doing something new every year. Pat Metheny. I watched a lot of people in the jazz world exploring different kinds of ideas for different albums. People in the bluegrass world, too. 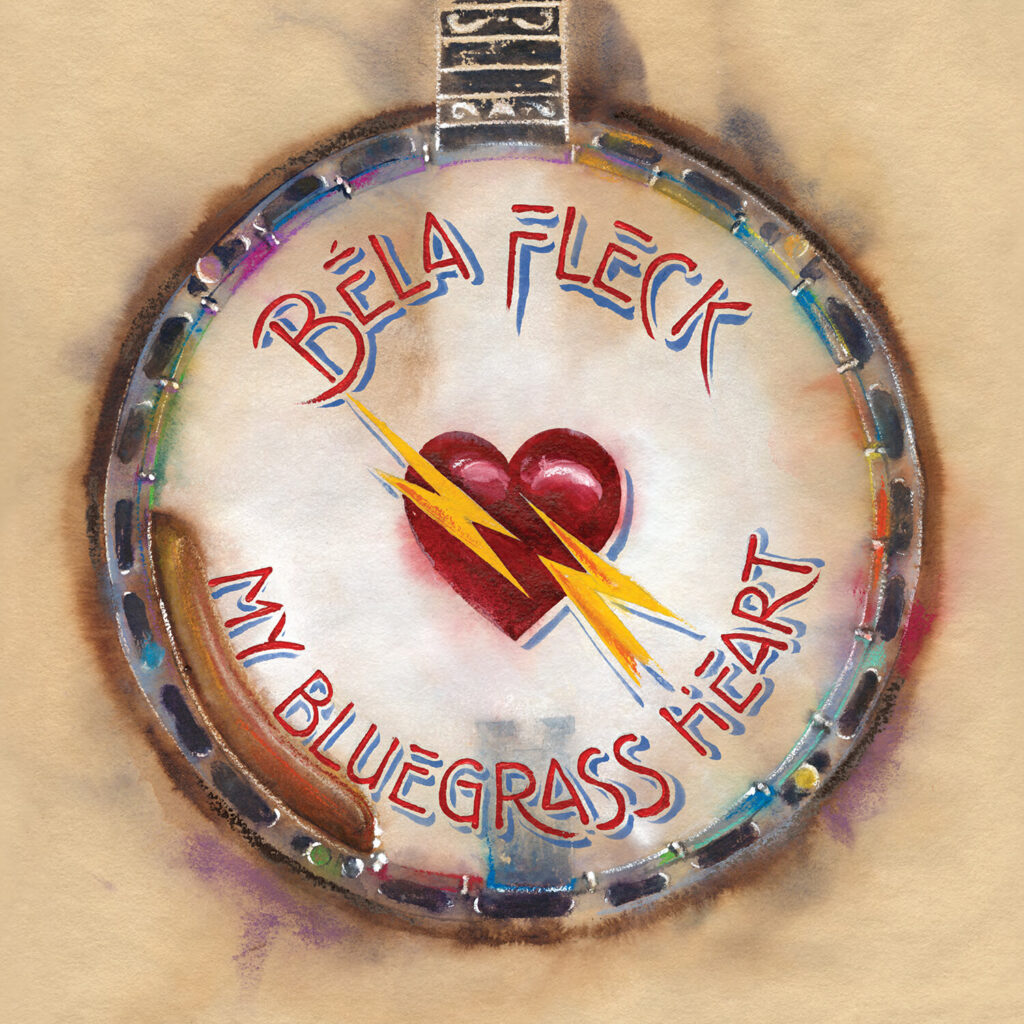 Veer: I wondered about the recording process for this album.

Fleck: Usually, we would get one rehearsal. Everyone would come over and we would play through it and refine the arrangement. Then on the day of the recording, we would sit in a circle and play it till we thought we had it pretty good. And then we’d go behind the mics and play it for a few hours. We’d go listen back and make sure everybody had a solo they liked somewhere in there. As session players, people that do a lot of recording, we have learned to get a feeling for whether we’ve got it or not. There’s a certain point where you’re starting to do some really good takes and everybody knows it. And then you try to go past them to the point where they’re going downhill.

Then everybody leaves. I wanted to make the decisions myself about what I used later. And the positive was that I got to make those decisions. The negative was that everybody was gone and I couldn’t get everybody to do something again if I didn’t think something was good enough. So there was a leap of faith.

I had the time to go through those tapes and figure out where all the good stuff was and put together the best of what everybody did. First of all, they played great. And second of all, I’m pretty good at jigsaw puzzles.

The cool thing that’s happening now is we’re out on tour playing a lot of things that we figured out how to do in the studio, but we never actually played as a whole song.  So it’s kind of fun to see that transformation that takes place from rehearsing something nobody knows to getting some pretty good takes and then really coming up with a complex composite take that just kicks ass where everybody’s got a great solo and then everyone learns that (version). And now you’re really flying.

Veer: I saw where you wanted to reunite with Tony Rice for this record, but he wasn’t available, having stopped playing. Did that push you towards this other generation?

Fleck: It did. I was going to do another record with Sam and Jerry and all those guys. But with just one person changing (without Rice) something bothered me about it. So I started thinking about maybe trying something with a whole new cast.  But then I got remorse, like, why am I not recording with Sam and Jerry after all our years of playing? This is my first record in 20 years of this kind of music. That’s when I decided to add them. And once I did that, it was kind of like the rule box had been smashed. I don’t like to typically do stuff with a lot of people on different tracks. I like for a band to exist for recording, I think it gives the music continuity.

But in this case, we dropped the rules that were in my head and it turned out really, really good in a whole different way. It became a community record, a celebration of the community of bluegrass instrumentalists, and a kind of a love letter for me to that world. Because, again, sometimes I feel estranged. This is me going, ‘Hey, I still love you guys. I don’t know how you feel about me. But I still love you guys. And I want to be part of things.’ ”