Beethoven’s Ninth is Sauced with Joy and Hope 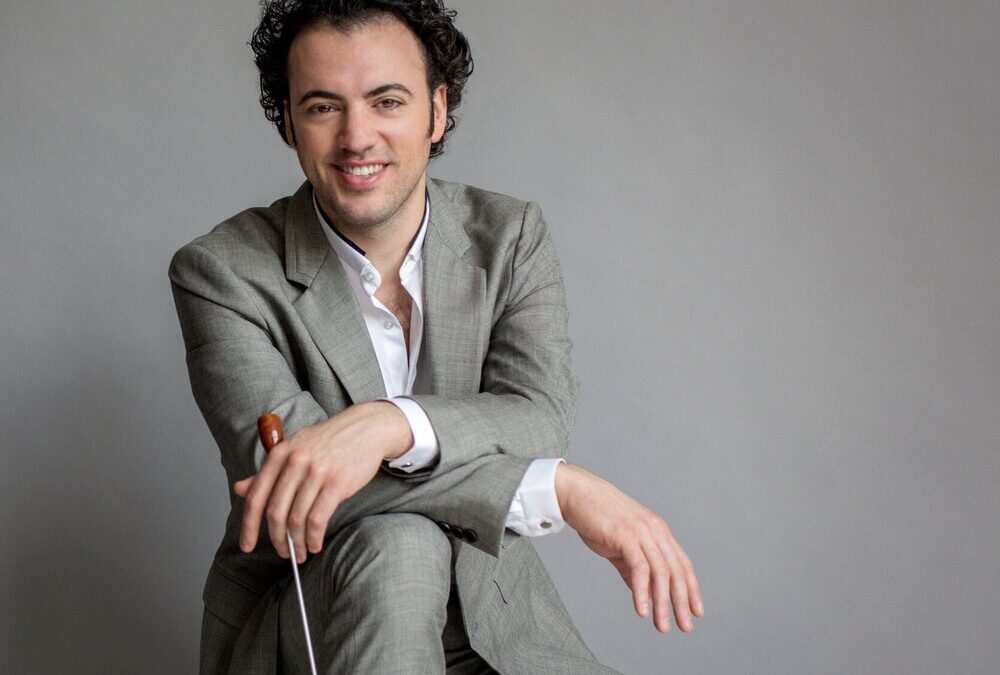 The Virginia Symphony opens the month of April with that most exuberantly glorious piece of symphonic and choral music, Beethoven’s Ninth Symphony, and its particularly timely message of hope and joy.

“Is there anything better?” asked Music Director Eric Jacobsen, at the start of a phone conversation from his other home in Orlando, as he prepared with the Orlando Philharmonic Orchestra for an upcoming Schuman Symphony, a performance by upcoming cello star Sterling

Elliot, the opening of a new hall and a visit from premier violinist Gil Shaham.

“For me it sits in the category of the pieces that are so remarkable and spectacular…the highest achievements of human kind,” he said.

“A piece like this, over centuries and centuries, will bring people together.”

“He has taken every bit of humanity in music that came before him, whether it’s the Classical era of Mozart, Haydn or the Baroque era of Bach or Vivaldi and he has imported all of that but he has elevated how own ability to create.”

In putting a chorus and vocal soloists within the symphonic form, “He changed it in a way that was going to affect everybody: Berlioz and Liszt and Sibelius; Mahler, Vaughan Williams, Bernstein…”

“It’s his greatest not only in scope and size and instrumentation but in length as well. I feel like every time I get to do that piece I’m a little closer to the possibility of truth and understanding it.”

“You have people from different backgrounds; you have instrumentalists and you have singers, and that’s a different form of communication, and then you have 100-200 people on stage; everybody relies on everybody and that’s a beautiful thing.”

“All I want is for people to enjoy themselves.”

To that end her recommends listening to the Symphony before coming to the concert, especially for folks who might not be familiar with it. “The experience only grows with knowledge,” he maintains.

In a side conversation about his own early encounters with Beethoven, he especially lauds recordings on instruments like those of Beethoven’s time, as “Lively, the way that I think Beethoven would have wanted.”

“There is something about that piece that [makes it] truly the greatest pinnacle of Western classical music. For me the harmonies that exist in the 1st movement and in the last movement are about as bold as they have ever been, and his use of the solo voice is just overwhelming.”

The voice is the specialty of VSO Chorus Master, Robert Shoup, who is charged with preparing the chorus for Eric to conduct in performance, as he explained in a phone chat from his home in Norfolk.

Shoup tried to apologize for doing a “monologue” about the choral movement that concludes the 9th Symphony, but it’s a monologue worth repeating:

“This is a work for all of humanity.”

“The humans who live in our community … will get a chance to be reminded of joy.”

“Turning on the news every day looking at what’s happening in Ukraine and the things that have separated us for so long, this is a powerful stake in the ground to say, as the vocal part begins: ‘Not these tones.’ Not this ugliness not this conflict not this difficulty. ‘Let us sing of something different.’ That for me is the magic sauce of this work.”

“It is the human voice singing about the human experience, standing together powerfully, one voice standing up and saying, ‘No, not these tones’ and then, a whole raft of humans singing on the same note, the same words, this absolute declaration of clinging to hope and belief in the brotherhood of man is – it’s overwhelming and could we ever find a time in our lifetimes that we need it more than we need it now?”

“Just the act of getting together a group of people who may not agree…on different things, standing there intentionally, with effort, to make beauty together, in and of itself …makes a powerful statement,”

“This piece would not have taken the place it has in our culture if it did not reach right into the heart of human beings and inspire them and remind them of what’s worth fighting for and what’s worth standing up to and…shouting at the top of our lungs that we stand for love and joy. “