Terrell’s More Than All Right with Debut Album 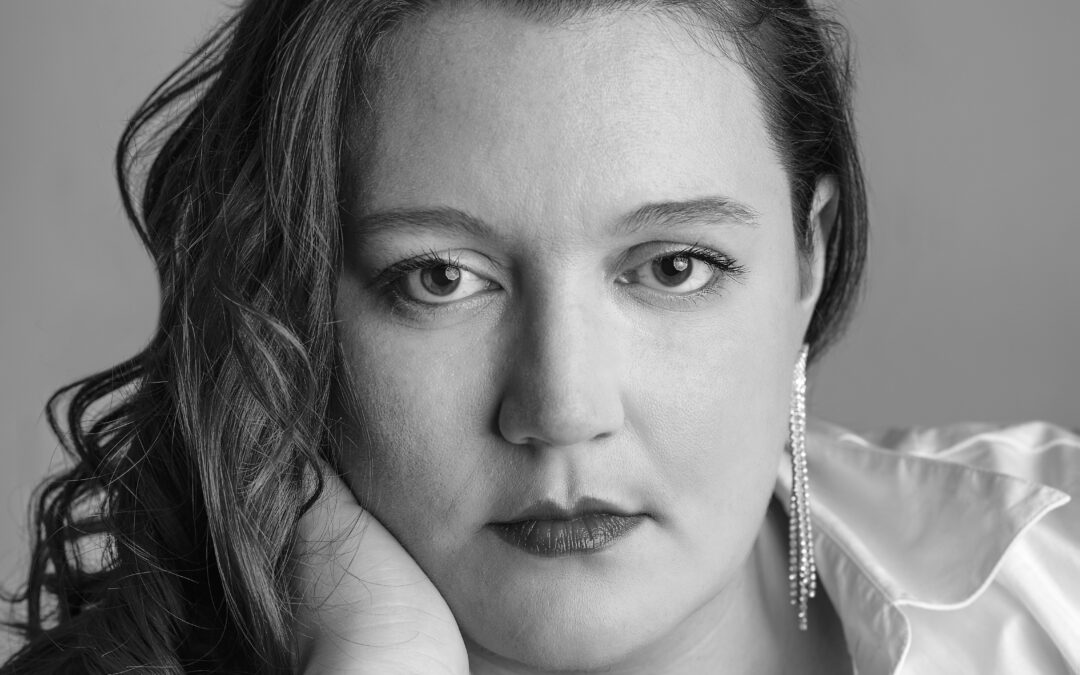 Sultry jazz vocalist Liz Terrell will unveil her debut full-length solo album “It’s All Right with Me” on February 22 with a live performance of the work at Zeiders American Dream Theater in Virginia Beach.

For both the recording session and live concert, Liz Terrell assembled an impressive cast of musicians to bring her artistic vision to life: Daniel Clarke (piano), Alan Parker (guitar), Chris Brydge (bass), Emre Kartari (drums), and Eddie Williams (saxophone). If their musicianship seems to effortlessly gel it is partly because they play together on occasion at places like Gosport Tavern in Olde Towne Portsmouth.

“For me, choosing the right musicians to collaborate with was the most crucial piece of the puzzle to have in place, and the band featured on this album is honestly a dream come true,” said Terrell, who co-produced the album with local jazz legend Jae Sinnett. “It was also important to me to capture everyone live in the studio. The individual artistry all working together was absolute magic, and I think you can hear that in the energy and the movement of each take. We all build together, play off of each other, and pick up lines and solos where the other left off. Each track is exactly what you would hear if this group were playing live on the stage. Everyone is tuned in, listening, and moving together with the music. That is the kind of spontaneity and honesty that I’ve learned from studying jazz, and that’s what I wanted to capture and bring to the table with this album.”

The spontaneity Terrell speaks of is no doubt due to the familiarity with her players, but also of the material and the arrangements she selected to represent her sound. The 11 tracks are a mixture of standards, well-known and lesser known pop ballads, and soul; all transformed and delivered with a splash of imagination.

“The songs on this album are all highlights from the past five years of my study of jazz and career as a vocalist,” explained Terrell. “These tunes have been tried and tested on the bandstand and in the practice room, and each of them are connected to a meaningful memory for me. For instance, “Night and Day” is the first song I sang on my first ever jazz gig with my first jazz band (I remember it vividly because I was so nervous!). Cyndi Lauper’s “Time After Time” is another example. I can recall riding home from church as a child in the back seat of the family minivan, singing along with Cyndi and learning how to harmonize. Featuring it on the album feels like a full circle moment for me as an artist; I’m performing a unique arrangement to a song that first caught my attention as a beginner in music. I also feel that this repertoire features the fullness of my range as a performer and vocalist.”

The album begins with the 1972 Stylistics’ hit “People Make the World Go Round.” Where the original version pulses with the same beat throughout, Terrell’s reimagined, energetic take is filled with pleasantly surprising rhythmic changes and ample room to showcase the chops of her backing band.

For  her title track — Cole Porter’s “It’s All right with Me” — Terrell again takes a different road than, say, Ella Fitzgerald’s version, by slowing things down and then injecting a nice instrumental section showcasing Eddie Williams’ prowess on saxophone before giving the piece a more aggressive vibe over the final minute. Outstanding arrangement.

On Thelonious Monk’s “Blue Monk,” the tempo is more of a slow, swaggering groove to allow each musician to shine with solos and Terrell to weave in and out of the traditional lyrics with scat singing.

Her version of Elvis Costello’s somber “Almost Blue” is more simply arranged for just voice and piano, and yet it’s a nice diversion.

Where “What the World Needs Now,” the Bacharach/David-penned classic made famous by Dionne Warwick in the 1960s, stays pretty true to the original, though in a more jazz/pop arrangement, Terrell and company have some musical fun on a Fats Waller medley that includes “Ain’t Misbehavin’” and the snappy “I’m Gonna Laugh You Right Out of My Life.”

“It’s All Right with Me” will be a memorable introduction to Liz Terrell for those you’ve not heard her dynamic voice. Her her now.

“I’ve spent a lot of time getting to know my own voice these last few years, and I’m finally feeling like I’m settling onto a firm foundation,” Terrell said. “This collection of songs is an honest snapshot of me at this point of my career.”