STAGE: A Whodunit with Social Importance 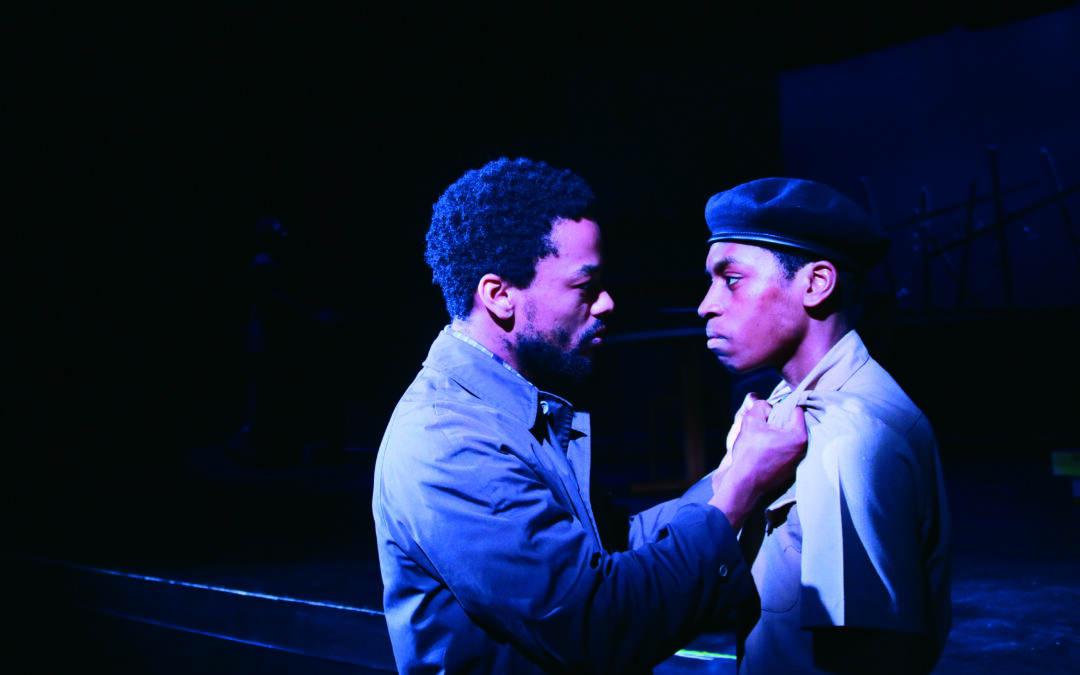 It’s a murder mystery every bit as baffling as any Agatha Christie whodunit; it’s a look at the African-Americans who were an under-recognized part of our Greatest Generation.

It’s about stereotypes and how people of any race can succumb to seeing others through the prism of their own preconceptions; it’s about the issues of race and privilege that have resonated in American culture since 1619; it’s set at a Louisiana US Army base in 1944 when our military was racially segregated, but it is absolutely timeless.

It’s the Pulitzer Prize winning A Soldier’s Play, by Charles Fuller, and it’s getting three evening and two matinee performances, February 17th through the 20th, as part of the 2022 Virginia Arts Festival, a re-staging by the Norfolk State University Theatre Company of their 2020 outdoor Arts Festival production that played to pandemic limited audiences of a few dozen at a time.

This version, set free of 2020’s virus compelled restrictions on stage movement, will be “Much more expressive, much more detailed, much more dynamic,” than even the well received staging two years ago, promises director and Norfolk State University Professor of Drama Anthony Stockard.

The play begins with the murder of a tipsy, Black, US Army noncom, Tech. Sergeant Vernon Waters, shot down by an unseen assailant just after uttering the enigmatic cry, “They still hate you!”

One Captain Richard Davenport, a Black military lawyer, is assigned to investigate the murder. Scenes following Davenport’s investigation are interspersed with scenes of Waters’ harsh and highhanded, even cruel interactions with the men he commanded. It’s clear that motivated murder suspects abound, both on base and off, where the Ku Klux Klan flourishes among the Army’s civilian neighbors.

Of course, the arrival of a Black commissioned officer at Ft. Neal, Louisiana, leads to conflicts with White soldiers, while Davenport’s investigation reveals that levels of prejudice, based on education, background, and even place of birth in the USA, exist within this cohort of African-American soldiers.

Stockard notes that A Soldier’s Play is “one of the very rare texts that speaks to the African American experience in WW2,” when “the country was having its own moment of wrestling with race and privilege,” much like now.

Stockard is the head of Norfolk State’s Drama and Theatre program. Since his appointment in 2014, he has made the school a nationally recognized undergrad theatrical powerhouse, winning awards for NSU’s program and for himself at national and state conferences, while leading the program into a highly visible and artistically worthwhile partnership in Virginia Stage Company’s fully professional activities.

NSU Theatre Company alum and working professional actor Derrick Moore returns to the local scene to play the role of Captain Davenport; his acting has been recognized with a Best Actor award in Houston, where he got his MFA at the University of Houston. Local audiences have seen him at the Virginia Stage Company and elsewhere.

A Soldier’s Play made Charles Fuller the second Black playwright to win the Pulitzer Prize for Drama. (Charles Gordone was the first, in 1970.) The Off-Broadway premiere also garnered a New York Drama Critics Best American Play Award, an Outer Circle Critics’ Award for Best Play, a Theater Club Award, three Village Voice Obie Awards, and ran for over 450 performances from November 20, 1981 to January 2, 1983.

New York Times reviewer Frank Rich described the show, “a relentless investigation into the complex, sometimes cryptic pathology of hate,” that presented “a remarkable breadth of social and historical vision.”

Stockard calls the play “a game changer for African-American drama.”

The play “speaks to our conscience and … the ideas of stereotype and where our instincts lead us in regards to judging other people,” without, Stockard says, “fire and brimstone preaching.”

It made it to the big screen in 1984 as A Soldier’s Story, picking up three Academy Award nominations, including one nomination for Best Picture, and another for Best Adapted Screenplay (Fuller’s work, again.)

Local audiences first saw A Soldier’s Play in 1986, when On Cue Productions, the group helmed by actor-director-playwright and scriptwriter (and this writer’s friend and former Generic Theater co-worker) Terrance Afer-Anderson staged it, in what was apparently the first Virginia production of the play; Afer-Anderson directed his second production in 1990.

Stockard says, “If you like good entertainment in general, this is a very fast paced, moving drama…an iconic piece of drama whether you have seen the movie or not.”

“It hits all the highs and lows of comedy and drama.”

“It’s wonderful theater, an amazing piece of work. We all face our own catalog of stereotypes in the play.”

Proof of vaccination or proof of negative test within 48 hours is required for venue. Face masks required regardless of vaccination. Because of the adult content of the play, no one under 13 will be admitted.