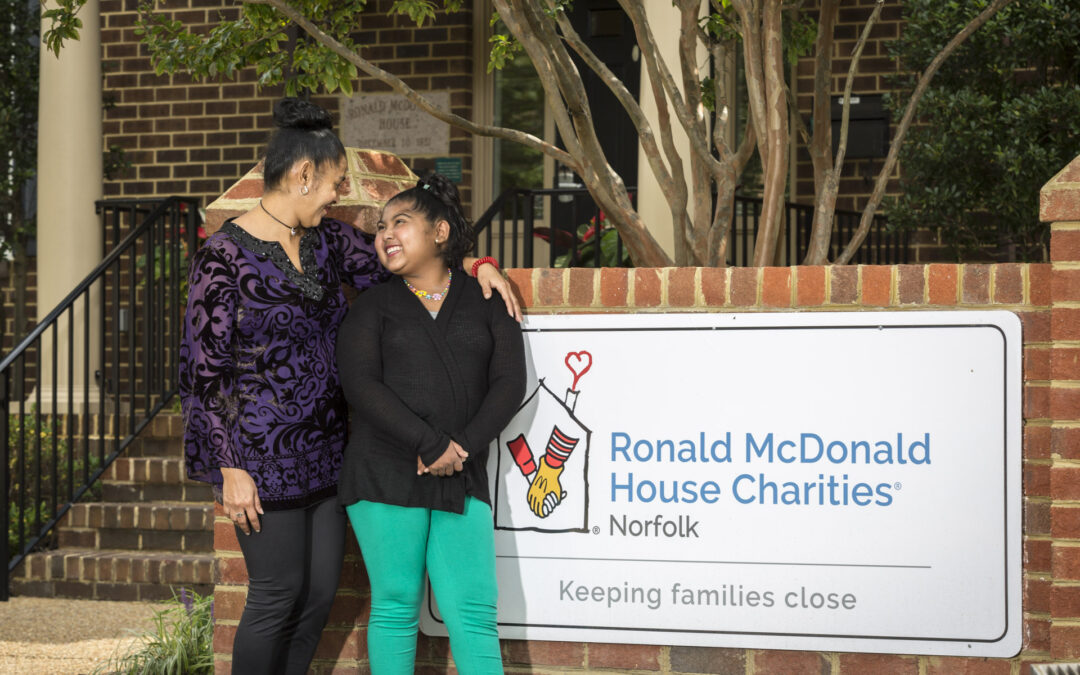 To mark its 40th Anniversary, Ronald McDonald House Norfolk has set a goal to raise $40,000 in 40 hours. The campaign starts at 8:00 am December 8 and ends at midnight December 10.

“People will be able to text, make a donation through our website, and even send in a check,” said Elyse Brown, executive director of Ronald McDonald Charities of Norfolk.

The House first opened its doors on December 10, 1981. The House provides a “home-away-from-home” where families can stay together while their children are being treated at the Children’s Hospital of the Kings Daughters (CHKD) or other nearby medical facilities. Over the years, the House has provided rooms to over 23,000 families from Southeastern Virginia and Northeastern North Carolina and beyond giving them a home-like environment complete with home-cooked meals in the kitchen, a family room where they can share experiences with other families, and a playroom where children can have much needed downtime.

The House was made possible by generous funding from the Tidewater McDonald’s Owners Association and the Children’s Hospital Family Center, Inc., a non-profit organization comprised of parents and doctors and led by Jim Resolute, who lost his daughter Rosina to a two-year battle with leukemia in 1979.

“Since I started we have steadily increased the number of families we help,” she said.

Brown describes the layout of Ronald McDonald House as resembling a Bed & Breakfast.

“We have 17 guest rooms available for families,” she said. “If every bed was filled we’d have 55 people. Downstairs we have a laundry facility and a kitchen.”

During non-pandemic times, volunteers pitch in to serve breakfast. Families of children receiving medical treatment often develop bonds and console each other.

The average stay for families, according to Brown, is one to three days. Others need longer durations. Those include families of premature babies who need several months so the newborn can gain enough weight and develop so as to leave the hospital.

The charity gets its name from the hamburger chain mascot since McDonald’s is its largest corporate sponsor. Last year, over $126 million were donated directly through the fast food restaurants.

Families needing the services of Ronald McDonald House pay nothing for the accommodations, whether it is for one night or three months. It’s a major financial stress families do not have to worry about when their child is in medical need.

Due to COVID, the in-person celebration was postponed to May 6, 2022 at the Norfolk Waterside Marriott. Tickets are $80/person and the event is open to the public.

“It’ll be a celebration of our 40 years and keeping families close to their children in the hospital,” Brown said. “We want to raise awareness of the House and get people to support us.”