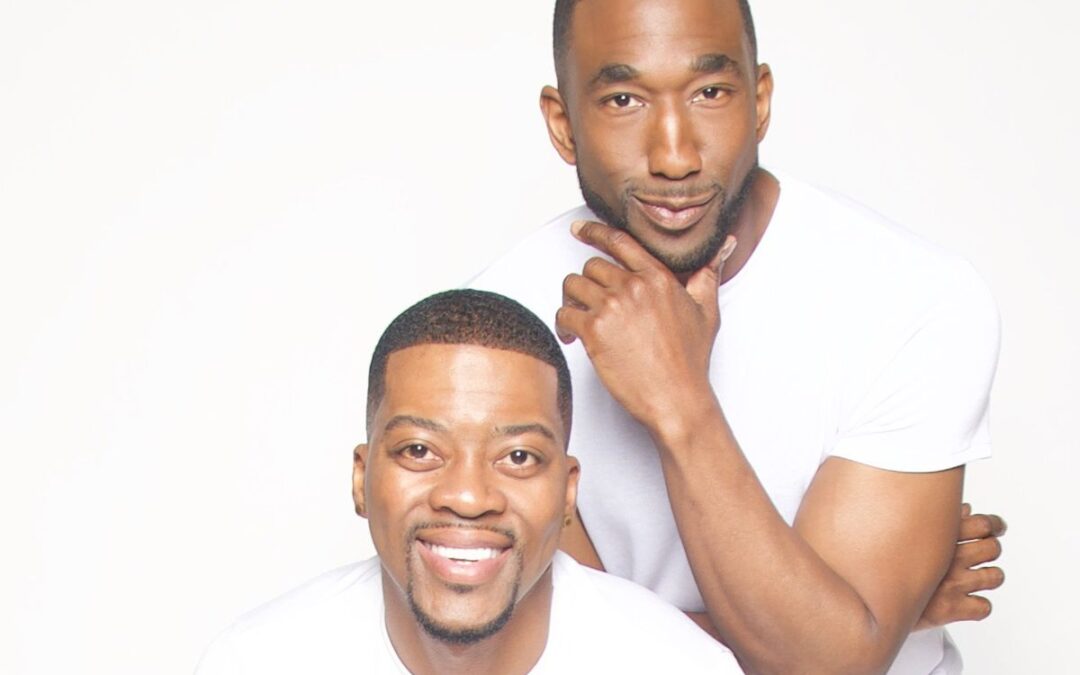 Anthony Wayne, the former Norfolk resident who scored success on Broadway performing in

“Tootsie: The Musical,” “Pippin,” “Once On This Island,” and “Anything Goes,” as well as Broadway nationwide touring productions of “The Color Purple” and “A Chorus Line,”  returns to the 757 with a fun, Soul Train inspired holiday musical he co-created with Kendrell Bowman called “A Soulful Christmas.”

“A Soulful Christmas” takes the audience back to the vibes of the 1970s and ‘80s when R&B and Soul music groups recorded holiday tunes and performed them on television variety shows. To make the show visually fun, the show makes use of impersonators playing the roles of Diana Ross & The Supremes, Jackson 5, Aretha Franklin and Teena Marie. And like “Soul Train,” audience members are encouraged to join in the spirited fun.

In advance of the December 16 performance at Zeiders American Dream Theater, I reached out to Anthony Wayne to learn more about the production and his love for holiday themed tunes.

VEER: What Christmas songs did you each enjoy as a kid growing up?

Anthony Wayne: I’ve always enjoyed The Temptations “Silent Night” and Jackson 5’s “Give Love on Christmas Day.” My family would play them on a record player in the living room of my Nana’s house non stop in Norfolk. Just hearing those songs reminds me of family, laughter and togetherness. I can still smell the sweet potato pies and collard greens every holiday season because these songs bring it back to me.

VEER: How did the idea for “A Soulful Christmas” come together? How many seasons have you taken it on the road?

AW: We were on a break from doing our other shows “Mighty Real: A Fabulous Sylvester Musical” and “An Evening with Phyllis Hyman.” It was the holidays and Kendrell came up with the fun idea. He brought it to me and we collaborated on ideas that would make it fun and voila!

This is the first time that we’ve taken the show out of New York City. Since December 2017, we’ve been performing to sold-out crowds Off-Broadway in NY. We were able to connect with Zeiders and had the show set to perform winter 2020, but because of COVID, we couldn’t. We are so excited to debut “A Soulful Christmas” in its regional theater premiere and look forward to potentially doing more cities in the future.

VEER: Is the music prerecorded? If so is it by the original group or re-recorded?

AW: The music was recorded live with all real instruments in a studio. While we won’t have a live band onstage, every single vocal you hear will be live and in-person. Everyone on the stage is so excited to share their vocals individually and together.

VEER: Are audience members invited on stage to participate?

AW: Yes! Absolutely. We encourage everyone to stand up and participate. We even have a “Groovy Wonderland” dance line like a “Soul Train” dance line that three lucky people will be pick to participate in with the cast. It’s very interactive. I can’t wait to see the joy on everyone’s faces.

VEER: Are any songs from James Brown’s 1968 “A Soulful Christmas” album included?

AW: While there aren’t any songs from James Brown’s Christmas album in the show, there are many surprises that will throw the audience back to the ’70s and give them a holiday groove they will never forget.

VEER: Many R&B artists such as Marvin Gaye, Luther Vandross, Boyz II Men as well as The Four Tops, Temptations and Stevie Wonder released Christmas songs and albums. Will any of these be included?

AW: There are many recognizable songs in the show from some of those artists but the most important thing people will walk away from is understanding that the gift of love is within you. If we continue to share the spirit of giving and unity, we have the power to heal the world. We strive to do that with every one of our shows. This is not just a moment. This is to inspire a movement of joy within you.