Goldberg Set to Return with “Hiding in Plain Sight” 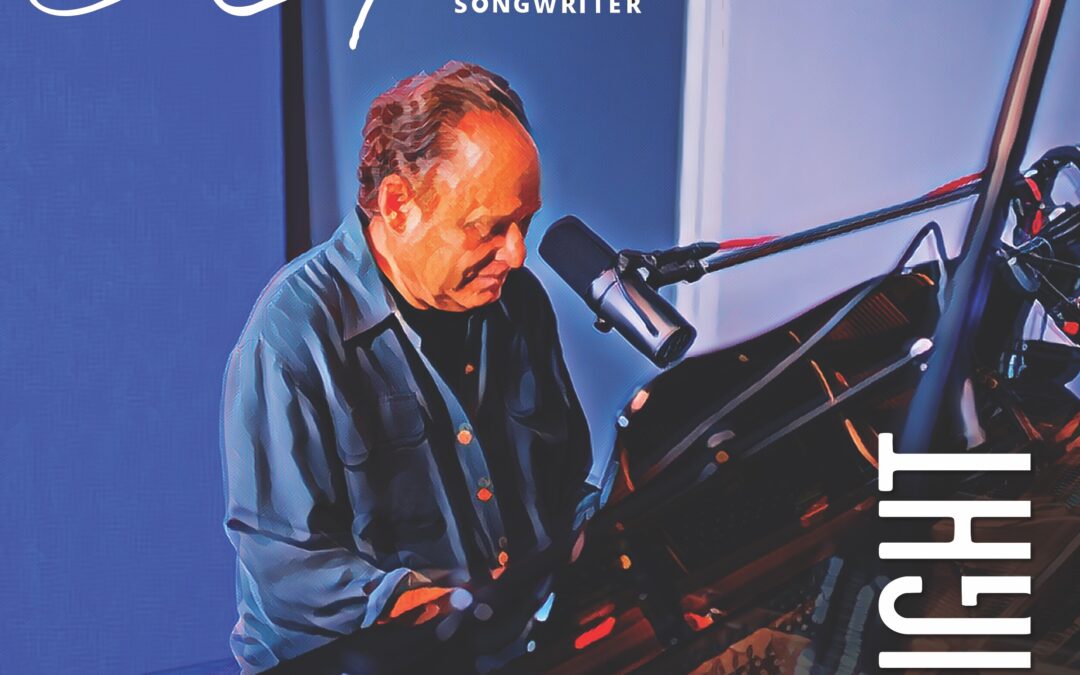 For Michael Goldberg, the journey back began with a guy in Norway on Facebook.

Goldberg was a fixture in the Baltimore music scene in the early 1970s when he was walking upstairs at The Classroom, a club he played six nights a week when he met a woman with a beat-up guitar.

“She said, ‘Hi, I’m Emmylou Harris, can I play some songs?’” Goldberg recalls.

Minutes later, he was inviting her to join his band. She played with Goldberg as a backup singer and as part of a duo over the next couple of years. They recorded his songs at the studio of a then-young and innovative recording engineer, George Massenburg, who went on to work with James Taylor, Little Feat, Randy Newman, Lyle Lovett, Mary Chapin Carpenter and others.

Eventually, though, Goldberg abandoned his dreams of becoming the next Elton John and returned to Virginia Beach to continue as a songwriter, not so much a performer, and start a business. But after his sister sat next to Harris on a plane four years ago, he resurrected those memories and posted a few pictures of the two of them playing in Norfolk in 1972 on a Facebook Emmylou Harris group managed by that guy in Norway.

Norway Guy sent Goldberg a song from a Harris boxed set, “Songbird: Rare Tracks & Forgotten Gems.” Forgotten was the right word for Goldberg. He played piano and Harris sang and played guitar on two of her demos on the collection, “Clocks” and “Falling in a Deep Hole.” The tunes had been recorded at The Band’s Woodstock studios with Janis Joplin recording across the hall.

“Finding out that was on the compilation was part of the strange events that started this whole journey for me at (then) 70 years old because I never knew it,” he says.

Goldberg had performed with Harris the night Chris Hillman and Michael Clark of The Flying Burrito Brothers came to see her at Clyde’s in Washington, D.C. while they were playing nearby at the Cellar Door. They were blown away. Gram Parsons had left the band a year earlier, but they realized Harris would be the perfect foil and suggested her to Parsons, beginning a partnership that led to their brilliant work together and started her long career.

Goldberg, too, had his moment. His band had opened for Springsteen and Aerosmith. They’d gotten good local press.  They’d created enough industry buzz that Goldberg auditioned for Clive Davis, the legendary A&R man then at CBS, and had plans of doing a double album. But Goldberg says “we stunk up the joint” at the audition. Friends campaigned for him with Davis. But it was too late. Davis was fired in 1973.

Flash forward more than four decades and that Norway Guy started pushing Goldberg to release eight songs he wrote and recorded with Harris in Massenburg’s studio.  When the guy from Norway bugged him about releasing those Emmylou songs, Goldberg had retrieved them from storage. The tapes were sitting on his desk. Harris, when they connected three years ago, also encouraged him to release the tunes. He’s digitized them since, but they remain private. There are legal and logistical hurdles, he says.

“When I came home, I never played those songs to anybody. In fact, it was very rare that I would even tell anybody that I played gigs with Aerosmith and Springsteen and all these people because it just didn’t mean anything,” he says. “Why would I do it? So those songs have really never been played to anybody.”

His business, QuickWebSiteFix.com, repairs issues with websites. Clients include Anheuser Busch, Mercedes Benz, Layla, a mattress company, and authors including Salman Rushdie, John Irving, and Michele Norris. But he’s continued to write and record over the years, including working with Natalie Prass and Adrienne Warren, who recently won a Tony for playing the lead in “Tina.”

But the trip back to his music days in Charm City and the pandemic lockdown prodded him to think about making and releasing music again.  He started playing one night a week at Wing King in Virginia Beach. “What I was fascinated with is that people came out to see it and these people had no idea who I am,” he says. “We had a really great crowd and, more importantly for me, I really enjoyed playing,”

The pandemic meant musicians everywhere were out of work.  Goldberg reached out to a bunch of Nashville session players, including veterans of Harris’s bands over the years, and then used new technology to play live remotely.  They’ve recorded five of his originals although only “Navy Blue” (lyrics by Eric Worden) has been mixed and released. He plans to market them through an innovative deal with Layla, the mattress company and his client. The set at Elevation 27 will be a combination of new and old songs written over the past 50 years.

Among the Nashville players who will join him at Elevation 27 on Jan. 8 are Phil Madeira, who co-wrote The Civil Wars’ “From This Valley” on their Grammy winning album. He’s played in Harris’s band since 2008 and has worked with a long list of songwriters including Keb Mo, Garth Brooks, Alison Krauss, Sixpence None the Richer, Little Big Town, and Amy Grant. The others include  bassist Chris Donohue, who has played with Harris, Tom Jones, Dave Matthews, Elvis Costello, Lucinda Williams, and others, and drummer Dennis Holt, who had manned the skins for Harris, Taylor Swift, Hank Williams Jr., Ricky Skaggs, Lee Ann Womack, Kansas, and Loretta Lynn. Contributing background vocals will be Cindy Morgan, a two-time Grammy nominee and 13-time Dove Music Award winner.

The album (“Hiding in Plain Sight”) release set at Elevation 27 will be a combination of new and old songs written over the past 50 years.

When Goldberg asked those musicians if they wanted to be in his band, they said they were going to ask him if they could be his band.

“The technology enabled us to be like in a recording studio, when you go in and you change things around, but we were remote. Everybody was amazed that it worked,” he says. “All of a sudden my music got so much better.”

After 50 years. Goldberg said playing with that caliber of musicians got him back on stage for the Elevation gig doing his songs. “I said I’m 73. I’m having a good time. Why not? Let’s try to do it.”