STAGE: Anastasia Will Be Visually Captivating 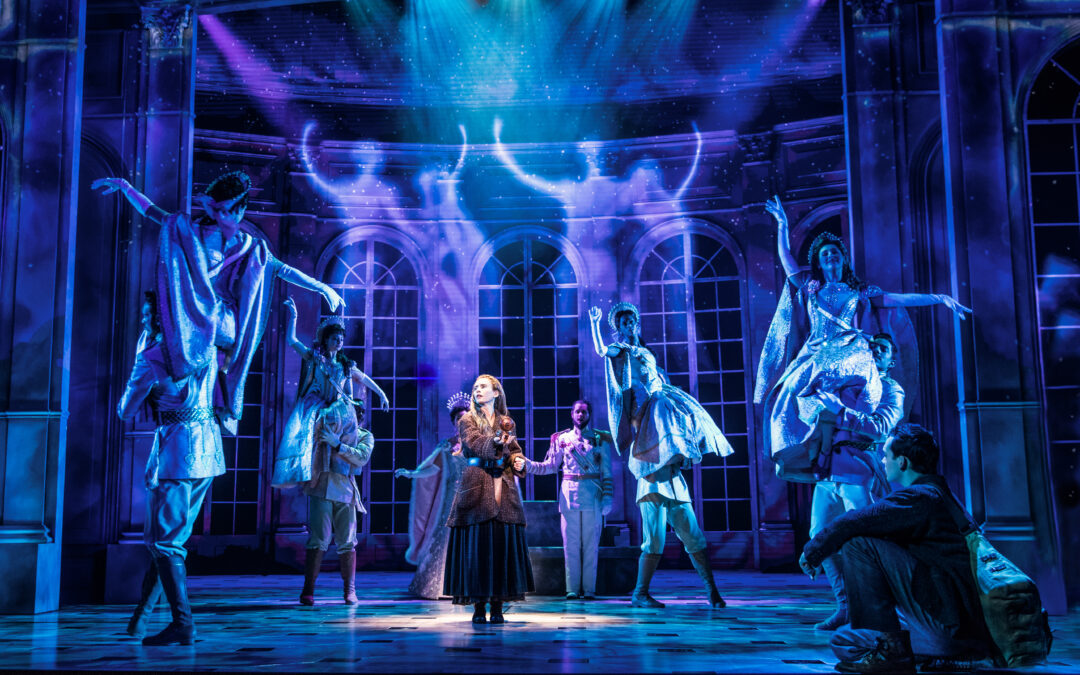 Lila Coogan (Anya) and the company of the National Tour of ANASTASIA. Photo by Evan Zimmerman, MurphyMade.

“It’s a blessing,” says actor Bryan Seastrom, who is about to perform tonight, with the rest of the cast, at the Embassy Theatre in Fort Wayne, Indiana. “I’m reminded that the name ‘Anastasia’ means resurrection.” That meaning is quite apropos considering how long theater was shut down due to the pandemic. Seastrom is a principal cast member of the recently launched second North America tour of the Broadway musical, Anastasia. A Broadway hit; the show is inspired by the two classic films of the same name that preceded it. Anastasia plays Norfolk’s Chrysler Hall for five performances later this month.

The story of the Grand Duchess Anastasia Nikolaevna of Russia, born in the summer of 1901, and then killed with her royal family in the summer of 1918…captivated readers and fans of world history for much of the 20th century. The historical rumor that Anastasia somehow escaped execution, led to numerous impersonators, and inspired literature. Eventually DNA science proved that the young Duchess had indeed been executed, along with her family.

Anastasia, the Broadway musical, officially opened on Broadway at the Broadhurst Theatre in April 2017, and ran till March 31, 2019. The show earned both Tony and Drama Desk award nominations, amongst various other honors, and received largely positive reviews. The Hollywood Reporter wrote that the show was “captivating, beautifully staged and emotionally vital.” The Broadway production starred Christy Altomare in the lead role of Anya/Anastasia, Derek Klena as Dmitry, and John Bolton as Vlad Popov. With its music and lyrics by the great Lynne Ahrens and Stephen Flaherty, of Ragtime fame, and its book by Tony award-winning playwright Terrence McNally, who passed away in March of last year at the age of 81—the musical is primarily inspired by the blockbuster 1997 animated film of the same name.

“I think he’s very charming. He has this confidence that’s very inspiring…much more than me,” says Seastrom, who plays the important character of Vlad, in the current national touring production of the show. “He’s a very quick-witted character.” The actor, who is a California native and puppeteer, first caught the show during its Broadway run in 2019. “I loved what they did with Vlad,” he tells me. “He’s got a little more swag to him.” Seastrom was also a big fan of the 1997 film version. When he found out that they were casting for the second North America tour, he was excited to audition, and of course, eventually landed the plum role. “So, when I got this, I thought it wasn’t real. I didn’t believe I was playing this delicious part until rehearsal started,” he says, laughingly.

In this current touring production, Kyla Stone plays Anya, and Sam McLellan plays Dmitry. As Vlad, Seastrom spends a lot of time in the show with these two characters, as Dmitry is his fellow con man who tries to pass Anya off as Anastasia, to the Dowager Empress as part of a money scheme. The two-act musical carries the audience from Saint Petersburg, Russia, to the allure of 1920s Paris. “They’re both fabulous,” says Seastrom, about Kyla and Sam. “They’re a dream team to work with.” He also adds that Kyla is “the greatest leading lady that I’ve ever worked with.”

Seastrom notes that the three of them have become quite the trio, both onstage and off. He says in particular that it’s sometimes hard for him and Kyla to get through a scene together without cracking up. “It’s the best cast I’ve ever worked with, especially those two people,” he says.

The show is filled with great music, including the popular “Journey to the Past,” but most of the songs are original to the stage production, with only a handful having been featured in the Academy Award nominated film. “Lynn Ahrens and Stephen Flaherty write such incredible music. And Lynn’s lyrics are…they’ve done so much, but I think they’re still underrated as composers,” says Seastrom. His two favorite musical numbers are “Learn to Do It,” which his character performs with Anya and Dmitry, and “The Countess and the Common Man.” His sole ballad, “Meant to Be,” is brief in length, but is impactful for what it communicates. “It’s an important one for Vlad,” he says. “He doesn’t want to see either of them [Anya and Dmitry] get hurt in the end.”

Not every Broadway musical works, but Anastasia succeeds due to its great staging, costumes, the relationships between the characters, and some really stellar musical compositions and arrangements. Seastrom notes that the shows are selling quite well, and that he and his castmates will be on tour well into 2022. Towards the end of our interview, I ask the actor about the show’s core themes. “I think that the through line of the show is belonging. And finding out where you belong in this world.”