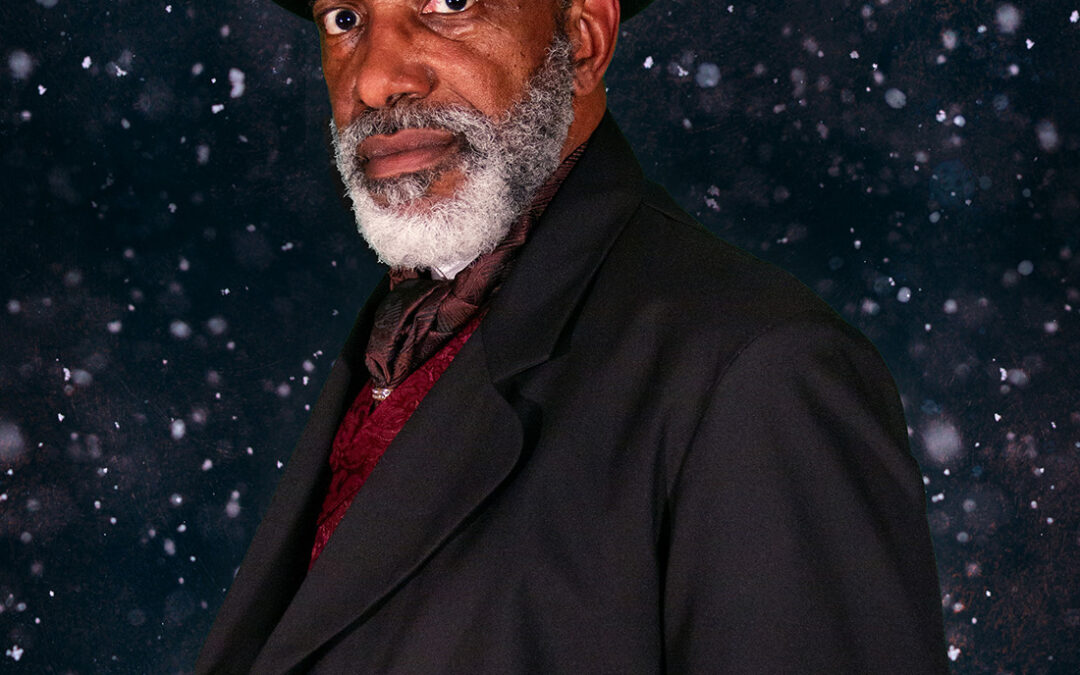 “It’s good to be back producing,” says Tom Quaintance, Virginia Stage Company’s Producing Artistic Director. “And I’m excited to go into rehearsal for this show on Tuesday.” The show that Tom is referring to is the holiday classic, A Merry Little Christmas Carol, which launches the Christmas season every year for VSC’s theater loving patrons. This adaption of the iconic Charles Dickens novella, A Christmas Carol, is courtesy of playwright and director Mark Shanahan, whom local audiences may remember from his directorial work on Season 39’s The Hound of the Baskervilles. We’re now solidly into Season 43, and hopefully before the end of the current season—post pandemic.

As is the case I believe for most artists and creative types, Tom has clearly grown tired of all the Zoom meetings, and other pandemic era modes of collaborating. “Right now, I can’t wait to get in a room with a bunch of actors and make some art,” he says. Tom is directing A Merry Little Christmas Carol, and the actor portraying Scrooge, Beatty Barnes, and I, both laugh in agreement with his statement. And of course, the three of us are conversing by phone, in large part due to the continued dictates of this ongoing pandemic.

“This will be my first show directing since the pandemic,” Tom says. He also mentions that they’re a “fully vaccinated company,” but that it’s too early for him to know exactly how this virus will impact his process as a director, beyond the basic Covid-19 related protocols that VSC has been following.

There are a number of intriguing changes to the traditional telling of A Christmas Carol, that A Merry Little Christmas Carol luxuriates in, according to its director. “There are eight performers in the show…so it’s little in that way,” he says. Shanahan has adapted this two-act play specifically for Virginia Stage Company, so the theatre is a reference point. Interestingly, the only actor who plays one part is the actor playing Scrooge. So actors one through six, which are how they are identified—are playing a bunch of different characters.

“And it’s not just that they are playing a bunch of parts, but they really are this company of actors who are going to come together and tell this Christmas story for the lost soul that is Scrooge,” says Tom. “You’ve got a Scrooge, and then you have these actors who are telling this story, is what I think is distinctive.”

What’s also distinctive about this production, is that Beatty, a locally-based actor and comic who has been featured in prior VSC productions, is African-American, and portraying the Scrooge, which is certainly a first in this company’s history. I ask Tom about his choice in casting Beatty for this particular, iconic role.

“No matter the size of the role, he has always been the actor I’m watching on stage, and wanna know what’s going on with that guy,” says Tom. “Scrooge is a part, like a Hamlet, that is a show carrying part. If you don’t really want to spend a couple hours with this one person, you’re in trouble.”

“Coming back with this story…it’s the first show that most kids in Hampton Road see,” Tom continues. “It is a family tradition for so many people, but there’s something about having somebody who is a part of our community, that is important to me.” I ask him if Beatty’s race is relevant in any way, to the casting choice and/or to how the audience perceives the character. “If Beatty wasn’t the right actor for it, it wouldn’t work, right?”

“This is a play that is everybody’s story,” says the director. “This isn’t just a nice little English…it’s important for it to be a period specific kind of piece. I feel like it’s more community held than that.” Tom goes on to expound on this some more, but eventually says that “everybody should be welcomed in,” which of course most people would agree with.

For the actor himself though, there were reservations about taking the role, in part because of other commitments that Beatty has, but Tom convinced him. “So thinking about it, I was like ‘why not?’” he says. “Something is telling me to do it. I was trying not to, for some reason.”

“I’m very method. And some of it’s really personal…” Beatty says, regarding his process in preparing to occupy this character. “Every piece seems that way…it’s almost like a sign from God. It’s like I get these pieces to do, and it’s kind of working out my life a little bit.”

Besides the distinction in casting, Mark’s adaption incorporates story elements that are not typically included in the standard telling of this oft produced work. “Mark leans into, a little bit more than we usually see, the young Scrooge,” Tom says. “There’s a conversation about Scrooge’s father in it.” He also reveals that “there’s a great scene on a ship, that is sometimes a little bit referenced, but it’s a big moment in the play.” He later raves about the show’s scenic designer, Dahlia Al-Habieli. Jeni Schaefer, of course, returns as costume designer.

Regarding VSC’s future, as they have weathered this pandemic, Tom is grateful for all of the public support that the company received. He’s also excited for patrons to experience Mark’s adaption of this Christmas classic, which he describes as quite funny. “This is a cast that knows funny from top to bottom. I am excited about it.”