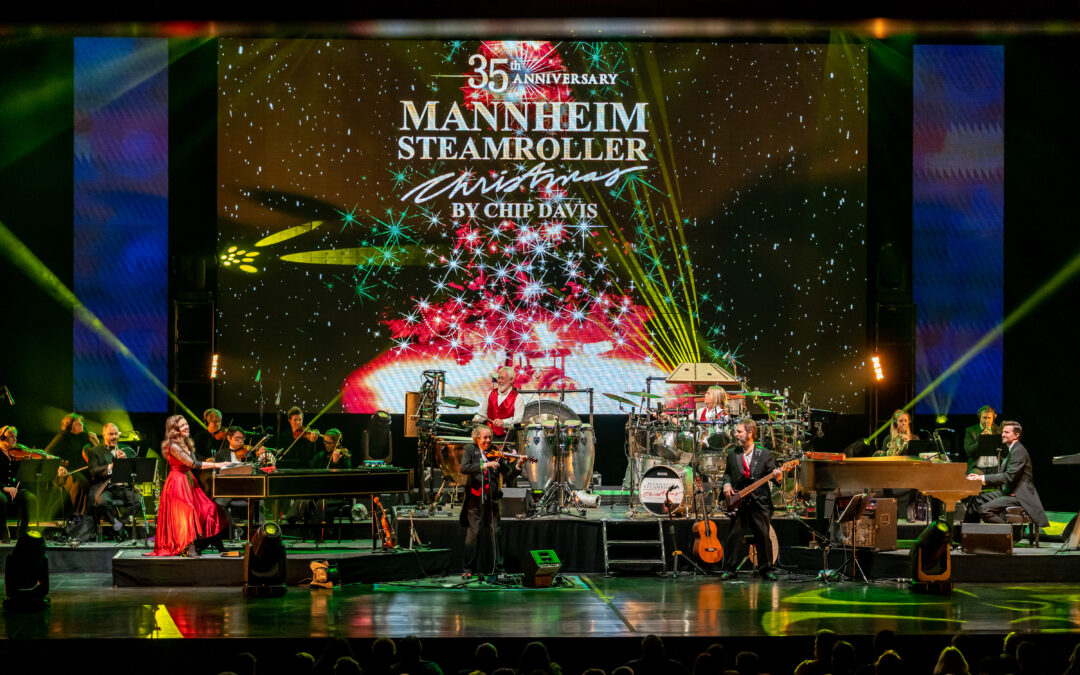 In 1984, when Chip Davis released his first Christmas album, music industry “experts” told him it would end his career.

They couldn’t have been more wrong.

And while Chip Davis isn’t a household name, his musical brainchild, Mannheim Steamroller, is. In fact, Mannheim’s “modern classical” treatment of traditional carols is not only ubiquitous in popular culture—it’s nearly synonymous with the holidays.

“At Christmas time, people want to listen to something that is familiar in their lives,” Davis said in a media Q&A. “Millions of people have grown up listening to our music. It’s comforting to hear something from your childhood—kind of like comfort food. Also, Christmas time is family time, and our music and concerts are all family friendly. We often see three generations attending one of our shows.”

Mannheim’s annual Christmas show is so popular, it now fields two companies that criss-cross the continent every November and December. (When one company visits Newport News on Nov. 30, the other will be in South Bend, Indiana.)

Each company comprises six band members accompanied by a 20-piece orchestra. Tom Sharpe joined the tour in 2008 and will be among those performing in Newport News.

Sharpe made a living as a rock drummer—touring with Dennis DeYoung from Styx—but he has vivid memories of hearing Mannheim Steamroller’s first Christmas album when he was a teen-ager.

“It’s just amazing how it revolutionized music,” Sharpe said. “It’s an entire genre all on its own. It’s one of those albums that you remember where you were when you heard it first. And I remember as a teen hearing that album and the first thing I thought was, ‘I need to hear that again.’ I mean: What did Christmas music sound like before Mannheim Steamroller, you know?

Sharpe has toured all over the world, but he said he loves stopping in Newport News.

“I have to be honest,” he said. “When I look at my schedule, that one sticks out. The Ferguson is a beautiful theater. We’ve been there quite a bit. When we go backstage, there are posters of our old tours on the walls … so it’s pretty cool.

“Another thing I like about that venue is the surrounding area is really beautiful,” he said. “I always just hop across the street there, and there’s tons of these beautiful trails there that I always look forward to going and exploring that area. So every time I see Newport News on the schedule, I’m happy about that.”Sharpe said he is especially grateful to be touring after the band stood down in 2020.

“We are just very, very excited to be back out there,” he said. “Not being able to do any touring last year does remind you about how special it is to be a part of a group like this. We’re all about bringing that tradition and that special Christmas joy to you, the people.”

Davis won’t be at the show. He’s 74 now and is the survivor of a head-on car accident—but he has said that his absence is proof that Mannheim Steamroller will live on without him.

“While I have a video piece welcoming the audience, that is my primary contact unless I do a surprise visit,” Davis said. “So my legacy and hope—as a musician, pop culture figure and also businessman—is to keep Mannheim Steamroller rolling.”