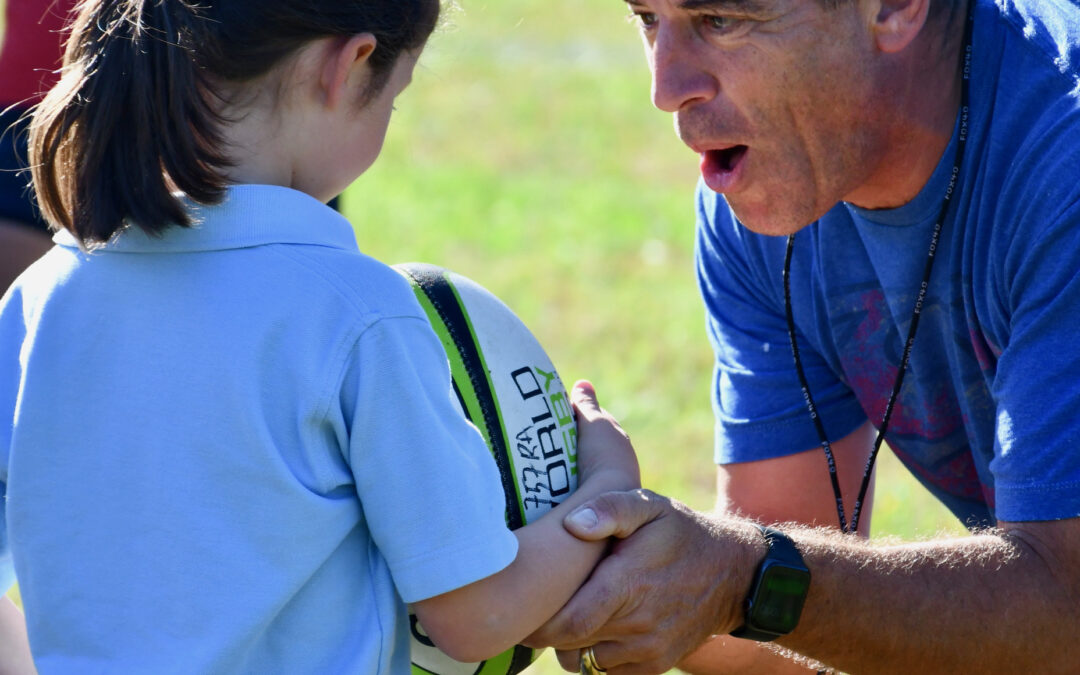 The 757 has turned into an incubator for world-class athletes, producing famous personalities in football, basketball, baseball, boxing and a number of other sports.

In 2016, they volunteered to teach a youth clinic hosted by the Norfolk City Blues Rugby Football Club. Over time, the clinic has evolved into the 757 Rugby Academy, which now comprises more than 70 children between the ages of 7 and 18.

“This is an amazing sport,” Bouthiaux recently told Veer Magazine. “For me, the main point is to establish a youth rugby program accessible to everyone—girls and boys—by providing the highest standard or quality of coaching. What is behind that? Foster the psychological and physical development of the kids. Even if they don’t get any scholarship with rugby, if they are more confident, if they are more respectful … more solidarity with all kinds of people … my goal is there.”

Every Saturday morning from September through June, the 757 Rugby Academy meets for two hours at Lafayette Park in Norfolk. (They take summers off because of the heat.) Most Saturdays, they split into two groups—based on experience, not age—to warm up and work on individual skills and collective skills. Most importantly, the kids are indoctrinated on the game’s values.

“They realize that it’s a tough game,” du Cluzel said, “but there is no place for hate. It’s based on mutual respect. It’s what makes rugby different—its core values: teamwork, respect, enjoyment, discipline, sportsmanship. For example, when the kids arrive at practice every Saturday, we require them to shake hands to everyone—players, coaches, families, et cetera. And same when they leave: say goodbye. It’s part of, we think, the educational part of rugby.”

To du Cluzel, who started playing as a teenager and continued as a member of the French Army, rugby is more than a sport—it’s a “a school of life.”

“You know, you fight against 15 guys during 80 minutes, but then they become your best friends,” he said. “There’s no hate in rugby. Even if you lose, you become friends with your adversary of the day. The essence of rugby lies in the sharing and transmission of human values—that’s what I really like. It’s a hard game, but you are constantly supporting your teammates. It’s all about effort, but also suffering and teamwork and respect as well. Because at the end of the day, you respect your adversary more than any in any other collective game.”

Bouthiaux, who played semiprofessionally in France before joining the military, expressed a similar sentiment.

The 757 Rugby Academy played in its first tournament earlier this year in Culpeper.

“We didn’t know what to expect,” du Cluzel said. “They lost all the games, but they were extremely good. Given the difference of size and speed, they did extremely well. … When they finished our last game, the coaches of all the teams came to them, and they told them that they will be called the Braves because they fought very hard. It was it was kind of challenging for them, but they did well.”

In fact, several teams have asked to scrimmage the 757 Rugby Academy because it promotes a pass-oriented style of play with less physical contact.

“France is known for passing the ball,” du Cluzel said, “trying to find gaps, intervals, and not being too physical. What we have seen during the tournament is most of the kids play a very physical rugby without any passes, which is, for us, not the essence of rugby.”

du Cluzel said he loves coaching, but he’s always fighting the urge to play again. Bouthiaux said he doesn’t miss playing at all.

“I just want to teach and to give what I know and what I truly believe behind this sport to the kids,” he said. “That’s why I choose to coach the kids and not the adults. For me, this is the future. This is where we have to go to and to give our value and make better people. We are living in a very, very demanding, stressful world. We have this pandemic, we have a lot of concern everywhere. If, during two hours with us on the field, the kids just have fun, I will say my goal is checked.

For more information, visit 757rugbyacademy.com or find the 757 Rugby Academy on Facebook.

The 757 Rugby Academy is actively recruiting children between the ages of 7 and 18. The only equipment needed to get started is a pair of cleats and a mouth guard.

“In five years, we never had any concussions,” du Cluzel said. “We never had any injury whatsoever. … It all starts with security. Before tackling, we spend three months explaining where to put the head, how to use your feet, et cetera. … Even in the NFL now, there are some specialized coaches coming from rugby to coach the security when tackling. I think this is where there’s a huge difference between American football and rugby. We have lots of players—even very young players—that switch from American football to rugby for that specific security reason.”

At the time, du Cluzel told Veer Magazine that it was a one-off event; however, they have been asked to organize a similar game in 2022.

“We are currently organizing the replication of the rugby game that we did two years ago,” he said. “I’m not sure about the team they will be playing against, but that will be on the seventh of May.”