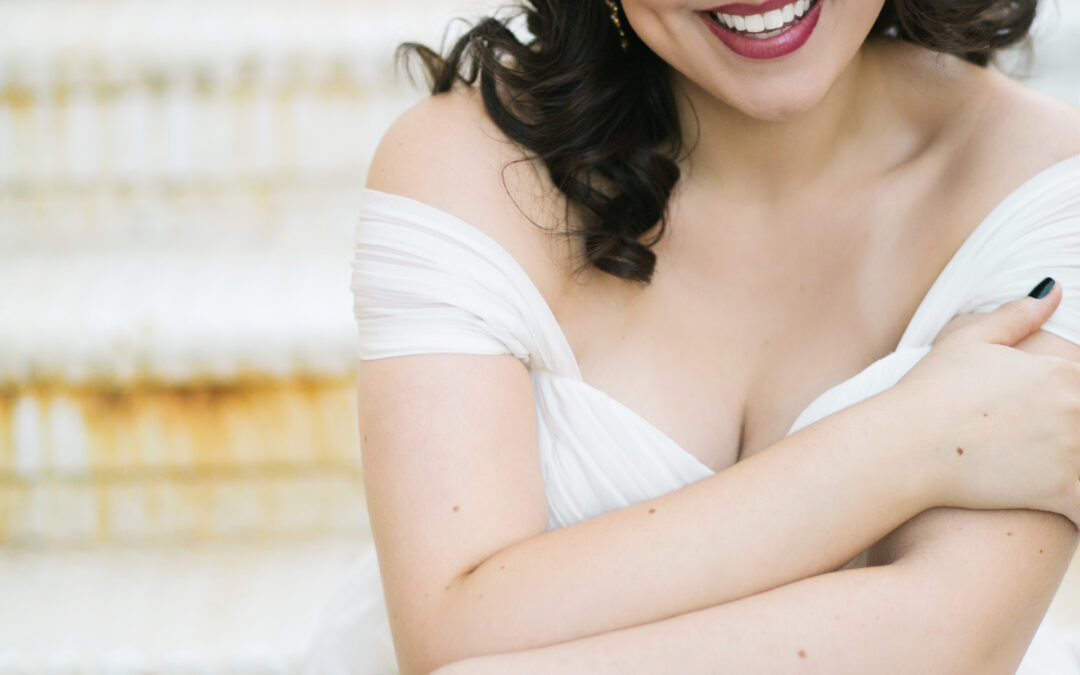 The Virginia Opera’s La Bohème: Rodolpho Remembers, a concentrated, intensified staging of what a poet can say about a girl who died, was born to the San Diego Opera a year ago, conceived by the necessities of COVID. An 86-minute, no intermission production that “homes in on the intimacy of the story and the characters” will reopen the (previously) pandemic shuttered Harrison Opera House the first weekend of November, promising to satisfy every fan of the traditional tale with “all the greatest hits” that Puccini composed, and to be “a brilliant first opera” for the novice opera viewer.

“The story is one that people are able to jump into easily. It’s got comedy, sadness, it’s got love.”

The first two quotations are from VO Artistic Director Adam Turner, the final pair from stage director Keturah Stickann. Conductor Turner spoke by phone from Toledo, between rehearsals for Il Trovatore; Stickann from her home in Knoxville.

Stickann directed the double bill of Seven Deadly Sins and Pagliacci here five years back, and choreographed or assistant directed a bunch of other VO shows, beginning with an October 2009 staging production of…La Bohème. (Bohème was also the first production of the Virginia Opera Association, back in January of 1975, and of the San Diego Opera 10 years before that. It’s the best sort of crowd favorite.)

Turner said that Stickann, who has directed and choreographed all over the world, was tapped to do this show because “Keturah is such a creative person. She could shape and mold it into something that is really imaginative…off the beaten path, that would be fresh and new for Bohème.”

Stickann and her musical collaborator, San Diego Opera’s Chorus Master and Music Administrator Bruce Staysna, had been confronted by COVID necessitated union staging and audience rules that precluded, for example, actors touching, or even getting closer than four feet from one another, or fifteen feet in front of any singer’s mouth.

Stickann said that she “simply turned the perception around and looked at it from a different angle.”

She put the story 10 years after the events that threw young striving writer Rodolpho and tubercular seamstress Mimi into one another’s lives and arms. Rodolpho has made a career as a writer, and is remembering their short-lived romance and the events surrounding it. (Act 4 of the standard version is itself filled with memories, as Rodolpho and Mimi recap their first meeting.)

“We see the other characters as Rodolpho remembers them,” Stickann said. “We see them as these sort of spectral figures who appear to him in his writing office.”

“He’s working on a more steady click. [Something] brings up this loss and grief that he’s never dealt with – in the course of remembering that time in his life he’s able to grapple with it.”

Turner adds that Stickann’s approach provides “an opportunity to see the friendship, the first romance, the blossoming love…The moments that people fell in love with are still intact [with] less of the spectacle and hustle and bustle” in which, he says, characters can get lost.

Safety protocols are less restrictive here than in SanDiego at the pandemic’s first high tide, so actors will be somewhat less remote from one another, but the staging is essentially the same. Masks will be required for audience members in the theater, and proof of vaccination or of a negative COVID PCR test taken no more than 72 hours, or negative Rapid Antigen test within 48 hours, before the performance.

Rodolpho Remembers shows a sort of uber-faithfulness to Bohème’s source material, a series of 22 short magazine serialized sketches, then turned stage play and episodic novel called Scènes de la Vie de Bohème, by Parisian Henri (or Henry) Murger. He was no more than 19 or 20 when he began writing, and about 23 when those stories of his own impoverished existence were first published. He remained in straightened circumstances until the play and the novel came out in 1849 and 1851; then he moved into middle class housing.

The bohemian life was, it has been said many times, only a way station on the route to middle class respectability for most who chose it. That, some commenters claim, is the real tragedy of Bohème.

Murger died at 38, poor again and crying out, with record setting anti-prophetic irony, his last words: “No more music! No more alarums! No more Bohemia!”

Additional performances in Richmond and Fairfax.