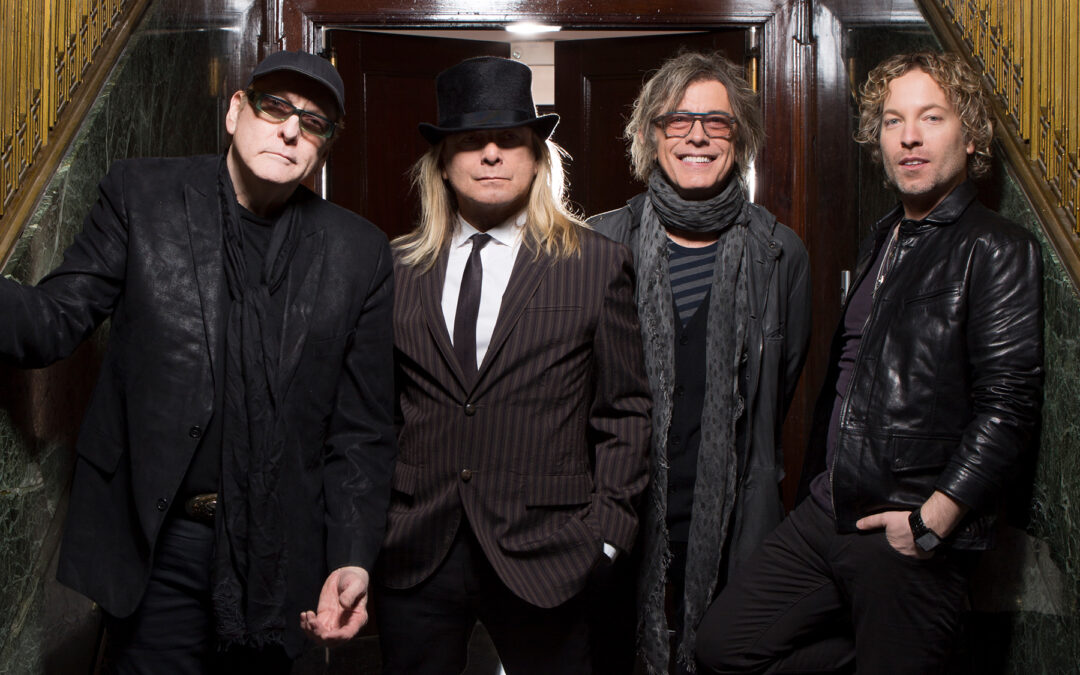 Rick Nielsen of Cheap Trick has had his third COVID shot and he’s happy to finally be back out on the road. It’s not the 300 dates a year the band played back in the day. More like 150 to 175, but then they’re not young anymore. The guy who penned “I Want You to Want Me” is 72.

He’s one of two original members touring with the band. Lead vocalist Robin Zander is the other. Bassist Tom Petersson is taking time off the road after open-heart surgery. Zander’s son Robin Taylor Zander has moved into the bassist slot. Nielsen’s son, Daxx, is on drums for Bun E. Carlos, who stopped touring years ago.

He is at risk if he gets the virus. “I’m the perfect target for getting ill,” he says. “I have COPD. I’ve had asthma my whole life. And I’m not exactly 15 anymore, you know?”

But he wasn’t happy sitting at home either. Nielsen will join the rest of the band at Chartway Arena on Oct. 31 — Halloween. All audience members, regardless of vaccination status, will be required to wear face coverings. Proof of vaccination is not being required.

Here’s Nielsen on COVID, the Japanese fervor for the band and the secret that made “Live at Budokan” its launching pad.

Veer: How did you handle the downtime?

Nielsen: Begrudgingly. Not well. It wasn’t a very inspiring time. So it wasn’t like, alright, let me write this song. It was kind of non-inspirational. Not that being on the road is that inspirational leader. So you make the best of it, you do what you have to do. I think it was a kind of a good survivalist situation. It made you think about stuff, the fact that it did happen in 2020. If something this awful is going to happen, then what’s stopping this kind of thing from happening again? Or oh, my God, we’re not as prepared as we should be, you know. So it’s like, another failure of communication between reality and the unreality.

Veer: You opened for Queen and then Kiss in Japan. Was that your big break?

Nielsen: The first record came out and (a Japanese journalist) asked me to write an article about what’s it like touring with Queen. I was like, how would I know, but I wrote it anyway. They started writing about us to their fans in their magazines and we so we started to get fan mail. We started to get caricatures of ourselves in the magazines, written on the side of the page. Then we also had a hit there. We had no hits in the States. This is from a band that was getting zero airplay here. That was a great thing for us.

Then to go from playing Iowa or wherever we were the night before we left for Japan, the first time in ’78, playing to either a half-full house or a tenth of a full house to getting to the airport (in Japan) with 5,000 kids screaming for us, not that we knew that they were there for us. And then you’ve been chased all the way to downtown. Then playing shows at the Budokan, selling out with us headlining with no opening act. And I thought that the Japanese audience was the smartest people on Earth.

Veer: Tell me about how the live album came about.

Nielsen: It was going to be a vinyl disc for the Japanese fans. We got the tapes and brought them back to the United States. Jack Douglas (the producer) and Bun E. and I went to New York and it was tedious because some of the stuff with the bass drum was missed and we had to re-establish it. While we’re doing it, it sounded pretty good. But the actual set was twice as long as the record. We only mixed half the show. We figured that was good enough. So we never released the whole thing until like 20 years later. That’s good marketing. Before it came out, I said we don’t really like the picture on the front. But our manager said, well, nobody will ever see this thing. Famous last words.

Veer: What do you think was the secret of that record? Why was it so appealing?

Nielsen: Well, it’s good and raw. It’s the most like our first album, which was raw. And then our second and third albums they’re more like studio records. Tom Werman produced the second, third, and fourth records. He made us to be radio-friendly. We didn’t care about being radio-friendly because we didn’t like what was being played on the radio.

I wrote “I Want You to Want Me” but I hate the version on the record. After I left the studio because we were on tour constantly, Tom Werman finished it and there’s this honky-tonk piano. It wasn’t like we were live. So we were excited when the live album came out because, hey, there we are.

Veer: You were the primary writer early in the band’s career. Now, everybody writes. How does it work?

Nielsen: Well, rather than argue or leave all the responsibility on one about what to put on a record, everybody’s involved. Whether I write half a song or Robin writes 90 percent, we just, we attribute it to everybody. Because everybody has terrific ideas. Or we all have bad ideas. And we don’t sell that many records as we did in the past so it’s like nobody’s getting rich off these things. We probably lose money on almost everything we do. That’s a good way to do business.

Thank God, we’ve always toured. But we like to write songs and make records, whether they, whether they get played or not. You don’t do it because that’s a career move. It’s a personal move. Who knew that we’d be around this long? We also don’t like to be sitting at home all the time, either. So it is the best of all worlds.