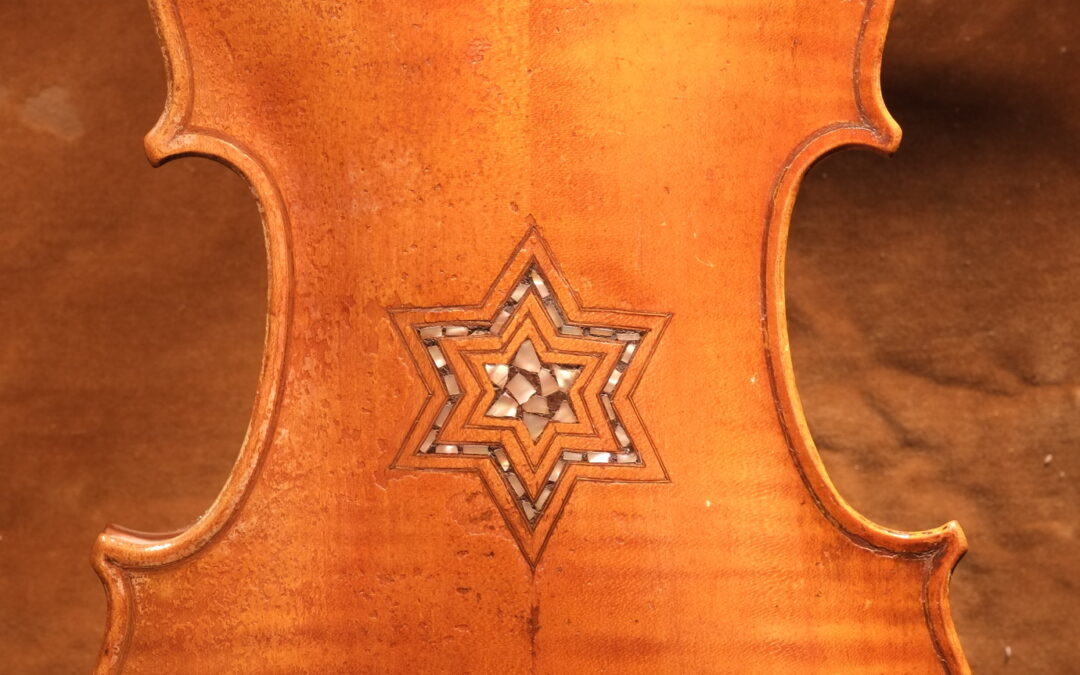 If you think about, every classical music performance is a history lesson in some sense.

Generally its because the musical work was written hundreds of years ago, and quite often it expresses something about each composer, whether the point in his career, circumstances around the commission of the work, or the very solo instrument for which it has been created.

Such is the case with Violins of Hope.

If you’ve watch the 1998 movie “The Red Violin” or the 2002 film “The Pianist” you’ll get a feel for both in the bond between instrument and instrumentalist.

Israeli violinmaker Amnon Weinstein has spent the last two decades locating and restoring violins that were played by Jewish musicians during the Holocaust. He dedicates this important work to relatives he never knew. These grandparents, uncles, aunts, and cousins remained in Eastern Europe when Weinstein’s parents, Moshe and Golda, immigrated in 1938 to Palestine, where Moshe opened a violin shop. After the war, Moshe learned that his entire family—400 in all—had been murdered during the Holocaust.

To date, over 60 instruments have been recovered and restored, each with a story and history, as part of the Violins for Hope collection.

Now through October 24, nearly 30 of these violins are on exhibition at the Virginia Holocaust Museum in Richmond. Companion exhibitions are displayed at the Black History Museum & Culture Center of Virginia and the Virginia Museum of History & Culture.

The phrase “Oh if these walls could speak” comes to mind. Eerily we wonder what horror and sorrow was expressed when these instruments were played by their original owners.  What stories could these violins share?

While we may never know the precise tales of these violins, Virginia Arts Festival Director Rob Cross believe the repertoire for the concert will provide a glimpse into the music that likely may have echoed through the holes of the wooden instruments.

“There’s a good body of work that’s been discovered in the last 20 years,” said Cross. “These are kind of lost works by Holocaust composers.”

One such work to be performed by the string quartet is Gideon Klein, String Trio for viola and cello.

Klein was a composer and pianist in what was then called Czechoslovakia. When the Nazi’s invaded the country, Jewish musicians were banned from composing and perform. Still, he managed to compose in secret when he was deported to Terezin concentration camp. Klein was sent to Auschwitz followed by a coal-mining labor camp before dying of unconfirmed reasons. It is said the String Trio composition was completed just two weeks before his death.

“In his lifetime him was known more as a pianist than a composer,” said Cross. “Then in the 1990s a family that was friends of the Kleins before the war discovered this piece of work that had been lost for over 50 years.”

Also on the program is Viktor Ullmann’s String Quartet No. 3, Op. 46. Ullmann was born in Austria and had composed 41 opus works and three piano sonatas before being forced by the Nazis into Theresienstadt concentration camp. Of his works, just 13 survived and only because the manuscripts were passed on to friend — philosopher Emil Utitz — for safekeeping.

Ullmann was killed on October 18, 1944 in the Auschwitz-Birkenau gas chambers.

“He was recognized as a really important composer in his time,” Cross said.

The final work to be performed as part of the Violins for Hope concert is Beethoven, String Trio No. 4 in D major, Op. 9 No. 2.

“We thought it would be interesting to include a work by a standard composer whose music would have been played on these instruments back in the day.”