Prepare for 757 Battle of the Beers 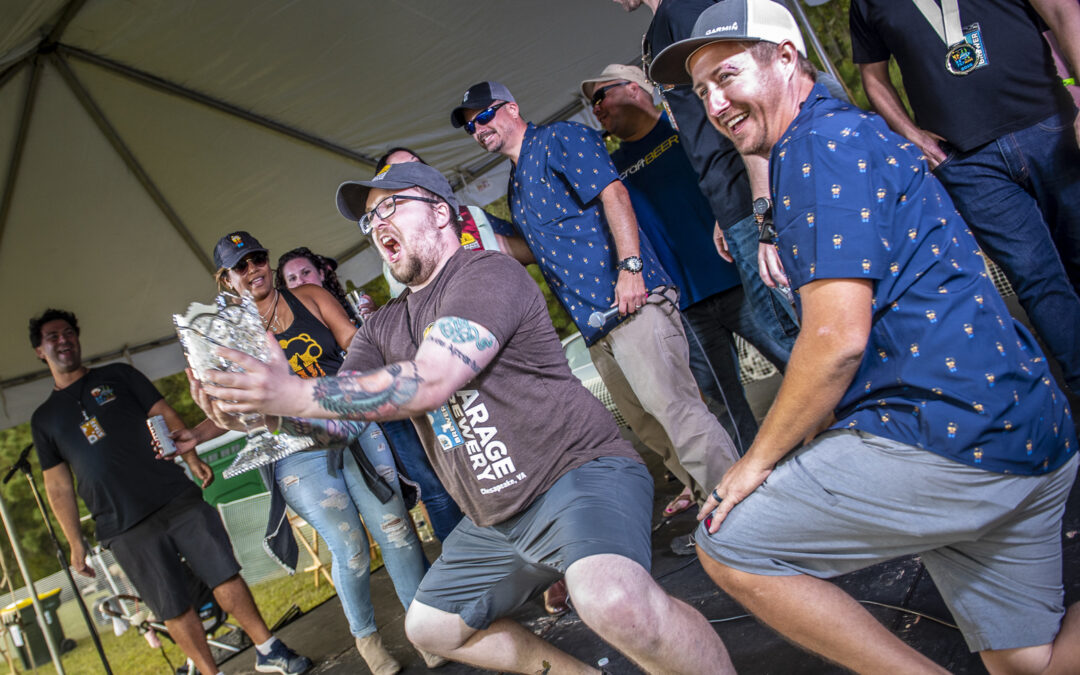 The Garage Brewery won the last Battle of the Beers event. Photo by Eye of the Storm Photography courtesy of Beach Ambassadors.

More than 30 regional breweries will vie for this year’s 757 Battle of the Beers crown.

The event is held on the grounds of Camp Pendleton in Virginia Beach and is a fundraiser organized by Beach Ambassadors and benefiting St Mary’s Home, Hope House Foundation, and other local charities.

We caught up with Beach Ambassadors’ Shawn Fischer to get the skinny on his organization’s 9th year charitable event.

VEER: This is your 9th year presenting 757 Battle of the Beers. What would you say have been the most important improvements the event has made over that time?

Shawn Fischer: I think just making changes each year to keep the brewers involved is the most important.  It’s not easy considering the “beer festival fatigue” that typically sets in.  We added Battle of the Brewers in 2017 which is designed to let them have fun competing in something other than brewing beer.  That’s been a hit.

VEER: How much money has been raised over the first 8 years?

Fischer: We are somewhere around $175,000 raised from this event.  That includes what was raised in our virtual Home Edition last year.

VEER: Can you comment on their community-minded devotion of breweries?

Fischer: It’s super-unique to say the least.  Throwing a big beer festival is one thing but doing that and showcasing how community-involved these businesses are is another thing.  Community involvement has been the number one reason craft beer has been gaining more and more respect over the years in Hampton Roads.  We see it in the average age of attendees.  We see it in the number of businesses large and small who want to support our event.  It’s something we just can’t showcase enough and the number one reason why this event lives on today.

VEER: Unlike most beer events/festivals, you have a competition component with awards. How does this engage both breweries and attendees?

Fischer: I mentioned the Battle of the Brewers before.  Unlike other beer festivals, this isn’t a free-for-all with unlimited tastings.  We ask attendees to taste each beer and they are checked off on their scorecards.  There is a section for notes as well.  When we started in 2013 this was important as craft beer was very new in our area.  It’s even more important today considering how many commercial brewers exist in the 757.  We love it when we overhear an attendee mention that they first had a beer from XXX at our event in a previous year.  The People’s Choice is really the most popular beer at the event.  Every attendee gets one vote.  The Brewer’s Choice is a judged competition where the brewers score each-others beers based on specific guidelines.  They go in only knowing the style of the beer and go from there.  To the brewers, that award seems to be the most respected out of the three.

Fischer: The fact that we are holding an in-person event is new for 2021.  We are nervously excited.  We are also expecting to showcase locally produced seltzers for the first time.  Additionally we are involving the brewer-supported charities more in the lead up to the big day.

This year we are thrilled to have Anthony Rosano & the Conqueroos headlining with support from the Optimistic Cynics and Fox & the Bear.

General Admission gets you a souvenir glass, 60+ tastings from 30+ brewers, an event program with one vote for People’s Choice, live music from 3 bands, games, a silent auction, and a coupon to use at one of several food trucks.

VIP gets you all of the above but with a full color glass, unlimited tastings, and a VIP section with exclusive beers, seating areas, and private restrooms.

9th Annual 757 Battle of the Beers