Hunter’s Sunrise Live at The Z 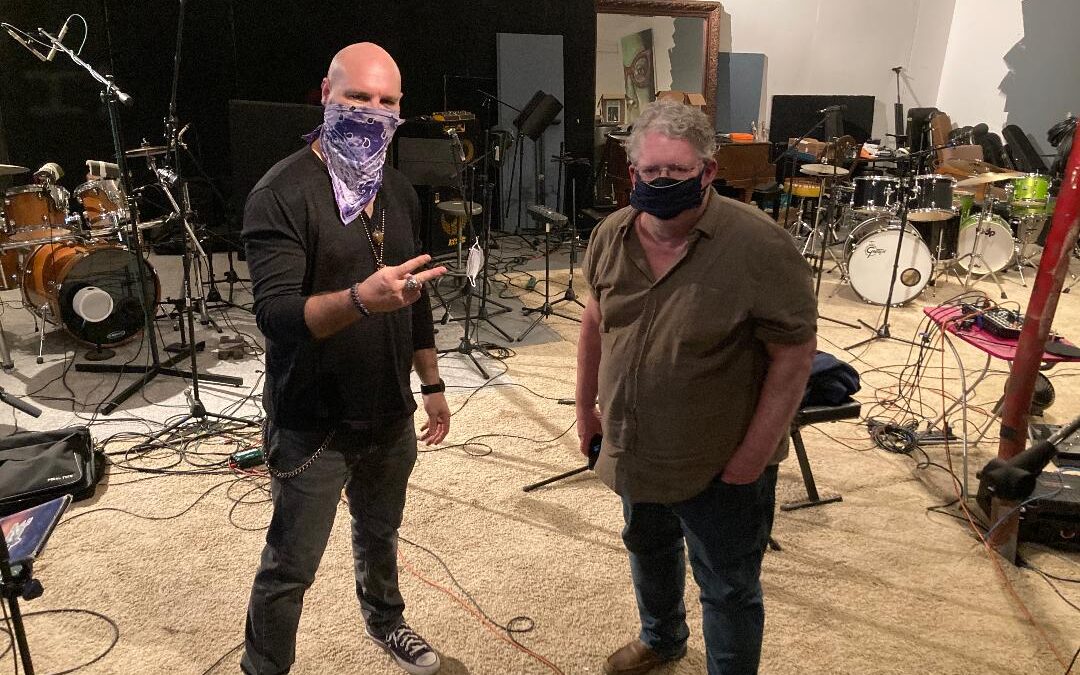 The CD release performance, scheduled for October 8, is a highlight of this year’s Proteus Festival, which runs September 16 through October 10 and includes cutting-edge film and live theatrical productions as well as music.

Hunter Hughes has long been a champion of acoustic-based music, especially that of local and regional recording artists.

“Acoustic music, I think, puts the artist on sort of a tightrope,” said Hughes. “When you boil-down music to acoustic pieces you get a really good feel for how the song is.”

As a radio program, Hunter at Sunrise has had several incarnations. It began as an early Sunday morning program called Sunrise on The Coast and was hosted by the commercial station’s then program director at 93.7 on the FM dial. That was in the mid-1990s. After six months, Hunter Hughes, a part-time employee of the Sinclair radio station group, was asked to take over the show as the on-air personality with freedom to play whatever songs he wished within the light-rock or acoustic format.  When The Coast flipped formats and became BOB FM, the show continued as Sunrise on Sunday for several years.

In 2009, Hughes approached local public radio affiliate WHRO/WHRV about bring the show back to the airwaves. A decision was made to do so as a digital radio format (WHRV 89.5 HD2) and calling it Hunter at Sunrise. The program can be heard as live streaming and on demand at Hunteratsunrise.com.

The Hunter at Sunrise program has entertained listeners with a mix of acoustic, folk, light rock, and Americana recordings released by both national and regional recording artists. Hughes has been keen to invite touring groups as well as local musicians to perform unplugged in the WHRV studio — taped (recorded) in advance.

That all changed when the pandemic struck and on-air personalities on both WHRO and sister station WHRV were required to broadcast remotely.

Hunter Hughes, at the nudging of blues artist Jason Cale, turned to local musician/producer Joe Tally. Together they decided to record the show at Soniqual Studios in Portsmouth. The studio is large enough to socially distance and is setup by design as a proper recording studio for music.

“It’s always great to sit and talk with Hunter about life and music and it was fantastic to get to see Joe Talley at Soniqual again too,” shared Cale. “I knew they’d make a great team when I connected them.”

For many of the local musicians Hunter offered them the first opportunity to get out of their homes to perform and record.

“I was very pleased that they wanted to come and do this,” said Hughes. “I was honored that they were willing to come to the studio and do these interviews with me.”

Award-winning Virginia Beach singer/songwriter Karl Werne was one of the appreciative performers to appear on the program. 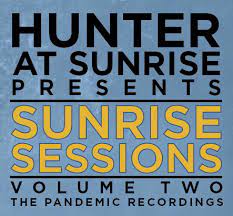 “I have filled Hunter’s studio more than a few times with a whole entourage of musicians,” said Werne. “This last time, during a pandemic, he was doing his sessions out of Joe Talley‘s studio, and I brought an All-Star team — Michael Lille on guitar, Holly Kirsten on keys, Bobby Hornsby on bass, and Ellard Forrester on percussion — and it was surreal. I hadn’t seen everyone in over a year. That recording session was a perfect storm of being on Hunter’s show, in really good hands with Joe Talley at the board, being with really good friends, and with the cathartic exhale of coming out of a pandemic.  It was truly an honor to play original songs in that situation. I will never hear that recording without feeling all of that … joy.”

The songs on “Sunrise Sessions Volume Two: The Pandemic Recordings” are crisp and clear, thanks to Talley’s production talents. Hughes created the setlist for a desired flow that dispersed slower tempo tunes with more lively songs. Each CD contains 17 tracks. Some have a brief intro to give the feel of hearing a radio show.

Among the songs of note are Rob Oliver’s dynamic, pandemic-inspired “Help Me Keep My Head Up High,” Logan Vath’s “Catapult,” Sherri Lynn & Jesse Chong on “My Way,” Jackie & Resa’s “New Familiar,” Jim Bulleit’s “Catastrophic Thing,” “I Live Here Too” from Narissa Bond, “If You Tell on Me” by Michael Lille, and “Only Autumn” courtesy of Dustin Furlow and multi-instrumentalist sensation Matt Thomas.

The final track on the second disc is Jim Newsom’s “I Am Not a Jukebox.” Having the song closeout the compilation was a deliberate placement by Hughes.

“I wanted to remind people that these recording artists are not jukeboxes.”

In other words, Hughes wanted to spotlight the fact that the likes of The Storyweavers, Julie Clark, Ben Phelps, Annie Johnson, Fox & The Bear, Anthony Rosano, Skye Zentz, and the others aren’t cover bands taking nightly requests at the corner sports bar for over-done tunes like “Free Bird,” “Brown Eyed Girl” or “Yesterday.”  Nope, they actually take the more challenging road of focusing on original music and performing it live.

And speaking of live, the “Pandemic Recordings” CD release party at Zeiders will showcase more than 20 of these artists on various stages both inside The Z and on the raised outdoor patio. Proceeds from both the sale of the CD and the show will benefit the Theater.

“Hunter was looking for an arts related non-profit to support with the sales, and when he learned about our mission to support emerging artists and our creative community, it all fit together,” said James Bryan, the director of marketing at Zeiders American Dream Theater in Virginia Beach.  “This project hits multiple points in our goals for music development: to develop local talent. Many of the artists on the CD have worked with us or are scheduled to in the upcoming season, giving audiences opportunities to hear their original work in a professional concert setting.”

The Z showcases local music acts with its TasteBreakers series.

“It is a series where local acts perform as part of a music scene happy hour,” Bryan said. “It’s a chance for people to network, have a drink with us and discover a new local musician or band from the 757.”

Each attendee to the “Sunrise Sessions Volume 2: The Pandemic Recording” will be handed an informative guide about each musician or band.

“I thought it was very important that people know about these artists,” said Hughes.