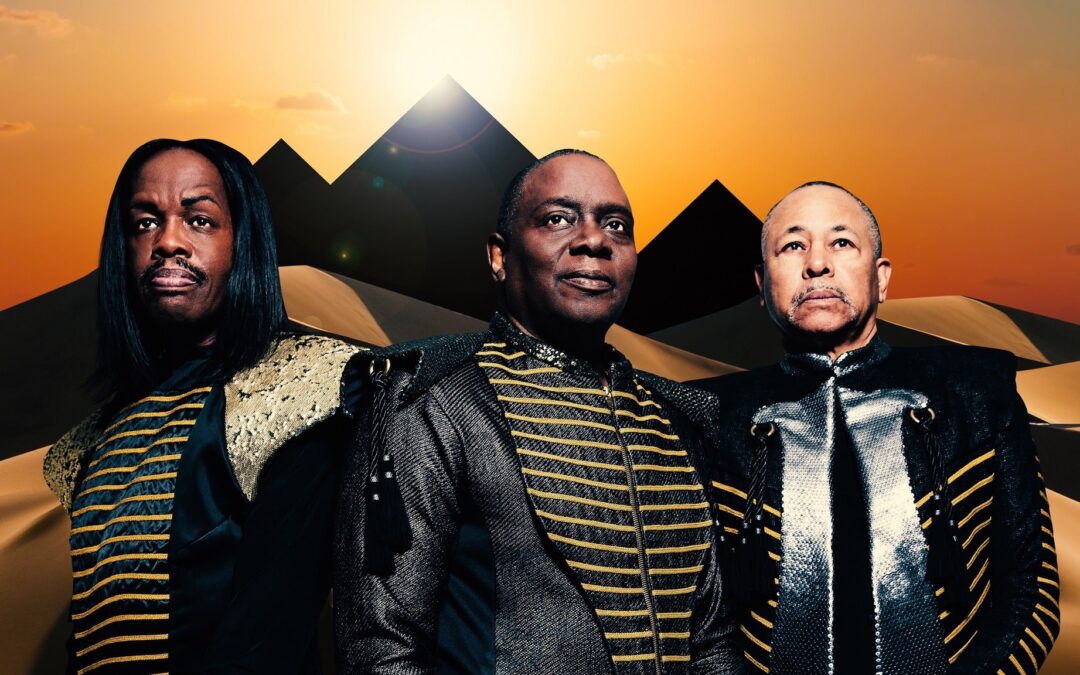 What could possibly be better than hearing Earth, Wind & Fire perform their essential hit “September” in September?

Last year marked the 50th anniversary of Earth, Wind & Fire, the R&B group that has scored eight number one hits and sold over 100 million albums.

Songs like “Serpentine Fire,” “After the Love Has Gone,” “Sing a Song,” “Fantasy,” and “Boogie Wonderland” still get airplay on retro R&B and pop radio stations.  Jae Sinnett, a jazz recording artist who also hosts a jazz program on WHRV, spins a lot of Earth, Wind & Fire on his R&B Chronicles broadcast show Friday nights at 7 PM on 89.5 FM.

“Earth, Wind & Fire’s music is timeless because of the deep human quality in their music,” said Sinnett. “This is why boomers keep going back to this music. It was a feel we grew up with and it’s very different today (in today’s music). We can go back before 1980, listen to just about any genre of music, and feel connected all over again. That’s what makes this band special and other groups of this generation.”

Ken MacDonald, the president of IMGoing, the promoter bringing the concert to Portsmouth, has booked Earth, Wind & Fire numerous times in our region because audiences love the music.

“Earth, Wind & Fire is one of the greatest bands ever and they have the record sales to prove it,” MacDonald said. “The talent is undeniable.  The combination of singing, musicianship, songwriting and great production was very special.  These elements produced great recordings and they were able to not only reproduce it live but take it to a higher level.  They definitely stand the test of time; you play any Earth, Wind & Fire song at a party, wedding, bar or wherever, and you will feel the energy of the room rise.  That’s powerful.”

The Songwriters Hall of Fame, established in 1969, honors those whose work represents some of the most popular songs ever written.

Maurice White, who no longer performs live with the group, was quoted as saying, “I wanted to create a library of music that would stand the test of time.  ‘Cosmic Consciousness’ is the key component of our work. Expanding awareness and uplifting spirits is so important in this day. People are looking for more. I hope our music can give them some encouragement and peace.”

Uplifting souls and bringing happiness to the masses is something Earth, Wind & Fire has achieved now for 51 years. For many, their music was an essential part of the soundtrack of their lives.

“Not a week goes by when someone doesn’t come up and tell us how much they love our music and where they were when they heard it,” said bassist Verdine White by phone from his home in California. “Where we are in our career…you go through the golden age, you go through the time when people don’t like the music, and now we’re back in the time when people are thanking us for making music.”

Earth, Wind & Fire was formed in 1969 by Maurice White. The group made its debut with a self-titled album in 1971. It took the group a couple of years to find its voice – and lead singer Philip Bailey.

“Back then nobody knew who Earth, Wind & Fire was,” said Verdine. “We were basically trying to find out what we were going to be.”

That didn’t take long. The band’s 1973 album Head to the Sky made music fans take notice and then came their major breakthrough – a movie produced by Maurice that bombed, but had an impressive soundtrack featuring “That’s The Way of the World” and “Shining Star.”

Earth, Wind & Fire would go on to sell over 100 million albums worldwide and scored six Grammy Awards and four American Music Awards. Their classic period ran from 1973 to ’80, a period when the hits just kept rolling, including “September,” “Serpentine Fire,” “Sing a Song,” “Let’s Groove,” “After the Love Has Gone” as well as Verdine White’s personal favorite, “Fantasy.”

The prolific era was worth the band’s early struggles.

“It affects you in that you are progressing and doing the things you want to do as a result of hard work,” said Verdine.

Currently, the group is back on the road and with renewed vigor, and a new single — “You Want My Love” featuring Lucky Daye. Verdine White said he sees a lot of curious fresh faces in the audience and, of course, a few familiar wrinkled foreheads and necks.

“We have a new generation as well as the older members who come out to see us,” he said. “We started 1971. Nobody knows how long you’re going to be around, so 50 years later it’s a blessing to be able to do what you love.”