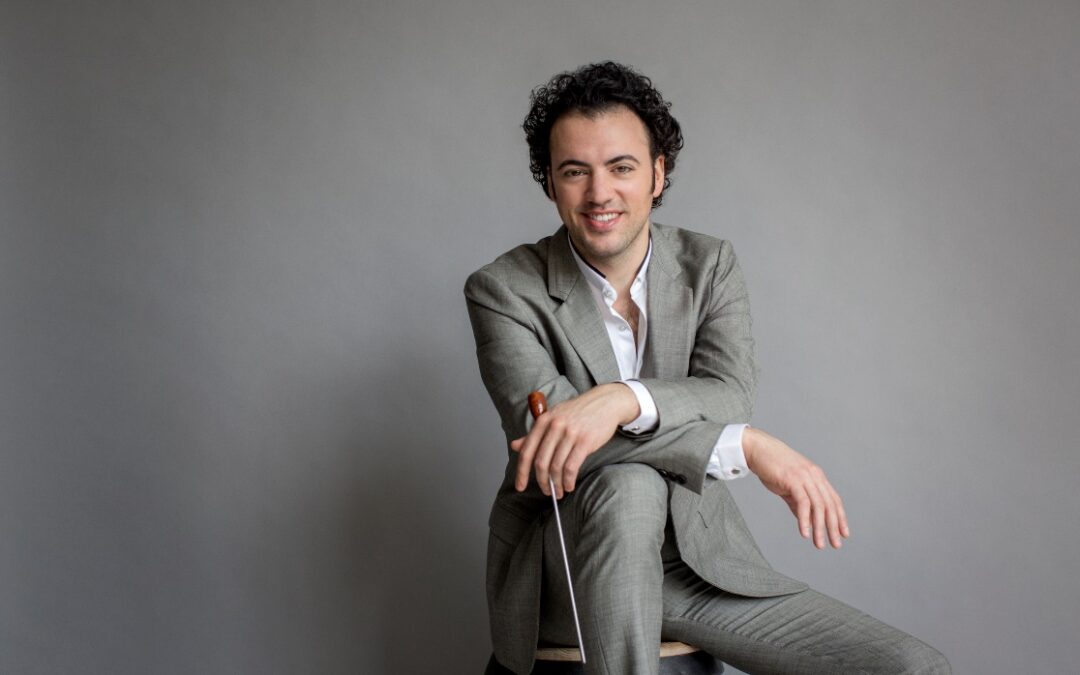 Recently, for another publication, I wrote a piece about the dawn of a new era for the now 100-year-old Virginia Symphony. As of July, the orchestra has a new music director—cellist and conductor Eric Jacobsen—a principal guest conductor in Norfolk native Thomas Wilkins, and a healthy endowment.

As I reflected on this, I began to think more deeply about the joy that the Symphony has brought me over the years—and the huge role that classical music in general has played in my life.

The seeds of my affection for music of all kinds were planted early on. My mother, who earned a degree in music at Florida State University, was a piano and voice teacher. My father was musically untrained, but he enjoyed listening to classical music—Mozart’s string quartets, in particular, which he used to play on the console stereo in our living room.

This was not the music I was drawn to as a child, of course. My tastes were strictly in keeping with those of my generation: The Beatles, first and foremost—then, as an early adolescent, some of the harder stuff: The Doors, Led Zeppelin and Jimi Hendrix, among others.

All of that changed, however, when I discovered Emerson, Lake & Palmer’s version of Pictures at an Exhibition and learned of the piece’s history. Soon thereafter, I bought recordings of Ravel’s orchestration as well Mussorgsky’s original composition for solo piano.

From there I was off and running, snapping up recordings of classical music whenever I could. By the time I got to college, I thought I was quite sophisticated because the LP collection I carted with me included The 1812 Overture and The William Tell Overture—two pieces that have served as gateways to classical music for countless young people. Thankfully, however, I wasn’t limited to my own records. In 1975, when I was a sophomore, I got a gig as an on-air host for my college radio station, WPLT in Plattsburgh, New York. In my downtime, I listened to dozens of orchestral and chamber works that I’d not heard before, and by my senior year I was hosting a classical show.

By that time, Beethoven had become my favorite—and one moment with his music stands out in particular. I’d also taken up acting, and on the morning of my stage debut, I was consumed with anxiety. To calm myself, I went into a listening room in the student union, put on headphones, and listened to the ‘Emperor’ Concerto in its entirety. To this day, it remains one of my favorite pieces because of the triumphant power of the first movement and the exquisite tenderness of the second. I might well have grown to love it anyway, but the essential role that it played back then, as a kind of musical pep talk, cemented my emotional attachment to it.

After college, back in the City, I began exploring the riches of Manhattan, and I sought out classical concerts whenever I could. One that stands out is a performance of Beethoven’s 6th and 9th Symphonies, by the Atlanta Symphony Orchestra and Chorus, at Carnegie Hall. I still went to rock concerts as well, and had also begun frequenting jazz clubs, but that Beethoven concert—especially the well-known finale of the 9th—was every bit as exciting as The Who at Madison Square Garden and a performance by Dizzy Gillespie at the Blue Note.

In those years—the early ‘80s—I also eagerly anticipated Lincoln Center’s annual Mostly Mozart festival. Perhaps most important of all, however, were the free concerts offered by Juilliard students on Wednesday afternoons at Alice Tully Hall. Thanks to those, I was introduced to a wide array of works that I might never have discovered otherwise—notably, Bartok’s Piano Sonata, which remains one of my favorite piano pieces.

My love of classical music in general, and Lincoln Center in particular, deepened further after I got married to a woman who soon began to work for the Chamber Music Society, which meant that we could go for free whenever we pleased.

I THOUGHT I WAS LEAVING all of that behind when she and I decided to move to Norfolk in 1991. Little did I know that it was here that I’d have the most powerful classical-music experience of my life.

By sheer coincidence (or synchronicity, perhaps), JoAnn Falletta had moved here the same time I did, and quickly began to elevate the Virginia Symphony to new heights. Gradually, she and I became friends, and one day, while we were having lunch at the Town Point Club, I floated an idea for an article: I’d spend a week with the Symphony in rehearsals and conversations, then document what’s involved in putting together a single concert. She loved the idea.

The featured piece on the program we selected for my endeavor was Prokofiev’s 5th Symphony. I was somewhat familiar with it but did not know it well. Attending rehearsals—and watching JoAnn and the orchestra take it apart measure by measure—illuminated the piece for me with the intensity of lightning that exposes details of a landscape during a nighttime summer storm.

By the time the actual concert rolled around I was charged with anticipation, and I wasn’t disappointed. Over the decades, I’ve seen some of the best musicians in some of the finest concert halls in the world—from San Francisco to London—but I can honestly say that this particular night in Chrysler Hall was the most meaningful experience I’ve ever had with classical music. It deepened immeasurably my love of music in general and the Virginia Symphony in particular, which I’ve now seen perform more times than I can count.

For this reason, I was saddened when JoAnn announced two years ago that she was stepping down as music director. I suppose that’s due in part to a more general sense of loss that I feel as I age—a sense that I described in last month’s essay about New York City.

The good news is that after talking with Jacobsen, I am brightly optimistic about the future of the orchestra—our orchestra. But not only the Virginia Symphony. The truth is, those of us in this region who love classical music are incredibly fortunate to have in our midst the offerings of the Virginia Arts Festival, the Feldman Chamber Music Society, guest artists hosted by Old Dominion University (Norfolk Chamber Consort), chamber ensembles made up of Virginia Symphony musicians, Symphonicity, and many other groups.

Had I not had those early-life experiences, from my mother’s piano lessons when I was 5 to that Beethoven concert at Carnegie Hall, I don’t know that I would have been as well positioned to receive the musical gifts Hampton Roads has to offer. But the gifts are extraordinary, nonetheless—and when the new fall arts season gets underway—especially in the liberating atmosphere of the (mostly) post-Covid era—I will be deeply grateful for these riches at hand.