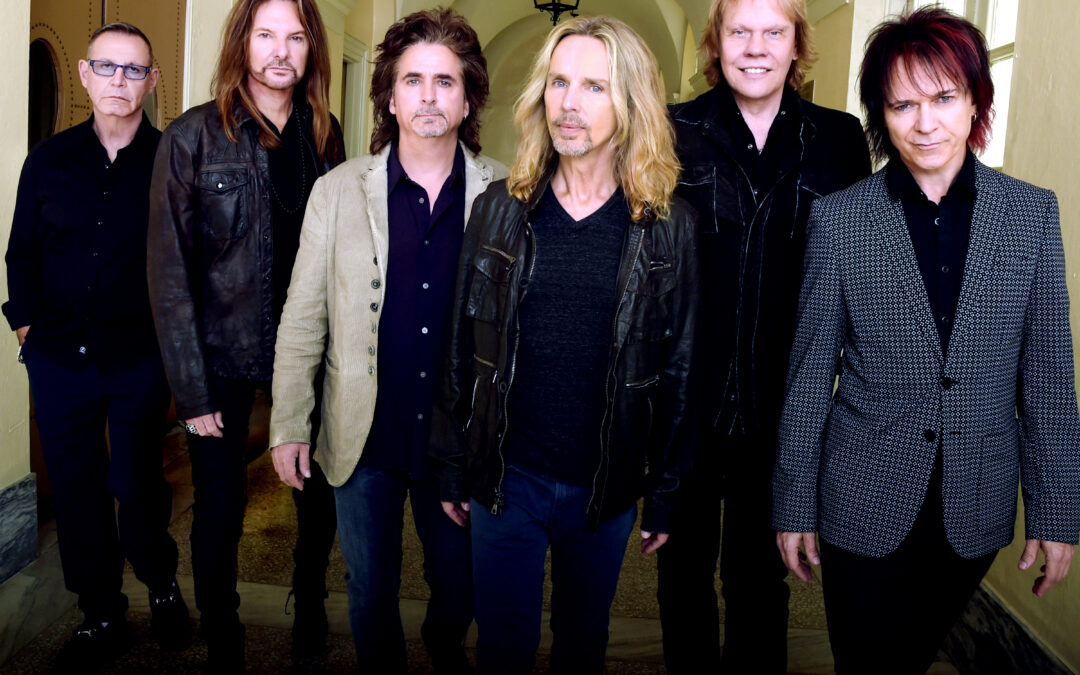 It may still be the best of times for classic rock band Styx.

The group will perform August 10 inside Chartway Arena on the campus of Old Dominion University. While concertgoers can expect to hear all the anticipated radio-played hits such as “Come Sail Away,” “Too Much Time on My Hands,” “Fooling Yourself,” “Lady” and “Mr. Roboto,” Styx could just as well perform its entire new album, “Crash of the Crown,” a prog rock gem, and longtime fans would be impressed.

Lawrence Gowan joined the band 22 years ago as keyboardist also tasked with providing lead vocals alongside James “JY” Young and Tommy Shaw. Both Shaw and Young play guitar as well.

Styx released its self-titled debut album in 1972 and enjoyed monster popularity between 1975 and 1983 with multi-platinum-selling albums that included “The Grand Illusion,” “Paradise Theatre,” and “Pieces of Eight.”

Since joining Styx in 1999, according to Lawrence, the band has had to navigate the ups and downs of the music industry.

“When I joined the band our mandate at the time was let’s keep making new music,” he said, “but then the music industry turned on its head and so we wound up focusing almost entirely on touring.”

Universal Music signed Styx in 2017 with the release of the critically acclaimed “The Mission,” an album of new material that recaptured the spirit of its late ‘70s material.

With “Crash of the Crown,” Styx dives deeper into its early progressive (prog) rock material while going one step further by weaving musical inspirations from that time period into the new tunes. Universal also seems to have returned to its roots in promoting the album. 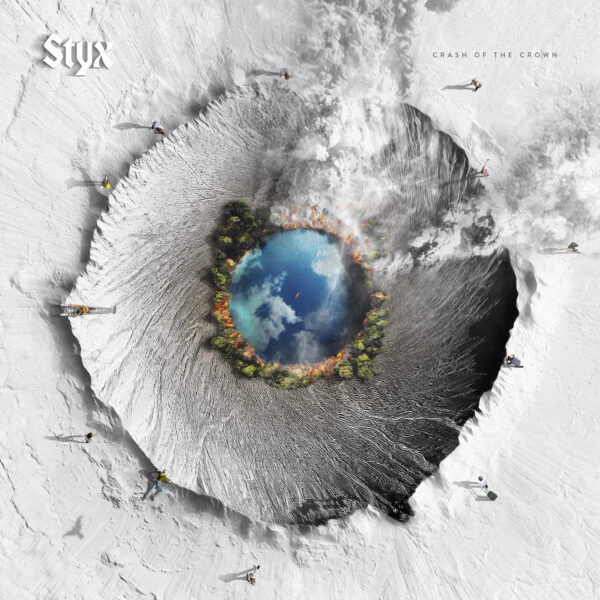 “Getting this new album to #1 on the Billboard rock charts is the pinnacle of what we’ve been pulling for all this time,” Lawrence said.

In many way, “Crash of the Crown” is a concept album where the songs collectively tell a story — each tune serving as a chapter of the book (album in this case).

The theme of the album is one of renewal after a cataclysmic event.

The opening track — “The Fight of Our Lives” — sets the tone, a rich vocal harmony display featuring Gowan, Shaw and Young reminiscent of Queen, Sweet, and with a musical nod to Mike Oldfield’s “Five Miles out” era.

“The album opens with this track because it seemed obvious, particularly coming out of the pandemic, that the theme would be on a lot of people’s minds,” Gowan said. “Those influences you mentioned are very evident, actually throughout the album. As much as the album sounds like Styx to our minds it is very much influenced by the progressive rock era of the ‘70s.”

Among song highlights on the album is “Hold Back the Darkness,” a track that builds with prog rock, atmospheric keyboards and then rocks triumphantly only to be amplified further with a sizzling guitar solo, a sound so missed in today’s music.

“We had a lot ideas, and one was that opening riff,” said Gowan. “That was something Tommy (Shaw) and Will Evankovich (producer, additional multi-instrumentalist) had been playing.”

The bandmates had other short musical sketches they’d been working on.

“Suddenly you had something that was a little bit akin to the second side of ‘Abbey Road,’” said Gowan. “They’re very short little pieces that comprise one statement.”

Since we were really trying to lean towards the progressive side of Styx — that’s the side I’ve always been very attracted to — we felt it we really don’t have to make some fan-based, pre-set thing from radio.”

Within the album are a couple extremely short stand-alone works: “Lost at Sea” and “Another Farewell.”

“They are under a minute long, and yet we thought these are great little bridge pieces. We wanted  it to have an album feel to it. We wanted one song to kind of bleed to the next. They carry you from where you just were to the next. We wanted to keep our ideas short and punchy, and pull you through like it’s an adventure.”

In many ways it would be remarkable to hear Styx perform “Crash of the Crown” in its entirety, take an intermission, and then return with a set of its greatest hits. But

“We are going to put some of these in-between our legacy material. You can’t go to a Styx concert and not hear ‘Blue Collar Man,’ ‘The Grand Illusion,’ ‘Come Sail Away’ and ‘Renegade.’ Those are staple songs that are in every show, but we will slip these new songs in without even announcing them necessarily. So far on this tour people have been embracing the idea of us producing new material.”

As for the how the Styx concert will open: “The Fight of Our Lives” followed by “Blue Collar Man” for a dynamic one-two punch of new and classic material.

It really will be the best of times for true Styx fans.

With Anthony Rosano & The Conqueroos