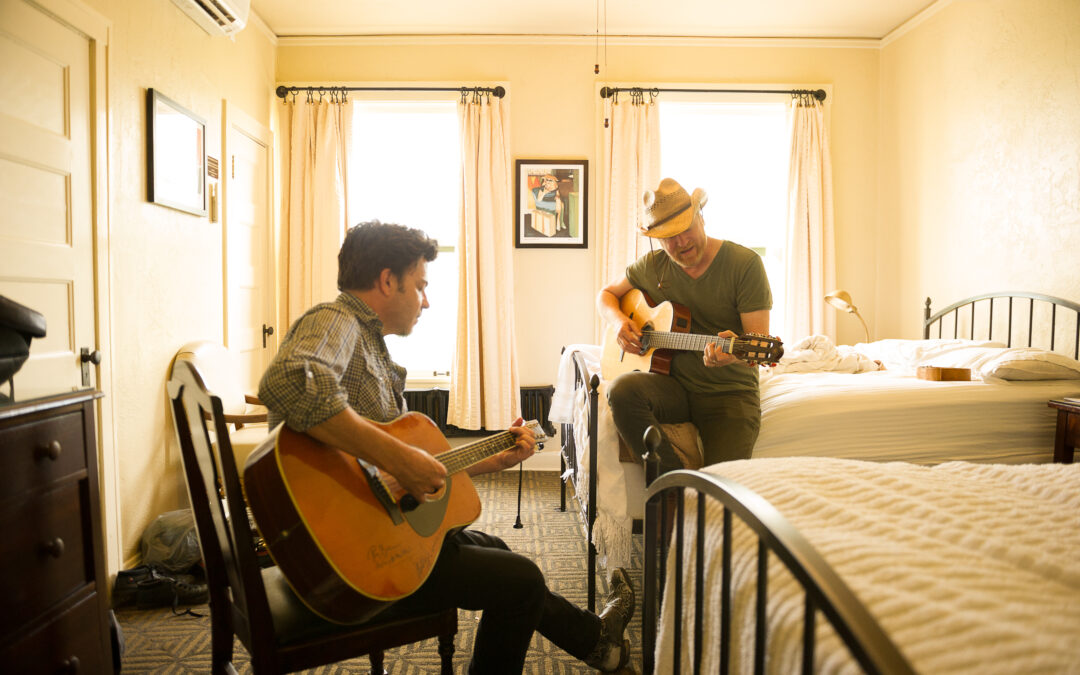 Alt-country outfit Cracker will be one of the first national level concerts to hit Hampton Roads since the pandemic shut large event gatherings down, and best of all it’s a free admission show.

The Cracker concert, which has Jimmy’s Chicken Shack opening, is part of Beach Event’s new Summer Concert Series at the Virginia Beach oceanfront, with this one scheduled on June 23 at the 17th Street Park stage.

The Virginia Beach appearance is the first date on Cracker’s summer tour that includes stops in the Carolinas, Ohio, Pennsylvania, and California.

If it seems like Cracker is one of the first groups to announce a full slate of tour dates it is because many of the shows were scheduled and then postponed due to the COVID shutdown.

I recently spoke by phone with founding singer/guitarist David Lowery as he was walking his dog outside of his primary home in Athens, Georgia. He also maintains a place in Richmond, where the band was based during its heyday in the 1990s.

Regarding COVID, Lowery said the band was on the road in Alaska for a performance with shows booked next in Hawaii (March 2020) when the nationwide shutdown was rapidly evolving. The uncertainty weighed heavily of the band, not knowing the severity or the potential complications unfolding by the moment. A big concern was how they would get home with flights being canceled across the board like a falling wall of Dominos.

Cracker made its studio recording debut in 1992 with a self-titled album. The songs were mostly written by Lowery and guitarist Johnny Hickman.  The lead track, “Teen Angst (What the World Needs Now),” was the sole single off the record and it charted at the number 1 spot on the US Modern Rock charts.

Cracker’s popularity exploded the next year with the release of its sophomore album, “Kerosene Hat.” The record spawned breakthrough hits for the band including “Low” and “Get Off This.” And then there was the “hidden track” — “Euro-Trash Girl.”

Cracker appeared to be at its peak popularity in 1996 when its third album, “The Golden Age,” came out and continued to enjoy radio play on alternative rock format stations who spun “I Hate My Generation,” “Nothing to Believe In” and “Sweet Thistle Pie.”

In all, Cracker has released 10 studio records and churned out a scattering of attention-catching songs such as “Turn On, Tune In, Drop Out with Me” from its 2009 album, “Sunrise in the Land of Milk and Honey.”

Cracker’s most recent album as a band is  “Berkeley to Bakersfield.” The double-album featured guest appearances by John Doe of punk rock band X on “We All Shine a Light” and  Adam Duritz of Counting Crows on “Darling One.”

Though not a top charting album, it received praise from music media outlets.

Spin magazine wrote, “Cracker are still getting it done 20 years on.”

Online music source praised it this way: “Brian Wilson may have invented the rock & roll ideal of California, but David Lowery is doing more than his share to chronicle the way life is lived in his adopted home state in the 21st century, and Berkeley to Bakersfield is one of Cracker’s most ambitious and satisfying sets in quite some time, as good as anything they’ve given us since Kerosene Hat in 1993.”

When I asked David Lowery about the possibility of a new Cracker album he shared a perspective all too common these days to veteran bands. According to Lowery, the costs of recording a studio album are a deterrent: the expenses of bringing in musicians, rehearsing the material before recording, renting the studio and paying a crew of engineers and assistants, and producing the physical product.

Most new CDs by established bands are sold at concerts, Lowery said. Merchandise such as T-shirts are not a guaranteed sale and a guessing game. “What if people don’t want red shirts?” wondered Lowery. The inventory of merchandise becomes a loss.

And don’t even get David Lowery on the subject of streaming services such as Spotify and Pandora. “The worst one is Youtube,” he said.

While there is no fresh Crack material, David Lowery has been producing new material as a solo artist. This includes the album “Leaving Key Member Clause” that was released on a limited basis in January 2021. Lowery produced just 1,000 physical copies on CD and urged fans to go to his Bandcamp page to purchase digital tracks.  Lowery also performed a live stream solo concert on his 60th birthday back in March.

For now, David Lowery said Cracker will continue to perform in spurts — a week here, a week there — as all band members have secondary projects and careers. Lowery shared that he is now a college professor at the University of Georgia, teaching a range of classes including one class on the music industry.

Cracker will perform all the familiar hits in Virginia Beach as well as a rotation of album tracks from its catalogue.

Cracker has always drawn a crowd to its concerts in the Hampton Roads region. In the 1990s, Cracker performed to an estimated crowd of 25,000 in Town Point Park when Festevents promoted a series of free Friday night concerts.

“We always seemed to do well from Philadelphia to Atlanta,” said Lowery, “but for some reason we did especially well in Richmond and Norfolk.”