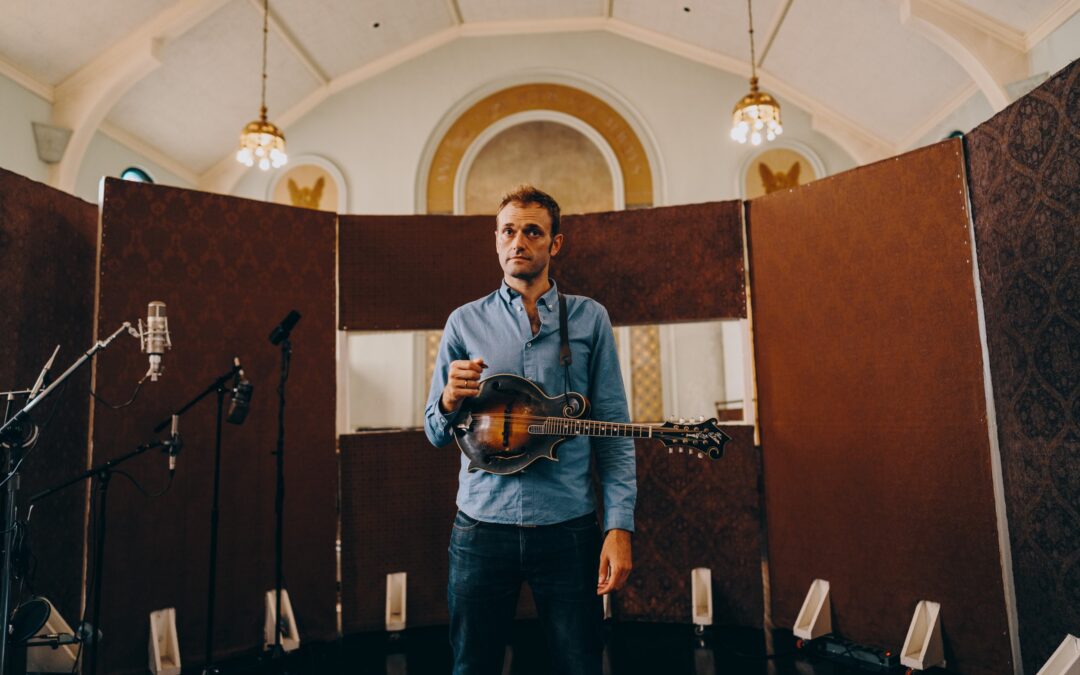 Chris Thile’s first solo album started with a conversation with Bob Hurwitz, the former head of his record label, Nonesuch, backstage after his now-canceled “Live from Here” did a show focused on God.

“He’s like, man, I dig what happens when you’re thinking about that stuff,” Thile says during a call from his Brooklyn home. “There’s always something about that on any record that you make. I wonder what would happen if you just really lean way into it. ”

Riding out the pandemic with his family in upstate New York, meant leaving behind not only their community in Brooklyn, but the community of music makers that Thile, a serial collaborator, had enjoyed over more than two decades. But it also gave him time to think about religion and community and pursue the idea of devoting an album to those complex ideas.

He calls himself a “weak agnostic” now, but “was raised with a whole lot of religion.” What, he wondered, did he get out of that childhood experience? What replaced it? And what about that instinct to come together with like-minded people over something bigger than yourself? This thinking, of course, came in the middle of an isolating killer pandemic, the worst in a century, and the most divisive and ugly season of political campaigns in decades.

As he began diving into the new album’s themes, he refused to settle for the kumbaya thought that community is all good. Stepping back, he found, created a revelatory perspective.

“We love to say, you know, we’re together and, and that’s beautiful, like we’re stronger together when we do these things. There’s a park bench in Fort Greene Park, here in Brooklyn, that says we were together, which is from a Walt Whitman poem,” he says (The quote is “We were together, all else is forgotten by me.”)

Being together, he says, can be wonderful. But it can also be exclusionary. “Having grown up in the church, and, and then being something of a master of ceremonies at these gatherings where we come together a lot, live music can be very much like a church,” he says. “Everything that’s happened over the last year leads me to believe that often even our non-religious, communal gatherings have a religious undertone of exclusivity that we’re like,  ‘Yes, we’re together, we’re together with a bunch of people who think exactly like us and feel exactly like us about a certain set of thing.’

“We don’t mean to be exclusionary, but often we are,” he adds.  “It certainly behooves me to look at the ways in which I’m engaging in an exclusionary way, and how can I work on that.”

Thile broke into music as a pre-teen with Nickel Creek in 1993 before making their name with 2000’s platinum album, “Nickel Creek.” He went on to one collaboration after another, including The Punch Brothers and Goat Rodeo with Yo-Yo Ma and Edgar Meyer. He became a master of ceremonies – and more collaborations – during his stint as host of “Live From Here.”

He plays solo as the Friday night headliner of Williamsburg Live, followed by Leyla McCalla, ex of the Carolina Chocolate Drops on Saturday, and The Lone Bellow on Sunday.

Being away last year from performing — and those communal gatherings — became an opportunity to dive into that and other ideas.

Welcome to the restless mind of Chris Thile. And we’re not done yet, not near done yet.

The result of that and other ponderings led to “Laysongs,” his first solo album, just his voice, and his mandolin. It is — no surprise — a provocative and challenging listen. Recorded in a converted church (religion here, there, and everywhere), the disc features six originals and three covers including a version of Buffy Sainte-Marie’s adaptation of Leonard Cohen’s “God Is Alive, Magic Is Afoot” and the haunting closer, bluegrass legend Hazel Dickens’s “Won’t You Come and Sing for Me.”

Working solo reminded him of being an adolescent in church, alone with his thoughts and his doubts. “Is there greater solitude than being a teenager in a church service?” he says. “I just don’t know if there is. You’re sitting there having so many thoughts that you don’t feel like you should be having.”

Thoughts like that girl over there is so hot. And, Oh, God, I’m going to hell for that. And don’t take the Lord’s name in vain. “Anyone who’s grown up going to organized gatherings of any kind, I think there’s a real solitary journey,” Thile adds. “So making this record by myself in a church felt perfect for the kind of thoughts I was trying to get into.”

The album’s centerpiece is Thile’s triptych, “Salt (in the Wounds) of the Earth,” inspired by The Screwtape Letters by C.S. Lewis, a series of letters in which a demon gives his apprentice lessons on corrupting a soul and bringing him to hell (he’s not successful).  “That is really sort of a meditation on the ways in which we develop self-worth,” he says. “I loved using a religious piece of writing from C.S. Lewis to imagine the ways in which our various demons, whether they be inside of us or not, are tempting us out of out of a healthy relationship with our fellow human beings.”

“I think so often the way that we make ourselves feel better is by looking for people to look down on,” he says. “We go, ‘Well, at least I’m better than this person.’ And we do that in so many subtle ways. Salt (In the Wounds) of the Earth is sort of a big meditation on superiority complexes and where do they come from.”

Making the album freed Thile to examine his faith anew. “I think I’ve been a little bit embarrassed that I still enjoy aspects of organized religion, or there’s certain aspects of it that still mean something to me or seem positive despite how many glaringly negative aspects there are,” he says. “That bathwater can be real, real dirty, and you still shouldn’t throw out the baby.”

The last year created a frame for the album. “We were all in the middle of a discourse that is unprecedentedly divided in America, certainly reminiscent of Civil War times,” he says. “We need to be having these discussions. We absolutely need to be sitting there and debating with each other about how best to move forward as a society. But to do so with more love and empathy would be really good. “

On the Lawn of the Art Museums of Colonial Williamsburg